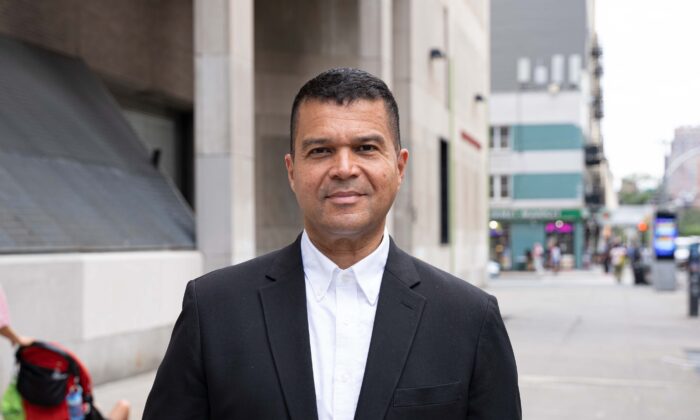 COVID-19 injections may damage the innate immune system in children from properly developing and functioning, according to epidemiologist and researcher Paul Alexander.

People are born with an innate immune system, which is the body’s first line of defense against the many pathogens they encounter.

This training may be disrupted when children are administered the messenger RNA shots based on the initial virus strain. That is because the vaccine antibodies are highly specific in targeting the spike protein and prevent the innate antibodies from doing their job.

“The vaccinal antibodies would bind to the spike antigen, [and] first block the innate antibodies from its functional capacity, which is binding,” Alexander said.

“So it is absolutely critical that the innate immune system, and particularly the innate antibodies very early on in childhood, be allowed this training,” he said.

Without being vaccinated, healthy children are able to eliminate and sterilize the virus to prevent infection, replication, and transmission, Alexander says. That is why children, for the most part, do not show any symptoms or have mild symptoms, especially against the Omicron variant that is dominant in the United States and other countries.

“Children come with this innate immune system, it’s their first line of defense … That is critical and that is why young people, normally young children, do so well against pathogen[s] and they survive in the environment, not having a copious number of years of existence, they’ve not had exposure to a bunch of stuff, to pathogen. Yet, they bump up against these things in the environment and they do well,” Alexander said.

Studies have shown that children have a robust innate immune system that can effectively eliminate the virus.

In September 2020, researchers compared blood samples from pediatric (children and youths younger than 24 years old) and adult COVID-19 patients to try to understand why children had milder disease compared to adults. They found that the pediatric group had certain proteins (IFN-gamma and interleukin-17A) that were not present in the adult cohorts. These proteins play important roles in the innate immune response.

The same researchers provided evidence in a different study in April 2021 on why children fared better when infected with the virus, saying that it was because children’s innate immune response stopped the virus in its tracks before it had a chance to spread.

The study, published in the Journal of Clinical Investigation Insight, involved 27 adults and 12 children who tested positive for COVID-19 at Montefiore Medical Center’s emergency department. The authors found that, compared to adults, children had larger quantities of genes associated with immune cells, including several proteins secreted by immune cells.

None of the children in the study required oxygen, whereas seven adults did and four adults died.

Data also show that the immune system in infants is a “vigilant establishment” that is flexible and can respond to many stimulants.

The authors of a 2018 study wrote that “mounting evidence supports the concept that infantile immunity is in fact a highly regulated, but intellect, orchestrated, functional, and dynamic network of competent molecular and cellular components.

“This wakeful immune scheme plays pivotal roles in protecting the growing and developing infants from pathologic conditions (e.g., inflammatory situations) as well as providing adequate and appropriate defense against infections by promoting immature or deviant to highly mature responses,” they added.

The Push for Vaccination

Although children are generally at low risk for severe disease when they contract the virus and have a robust innate immunity to fight it, health authorities say that children as young as 6 months are recommended for the COVID-19 vaccines.

The Food and Drug Administration (FDA) and the Centers for Disease Control and Prevention (CDC) authorized and recommended the shots for young children last month although the CDC’s own data and several other studies indicated that the vaccinated were more likely to get infected with COVID-19, including Pfizer’s clinical trial in children (pdf).

The FDA also stated in a press release on June 17 that the estimate of the efficacy of the Pfizer vaccine was unreliable “due to the low number of COVID-19 cases that occurred in study participants,” which was based on 10 cases, three in the vaccinated and seven in the unvaccinated.

Alexander says that a governmental health authority that makes a recommendation for vaccination based on a small number of events is concerning and says that there is no data to support vaccinating very young children.

“We know from a scientific point of view, a methodological point of view, that that is a red flag for high risk of overestimating the treatment effect,” Alexander said. “We don’t make policy decisions or any kind of decision on two events or three events in a study.”

“There’s so much uncertainty in terms of what is beneficial or not. And we found when you read the submission, you see that at some point, they reported that children who got multiple infections of COVID were vaccinated. That’s a red flag. We also read that the children who got the most severe adverse events were vaccinated,” he added.

The Danish health authority is taking a different course from the CDC, as it put out guidance in June 2022 that children aged 5 to 17 would not be offered primary vaccination, acknowledging that children “only very rarely have a serious course of COVID-19.” The vaccine would only be administered “after specific medical assessment.”

A new study from Singapore examining the effectiveness of the Pfizer vaccine against Omicron in over 250,000 children aged 5 to 11 between January to April 2022 found that 288 children were hospitalized and 22 suffered a serious adverse reaction to the vaccine.

A serious adverse reaction, according to the Singaporean Health Sciences Authority (pdf), is if it results in hospitalization or an extended hospital stay, a significant reduction in disability or functioning level, a life-threatening illness or death, birth defects, or a medically important event.

Of the 288 hospitalized children, five were given supplemental oxygen. And of the five on oxygen, four were admitted to the intensive care unit, two were fully vaccinated, two were partially vaccinated, and one was unvaccinated. No deaths were attributed to COVID-19.

The authors of the study did not give more information on the adverse events other than mentioning that 22 children (0.005 percent of all doses administered) experienced them.

“The risk of adverse events is roughly more than four times the risk of the child requiring oxygenation or indeed being admitted to intensive care,” Campbell said, adding that “the risk-benefit analysis has changed.”

Vaccinologist and virologist Geert Vanden Bossche claimed in early 2021 that the mass vaccination of people during a pandemic would likely drive the propagation of more infectious variants of the original strain of the virus, thus prolonging the pandemic.

“I mean, in their own right [the vaccines] are of course excellent, but to use them in the midst of a pandemic and do mass vaccination. Because then you provide, within a very short period of time, the population with high antibody titers so the virus comes under enormous pressure,” Bossche said in an interview in March 2021.

The vaccines initially provided over 90 percent protection against symptomatic infection, but after the emergence of Omicron, they became less than 50 percent effective against infection after a short period of time, even after booster doses.

Alexander states that with the continued administration of mRNA vaccines that produce non-neutralizing antibodies that can’t eliminate the virus and stop transmission, the pandemic will not end.

For the pandemic to end, Alexander explains that herd immunity must be reached, and “to get to herd immunity, you need to cut the chain of transmission.”

The FDA, the CDC, Pfizer, and Moderna did not reply to The Epoch Times’ request for comment.