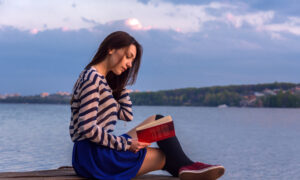 Book Lists: What Our Students Are Reading and Why It Matters
0
Share Now
FacebookTweetParlerEmail
Copy Link 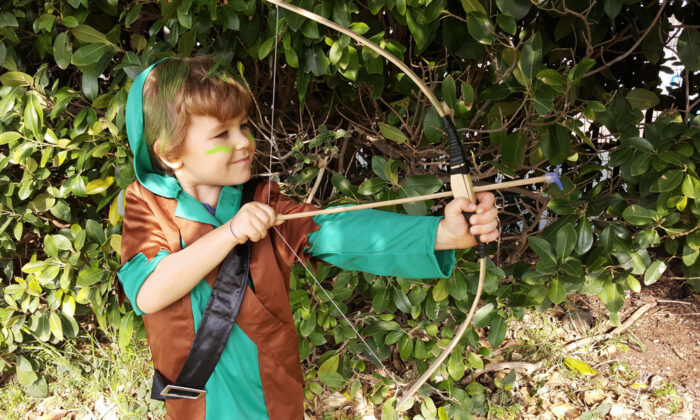 Robin Hood stood bravely against the oppressive powers that were taxing people into misery. Do we still honor his adventurous spirit? (Evgeny Pylayev/Shutterstock)
Traditional Culture

Recently, the students at Gregory the Great Academy in Pennsylvania held their annual Robin Hood Days in a forest on the school grounds. For three days, the boys camped out without tents—it rained the first night—and fired off arrows, wrestled, hiked in the woods, cooked by campfire, heard tales of Robin Hood, sang old folk songs, and gathered for morning and evening prayer and a church service.

The academy offers several similar events throughout the year, designed in part to test the boys and help forge them into men. Though only some 60 students attend St. Gregory’s, the school has won several state championships in soccer and rugby. And in addition to the classical education they receive, these young men study such subjects as art, carpentry, music, and animal husbandry. (The school raises and slaughters pigs and chickens for use in the dining hall.)

When the students graduate, they have read many standard works of literature and philosophy, their religious faith is strong, and they have a solid grasp of history and politics.

Such a bastion of Western civilization—my son-in-law, a graduate, is on the staff, and my oldest grandson is a sophomore—should bring us all a flicker of hope for the future.

But what about our culture at large? What can we do to preserve and promote our civilization?

Sometimes that cause of preservation seems hopeless.

For almost half a century, American culture and our traditional understanding of the past have suffered cuts and blows. As a result of that unceasing assault, what was once the “counterculture” has now become the establishment. This establishment today controls most of our universities, with its ideology infiltrating our elementary and secondary schools, and its graduates serving as the managers and CEOs of many major corporations, as well as in control of many agencies in our federal and state governments.

Whether planned or not, the results of this infiltration are the same. The “1619 Project,” the teaching of critical race theory in our colleges and corporations and even in our military, the scorn heaped on Western literature and art, the denigration of our American history and its heroes, the attacks on “dead white European males”—these are the poisonous flowers grown from seeds planted years ago.

And on it goes.

In his online essay “Disgusting Professorial Teachings,” writer and teacher Walter E. Williams gives us some recent samples from around the country of radicalized university professors. Here, Williams reports what Midwestern States University professor Nathan Jun wrote on Facebook: “I want the entire world to burn until the last cop is strangled with the intestines of the last capitalist, who is strangled in turn with the intestines of the last politician.” New School’s Richard Wolff “has called for the abolition of grades,” claiming that they “are a means of propping up capitalism.” Some of the other quotes by professors include obscenities best omitted from a family newspaper.

Those who seek to abolish our history, indoctrinate us, and cancel our culture are indefatigable in their efforts to subjugate the rest of us.

Because of this domination of our institutions, many people are afraid to speak up when they disagree with certain ideas and changes. College students with differing opinions must censor their speech and opinions, afraid of reprisals should they speak out. Some in the work force fear losing their jobs should they oppose the Marxist organization Black Lives Matter or some governor’s dictate on masks, and rightly so, for businesses and employers have fired employees who took these positions.

This silencing is an effective weapon. It worked well in the past in places like Nazi Germany and Soviet Russia, and continues to work in places like Communist China, North Korea, and Cuba.

And now it’s working in America.

On the other hand, I have met many people who speak up fearlessly for their rights, their opinions, and the preservation of our culture. My editors here at The Epoch Times, a friend in St. Paul, a 19-year-old woman who wrote to me asking how she could encourage truth-telling in our culture, a couple of my children—these and others are stouthearted warriors for tradition.

In an article for The College Fix published last January, editor Jennifer Kabbany looks at professors Rachel Fulton Brown and Bruce Gilley and the attacks they have withstood because of their academic research. Brown, who teaches history at the University of Chicago, came under fire for her defense of Western Civilization and her essay “Three Cheers for White Men,” which celebrated “men’s support for the ideals of chivalry, consensual marriage, the vote, and free speech.” As a consequence, she was denied a promotion to full professor.

Bruce Gilley, professor of political science at Portland State University, has been savaged by his colleagues and others for his academic article “The Case for Colonialism.” Kabbany reports that “the article was later taken down after the journal’s editor [for Third World Quarterly] received credible death threats.” More recently, Gilley’s book “The Last Imperialist” was withdrawn from publication at the last minute without explanation.

Yet both these stalwart professors continue to fight against such suppression. Gilley is still looking for a publisher for his book and has even founded a “Critique of BLM Reading Group” for students, with the usual predictable outcries.

On Kabbany’s article on both Gilley and Brown, Brown offers some excellent advice for the rest of us seeking to preserve the past and our culture: “I have learned through bravery, perseverance, level-headedness and determination they can be beaten … but it takes an iron stomach. And most people cannot summon the strength alone. They need backup. They need allies.” She added: “It’s not easy to remain defiant when it seems like everyone in your entire discipline is gloating over your impending downfall, but it helps if you can laugh …[N]o matter how awful my ordeal, I have kept a smile on my face. I have never let them rob me of my joy, which oddly enough has made my tormentors really very angry.”

The Rest of Us

In a recent conversation, a friend told me that she had just finished watching “The Adventures of Robin Hood” with Errol Flynn and Olivia de Havilland. She remarked on the bravery and candor of both Robin Hood and Lady Marian, and wondered whether most Americans could show such courage today in the face of oppression. Like her, I have watched this film several times—it was the first “late night movie” my parents permitted me to view many years ago, and I showed it several times to my children. And after our phone call, I checked “Robin Hood” out of a local library and watched it again.

And like my friend, the forthright courage shown by Robin and Marian as they face King John and the Sheriff of Nottingham moved me. Both characters spoke out boldly against injustice and acted accordingly. Neither let the fear of imprisonment or even death stop them from doing the right thing.

Unlike professors Brown and Gilley, who are frontline warriors in the culture wars, I am in the rear of that battle. I sit in front of a computer screen many hours a day composing articles such as this one. But the college kid who takes the hits for her opinions in class, the guy who refuses to attend a critical race theory workshop at his place of work, the high school teacher who puts aside the assigned text and teaches the nuances of American history at the risk of her job—these are the real modern-day heroes in the struggle to protect tradition and culture.

The iconoclast H.L. Mencken once wrote: “It is a fine thing to face machine guns for immortality and a medal, but isn’t it a fine thing, too, to face calumny, injustice, and loneliness for the truth which makes men free?”

Let’s follow the advice of Professor Brown about finding allies and living with joy, and then push back against those who would raze our culture and take away our liberty.