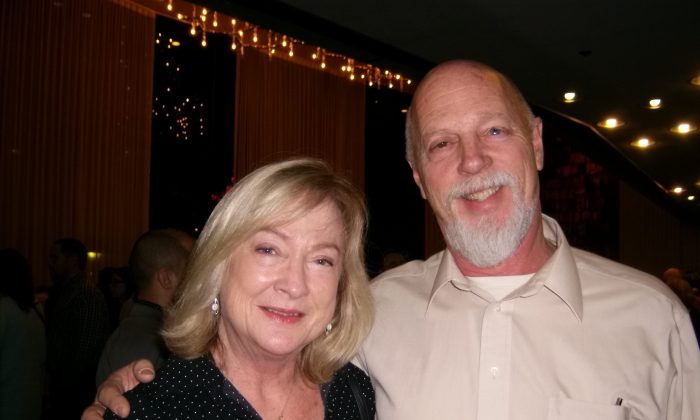 SACRAMENTO—To Verne and Marilyn Taylor, Shen Yun was not only a gorgeous display of classical Chinese dance, but also informative about Chinese culture and spirituality.

Shen Yun Performing Arts is a New York-based company that aims to revitalize traditional Chinese culture through dance and music. When one of Shen Yun’s four touring companies visited Sacramento, Mr. and Mrs. Taylor attended the performance at the Sacramento Community Center Theater on Jan. 12.

“The dance is beautiful, so I would encourage people to come,” said Mr. Taylor, a retired director of public works.

Classical Chinese dance is a comprehensive dance system that has been passed down for thousands of years, according to the Shen Yun website. Many of Shen Yun’s dances tell historical tales and legends, and the performance also features ethnic and folk dances.

Mr. Taylor was particularly fond of the Tibetan ethnic dance “Celebrating the Divine,” in which the dancers wear long white sleeves that represent traditional silk scarves.

Shen Yun’s dancers are accompanied by a one-of-a-kind orchestra that combines Eastern and Western instruments. The company’s website explains, “A Western orchestra plays the foundation, while traditional Chinese instruments lead the melodies. The sound produced is uniquely pleasing to the ear.”

Mr. Taylor was captivated by what he learned about Chinese history and culture. He noted the difference between China’s 5,000-year history and modern China under communist rule.

“They’ve tried to destroy the culture,” he said of the communist regime. “This group is preserving it. I found that terrific, and it’s incredibly well done.”

Shen Yun’s website explains that traditional Chinese culture is built upon respect for the divine and moral values such as wisdom, justice, and benevolence. These values have nearly been destroyed in today’s China, but they are brought back to life in each Shen Yun performance.

Mr. Taylor praised Shen Yun for standing up for freedom of belief in China.

“I think it’s terrific,” he said. “You have to stand up against a government that is persecuting people.”

“I very much appreciate what the message is, and I honor it and I am thankful for them for spreading the word,” Mrs. Taylor said.

She admired “their commitment to not only their art, but their basic beliefs and their spirituality.”

“The whole spectrum was represented there,” she said. “It’s all-encompassing—the spiritual … the athleticism of the acrobatics, just the sheer beauty visually.”