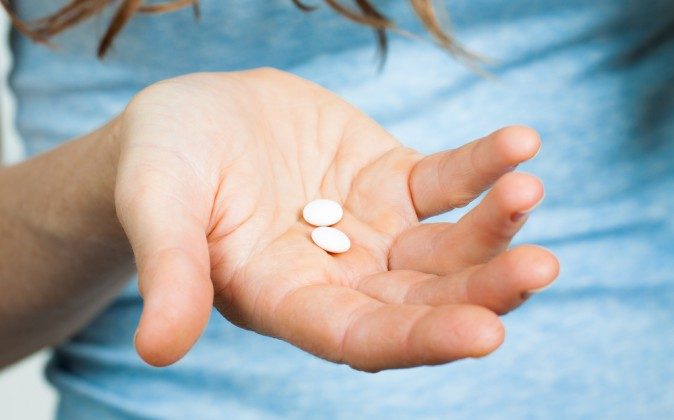 Could Blocking Symptoms Hurt Your Health?

The risks of overmedication with NSAIDs
By Ronald D. Whitmont
biggersmaller
Print

Our health can suffer just as much from overtreatment as it does from neglect.

It’s only natural that we dislike illness—the symptoms certainly are unpleasant. However, symptoms are more than just signs of illness. They are the product of an active fight against it. They actually mean that your body is healing itself.

In his book “Super Immunity,” Dr. Joel Furhman explained: “The symptoms we experience with illness are the body’s natural healing and protective measures. Suppressing these more often than not extends the length of an illness. This is true with fever reducers, decongestants, cough suppressants, and similar remedies.”

Fever, for example, is a carefully orchestrated rise in body temperature, designed to eliminate infectious organisms while simultaneously boosting the immune system. When fever is allowed to run its course unopposed, it has been found to benefit a wide range of conditions, from simple bacterial and viral infections to cancer.

Forcing the body to lower its temperature into “normal” ranges—by using non-steroidal anti-inflammatory drugs (NSAIDs), such as ibuprofen and aspirin, as well as baths and other methods—during the times of infection is associated with more serious long-term side effects.

Reducing fever may improve comfort, but this frequently exchanges a short, acute illness for a protracted condition that may ultimately require more medical intervention.

The long-term consequences of suppressing the immune system can be profound. Leading the list of routinely overprescribed and overused medications that relieve symptoms and suppress the immune system are NSAIDs.

NSAIDs are the most widely used class of medicines in the world. Aspirin and ibuprofen are among its most common members.

Used alone and according to guidelines, NSAIDs are responsible for more than 20,000 deaths and over 100,000 hospitalizations every year in the United States, the report stated.

Complications related to these drugs are well-known and span almost every organ system. The most alarming concerns include damage to the gastrointestinal tract, the heart, and the kidneys, but the brain and lungs are also adversely affected.

This group of drugs is responsible for nearly 20 percent of all hospital admissions for congestive heart failure, reported Australian researchers in the journal Archives of Internal Medicine in 2000.

Cancer. Even short-term use of NSAIDs is associated with a 50 percent increase in the risk of developing renal cell cancer. After 10 years, the relative risk rises to 300 percent, according to a study from Harvard Medical School published in the Archives of Internal Medicine in 2011.

Kidney Damage. The risk of developing kidney failure is three times greater in NSAIDs users and up to four times more frequent when recommended dosages are exceeded. The risk of kidney injury is even more profound when dehydration is simultaneously present, a common factor among athletes who regularly medicate before, during, and after training.

Anyone who exercises while using NSAIDs plays roulette with a multitude of disastrous side effects, particularly those that affect the kidneys and the gastrointestinal system, which are extremely sensitive to the effects of even mild exercise-induced dehydration.

These drugs are also a common cause of kidney failure in children and adolescents, even when correct dosages are utilized.

Arthritis. NSAIDs are frequently taken for musculoskeletal injuries and arthritis, even though their chronic use accelerates the progression of arthritis, decreases joint space width, downregulates chondrocyte proliferation, and inhibits synthesis of proteoglycans, collagen, and cellular matrix components.

All of this combines to make arthritis worse. These drugs damage cartilage, weaken bones, and prolong the healing of broken and injured bones and soft tissues.

“NSAID use can and does alter certain fundamental processes involved in the normal healing of injured tissues. … Fracture healing and tendon-to-bone healing appears to be particularly susceptible to inhibition,” states a 2008 report from the University of Medicine and Dentistry of New Jersey published in the journal Drugs Today.

Erectile Dysfunction. NSAID use is associated with erectile dysfunction in men.

This group of drugs has also been directly implicated in lung injuries leading to asthma, fatal gastrointestinal bleeding, and liver damage.

NSAIDs are commonly used in the routine treatment of many acute illnesses, such as colds, influenza infections, earaches, and fevers.

These drugs act through several different pathways that inhibit production of cyclooxygenase and prostaglandin, important immune-system mediators responsible for protecting the body from infection. In essence, they act to suppress immune-mediated inflammation, which is one of the most basic defenses utilized by the immune system to protect the body from infection.

Blocking pain and inflammation blunts the immune response, prolongs illness, and delays recovery time. Research shows that the use of widely available NSAIDs after infection or vaccination may lower the body’s defenses. This may be especially true for the elderly, who respond poorly to vaccines and heavily use NSAIDs.

The use of NSAIDs to manage hangover symptoms is also not a good idea. The combination of dehydration and alcohol-induced damage to the mucus lining of the gastrointestinal tract are exacerbated by these drugs.

Before you reach for a bottle of your favorite NSAID, please think of the possible consequences.