Coronavirus Patients May Not Show Symptoms for Over 3 Weeks, Study Says 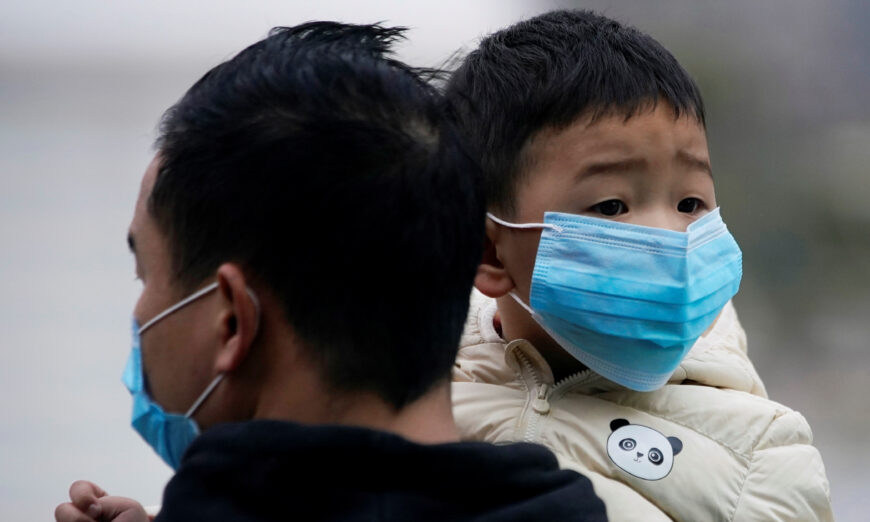 Passengers wearing masks walk outside the Shanghai railway station in Shanghai, China, as the country is hit by an outbreak of the new coronavirus, Feb. 8, 2020. (REUTERS/Aly Song)

The incubation period for the new coronavirus can be as long as 24 days, according to the largest-study yet analyzing patients of the disease.

The Feb. 9 study, which has yet to be peer-reviewed, was led by renowned Chinese respiratory doctor Zhong Nanshan and written in collaboration between 37 Chinese researchers. It analyzed around 1,100 patients across 31 provinces and 552 hospitals, and found that the median incubation period is 3 days, lower than a previous estimate of 5.2 days.

The researchers also could not exclude the possibility of super-spreaders—a sick individual who can infect a large number of others.

The study also found further evidence of human-to-human transmission: around 160 people—26 percent of non-Wuhan residents—did not travel to Wuhan recently prior to contracting the virus, nor did they have any contact with Wuhan locals.

“The 2019-nCoV epidemic spreads rapidly by human-to-human transmission,” it concluded.

Additionally, only around 1.2 percent of all patients had direct exposure to wildlife. Chinese authorities had previously linked the coronavirus outbreak to the wholesale live animal and seafood market in the suburbs of Wuhan, the epicenter of the viral disease.

According to a recent study published in the New England Journal of Medicine, the number of viral infections doubled every 7.4 days during the outbreak’s early stages.

Zhong previously referred to early February as the peak of the outbreak, although he has since revised this position, saying the peak period could arrive in the coming days.

In a Feb. 8 interview with the Chinese state broadcaster CCTV, Zhong struck a positive note but said it would be “too early” to determine the inflection point based on the current discharge rate and the number of new cases, noting “different standards for discharging patients.”

The researchers also raised concerns about possible transmission through fecal contamination. Scientists first raised alarms around such a prospect upon detecting traces of coronavirus in the fecal matter of the first infection person in the United States.

Sean Lin, a U.S.-based microbiology expert and former virology researcher for the U.S. Army, said the finding raised a major health concern, especially for those who are under self-isolation at home.

“When you flush the toilet, things may enter into the building’s sewer system, and if [there’s] any … contamination with a local water source, then it could be problematic,” he told The Epoch Times. Swirling water in the toilet bowl could also cause virus particles to enter the air and create harmful aerosols, which is one reason one should keep the toilet lid down when flushing, he added.

From a different perspective, the detection of virus traces in patients’ gastrointestinal tracts could suggest the virus to be well adapted to other human organs in addition to the lungs and the respiratory tracts. The reported cases of diarrhea, according to Lin, likely indicate a high concentration of the virus in the gut.

During the Severe acute respiratory syndrome (SARS) outbreak, Amoy Gardens, a Hong Kong housing complex in the Kowloon area, saw 321 falling ill as of April 2003, and authorities believed the contamination of the sewer system and human-to-human transmission were both partly to blame for the mass infections.

Hong Kong officials evacuated around 100 people from a high-rise residential building on Feb. 10 after two residents on separate floors contracted the coronavirus. The apartments share the same drainage system. The health department staff have collected feces samples for testing.

The virus can also be transferred through contact, known as fomite transmission—for instance, when an individual touches tainted objects before touching one’s eyes, nose, or mouth, or other membranous areas, which are more vulnerable to viral attacks.

On Feb. 8, Shanghai health officials confirmed that the deadly virus can spread through aerosols—meaning that one can get sick by inhaling the virus particles in the air.

On the same day, the U.K. government classified the coronavirus as an “airborne high consequence infectious disease,” referring to diseases that can spread through respiratory droplets or aerosol transmission.

Additionally, the study found that only less than half of the patients exhibited signs of fever at the onset of the illness, although a majority of them (around 88 percent) developed fever following hospitalization.