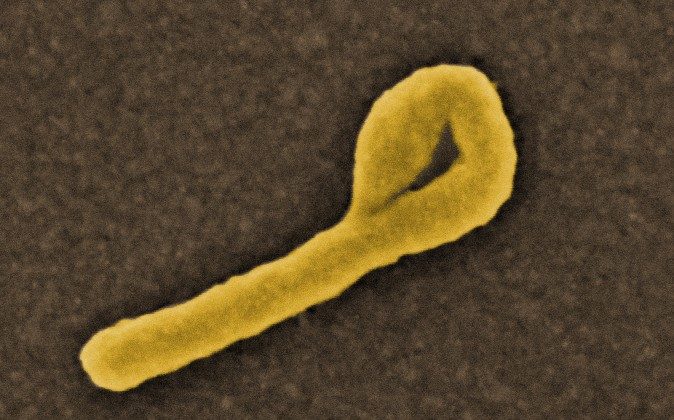 Containing the International Spread of Ebola

The West African Ebola virus outbreak is already the largest of its kind, both in terms of numbers and geography. And with the most distant parts of the world less than a day’s flight away, it isn’t too difficult to imagine Ebola virus spreading.

If someone infected with Ebola virus vomits, bleeds or has diarrhoea on a flight, there is an opportunity to transmit the infection to others on the plane.

Air travel has already introduced Ebola virus into Nigeria’s bustling metropolis of Lagos. The sick passenger died in Lagos at the end of July but the infection had already spread to nine other people.

Some countries, such as the Ivory Coast and Saudi Arabia have banned incoming flights from Guinea, Sierra Leone and Liberia, the Ebola-affected countries. Other countries may follow.

The World Health Organization (WHO) does not recommend a general ban on travel to countries not affected by Ebola. But ease of access to air travel means all countries, including Australia, need to be vigilant for possible imported cases.

Knowing the incubation period of an infectious illness is important to determine if it is safe to bring a suspected case out of quarantine.

Ebola virus infection has a fearsome reputation among the general population for quickly causing uncontrolled and ubiquitous bleeding. But while this can occur, infection usually begins as a flu-like illness with fevers, muscle aches and generally feeling lousy. Australians with seasonal influenza would report similar symptoms.

In West Africa, malaria presents in this way. If health-care workers didn’t know there was an Ebola virus outbreak going on, they would almost certainly attribute these symptoms to another illness.

As the infection progresses, people can develop a variety of symptoms ranging from diarrhoea, vomiting, abdominal pain, a cough, breathing difficulties, red eyes and swelling. Around day five of illness, a rash may appear.

People who recover tend to improve six to 11 days into the illness. In the current outbreak, this happens around 45% of the time (1,848 cases and 1,013 deaths as of August 9), which is higher than previous outbreaks.

For the other 55% of cases, however, the organs and blood clotting system of the body shut down as an irreversible decline sets in, leading to death.

The Infectiousness of Ebola Virus

In infections such as influenza, cases may be infectious to other people before they feel unwell. People with Ebola virus infection, on the other hand, are only infectious after becoming sick. This makes it just a little easier for health authorities to limit transmission.

In the current outbreak in West Africa, human-to-human transmission is responsible for the ongoing epidemic. Contact with infected body fluids through broken skin or mucous membranes (e.g. the eyes and mouth) can transmit the virus to others. This even applies to dead bodies, which makes funerals potentially dangerous.

With one billion people travelling overseas each year, it’s never been easier for an infection in one part of the world to reach another.

The WHO last week announced that the Ebola outbreak met the conditions for a “public health emergency of international concern” and recommended countries with Ebola check everyone leaving the country for possible infection. This is called “exit screening” and involves measures such as questionnaires, information sheets and measuring the temperature with thermal scanners.

In countries that don’t have Ebola, the WHO stated there should be “no general ban on international travel or trade” to those countries with Ebola.

It also recommended all countries have the capacity to identify and deal with travellers coming back with a fever from a nation with Ebola. This is called “entry screening” and often involves the same strategies used in the “exit screening”.

During the SARS outbreak, however, both exit and entry screening strategies failed to detect many cases. The virus spread from Asia to various parts of the world, especially to Canada.

There may not have been many cases of SARS among travellers to explain its limited detection on airport screening. But there were other possibilities too that can be applied to Ebola virus as well as SARS. Some infected people may be in the incubation period so they genuinely aren’t sick at the time of the trip.

Alternatively, some people might be sick but would not declare their illness for fear of quarantine. They may have evaded the thermal scanners by taking medication to hide their fever. Others with the illness may naturally not have had a fever at the time of thermal scanning.

But despite the limited detection rate of the airport screening process during the SARS outbreak, it was still thought to be a useful way to educate incoming travellers about what to do and where to go if they became sick.

Sanjaya Senanayake does not work for, consult to, own shares in or receive funding from any company or organisation that would benefit from this article, and has no relevant affiliations. This article was originally published on The Conversation. Read the original article.