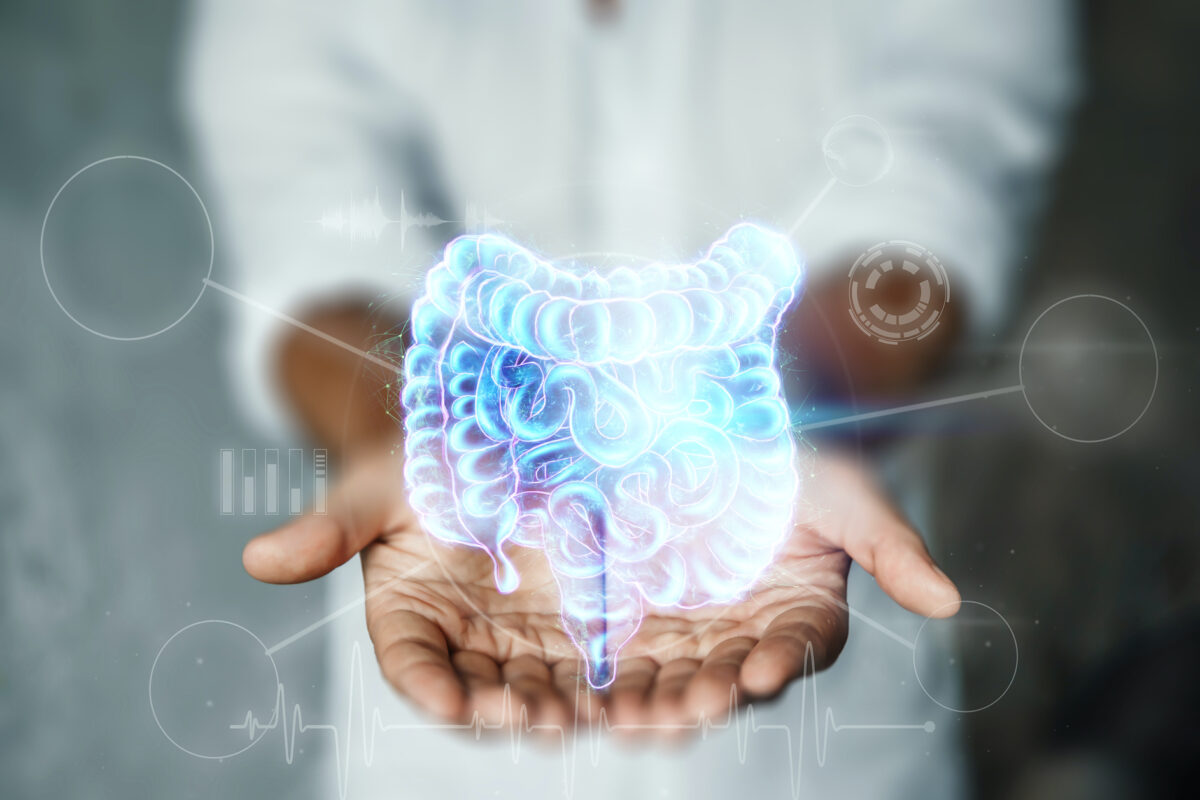 Constipation can be a grueling condition for those who suffer from it regularly. There are many causes of this blockage, and some practical approaches to prevent it.(Marko Aliaksandr/Shutterstock)
Health Conditions

Many factors can cause this common malady, but there are some effective ways to prevent it
BY Peter Weiss TIMEFebruary 9, 2022 PRINT

D.D. was a 49-year-old normally very pleasant woman who came to see me after four days of increasing pelvic, lower abdominal pain. She went to a local urgent care center where they told her she must have an ovarian cyst. Her ultrasound, however, was negative. It wasn’t rocket science to figure out what the problem was.

Poor D.D. hadn’t had a regular bowel movement in five days. She did have a few small, hard movements, which is what threw off the urgent care doctor. I repeated the ultrasound and was able to show her just how much stool she had in her system that was aching (literally) to come out.

Normally I would suggest some simple natural remedies, but she needed the big guns. She found success with a combination of glycerin suppositories and a good old-fashioned enema. When she returned, I put her on a more natural course to happy bowel movements.

My father once told me when he was old, that the two most important things in an older person’s life were a good night’s sleep and a good bowel movement. I am sure many can relate.

Constipation is commonly defined as having fewer than three bowel movements in a week, or having hard, dry, lumpy stools that are difficult to pass. Approximately 4 million people in the United States have frequent constipation. It’s the most frequent gastrointestinal complaint, resulting in roughly 2.5 million doctor visits each year.

At some point, we have all suffered with the miserable feeling of being constipated. For most of us, simple prevention methods work:

These strategies to prevent constipation also give insight into some of the wide range of things that can cause it.

As food moves through our bowels, the colon (large intestine) absorbs water while forming the stool (waste products). Peristalsis (muscle contractions) of the colon then push the stool toward the rectum. By then, most of the water has been absorbed and the stool is now solid. When the muscle contractions of the colon move too slowly, then too much water may be absorbed, resulting in hard-to-pass stools and constipation.

While this is one explanation for constipation, there are others. There are also several factors that can affect how quickly colon muscles contract. Here are some of the possible causes of constipation.

Medications: Many prescribed medications have the side effect of causing constipation. Heartburn medications with aluminum or calcium are a common cause. Certain antidepressants and diuretics are also common culprits. You really need to check with your doctor or pharmacist about each medication you’re taking.

Lack of exercise: This is another very common cause that most people don’t realize. Even a good, long walk may be enough to prevent constipation.

Not drinking enough fluids or eating enough fiber: These are common causes. Without enough water and fiber, you simply don’t have the required components of a good bowel movement.

Simply “holding it in”: Don’t ignore your body’s signals to have a bowel movement. You’d be surprised how often we find this as a cause.

IBS, also known as irritable bowel syndrome, is a common cause. It may also be a cause of diarrhea. There are two differentiators, IBS-C (constipation) and IBS-D (diarrhea).

Diabetes may affect the nerves of the colon, which can slow down the movement of the stool, which then leads to constipation.

Hypothyroidism is another cause of constipation. So are neurological conditions such as multiple sclerosis (MS), Parkinson’s disease, and spinal cord injuries.

Crohn’s disease, while more commonly associated with diarrhea, may also cause constipation.

Traveling, change in diets, and pregnancy are also common causes.

As a purely medical condition, constipation is over self-diagnosed. I have had patients who complain about being constipated, and yet they have daily bowel movements and no problem eliminating. They just “feel constipated.”

But for many people, constipation is a difficult condition that causes severe discomfort. Sometimes it can be difficult to figure out what’s causing it.

One way doctors try to uncover the cause of chronic constipation is a barium enema, which evaluates the colon using a radio-opaque material to see what is going on in the colon. There are colon transit studies, as well as a WMC (wireless motility capsule) that measures gastric emptying as well as small and whole gut transit times.

Between 1997 and 2010, the number of hospitalizations for patients with a primary discharge diagnosis of constipation increased from 21,190 patients to 48,450, according to research published in The American Journal of Gastroenterology.

The bottom line, constipation has affected all of us at some point in our lives, and many times for many of us. Hopefully, your constipation was only a temporary setback to a full and healthy life. However, for those unfortunate enough to suffer from significant frequent constipation, it’s a debilitating disorder that must be recognized and treated.

We all need a good night’s sleep and a good bowel movement.

“I wish that being famous helped prevent me from being constipated,” quipped Marvin Gaye.