Company Owner Enjoys the Concept of Faith at Shen Yun 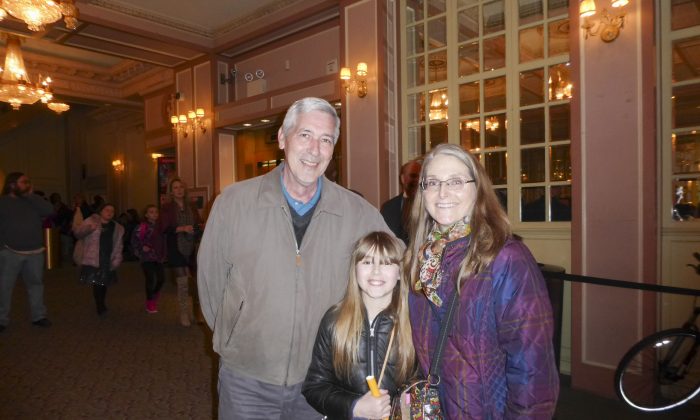 John Creavey, his wife, Suzanne, and his daughter, Annie, enjoyed a performance by Shen Yun Performing Arts at the Merriam Theater, in Philadelphia, Pa., on Feb. 23, 2018. (Frank Liang/The Epoch Times)

“The coordination, the dancing, the music—it was wonderful. The way they used the film [digital backdrop] with the live action was very unique and well done. It added another dimension to the show.”

“It was better than a day of school [for my daughter], and a good look at culture, part of the history of China that you don’t often see.”