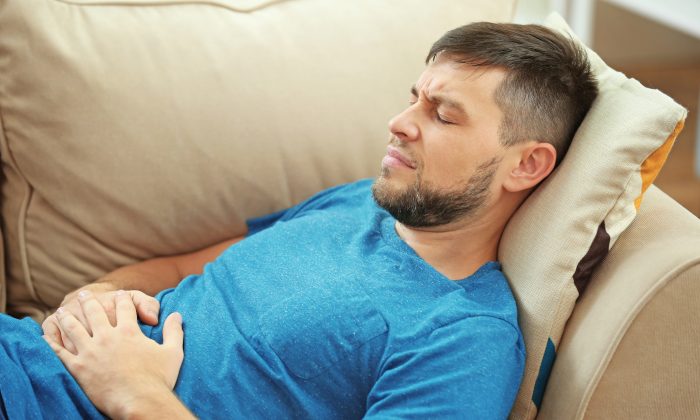 A recent study by the American Cancer Society is a reminder that while this type of cancer is rare in the young, no one should ignore symptoms just because the person is a 20- or 30-something.

“We think these are very important findings,” said cancer society epidemiologist Rebecca Siegel, who led the research. “We’re not claiming they have a high risk of disease. It’s just increasing rapidly.”

How to Diagnose Colon Cancer (Video)

It’s a puzzle about what otherwise has been progress against the nation’s third most common cause of cancer. There are about 135,000 new cases of colorectal cancer each year, the vast majority among people 50 and older. Fewer than 15,000 diagnoses are made annually in people younger than 50.

Someone born in 1990 appears to have double the risk of colon cancer and four times the risk of rectal cancer as the generation born in 1950.

Overall, rates have been dropping in recent decades, by about 3 percent a year since 2003. That’s thanks in part to screening tests such as colonoscopies that not only can diagnose tumors early but prevent them by removing precancerous growths. Such screening typically starts at age 50.

The cancer society has long known cases were rising among young people, but the study published March 7 in the Journal of the National Cancer Institute took a closer look—and found rectal cancer is driving the problem.

Rates of rectal cancer are increasing by about 3 percent a year in 20- and 30-somethings, and by 2 percent a year among the 40- to 54-year-old age group, the study found. Colon cancer rates are rising by smaller amounts in those age groups.

In fact, someone born in 1990 appears to have double the risk of colon cancer and four times the risk of rectal cancer as the generation born in 1950, Siegel said.

“It appears as though the underlying risk of disease is increasing,” she said.

No one knows why. Risk factors include obesity, lack of physical activity, a diet high in red or processed meat and low in fruits and vegetables, smoking, heavy alcohol use, and a family history of colorectal cancer.

The new study confirms what Dr. John Marshall sees in his Georgetown University clinic, where a growing number of patients are well under 50. He recently saw a 17 year old.

“It’s a very serious problem,” said Marshall, who directs Georgetown’s Center for the Cure of Gastrointestinal Cancer. Few have traditional risk factors, he added, saying other suspects include changes in the protective bacteria that line people’s digestive tracts.

“If somebody comes in at 28 years of age with some rectal bleeding, most emergency rooms or primary care docs are going to say it’s probably a tear, it’s probably nothing,” Marshall said.

Symptoms include blood in stool; unintended weight loss; and cramps or abdominal pain.

Even before the study came out, the cancer society had been set to review its screening guidelines this year. Marshall doesn’t expect screening to be seen as practical for younger people.