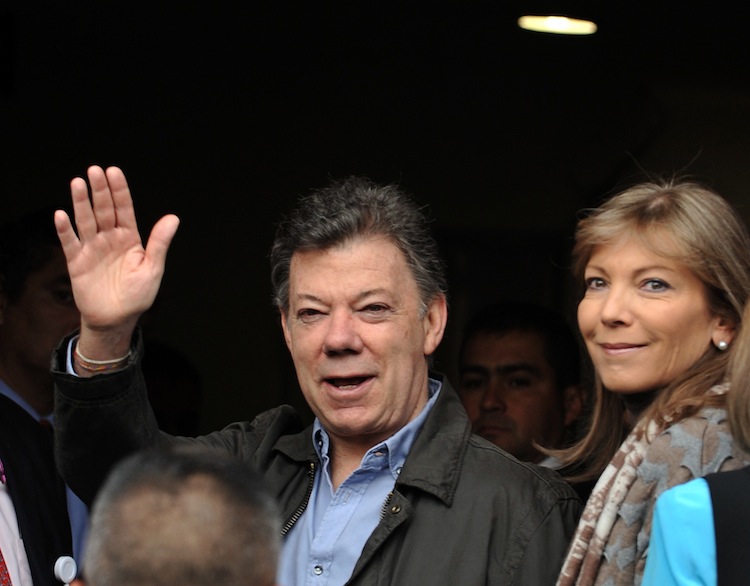 Colombian President Juan Manuel Santos is recovering on Wednesday after successful surgery to remove non-aggressive prostate cancer, according to reports.

Doctors for Santos, 61, told the Wall Street Journal that there were no complications caused by the surgery. Santos will remain in the hospital for two to three days and is expected to make a full recovery.

“The time has come. I am going in and I am optimistic,” Santos told the media before he underwent surgery, according to Colombia Reports. Santos said he “warmly thank[s] warmly the many Colombians who have sent me messages, solidarity and positive energy.”

When Santos announced Monday that he has cancer, he said he would still be able to perform his responsibilities as president.

His government will hold talks with with the Marxist Revolutionary Armed Forces of Colombia, or FARC, in the coming weeks to try to come to an agreement on how to stop a decades-long conflict.