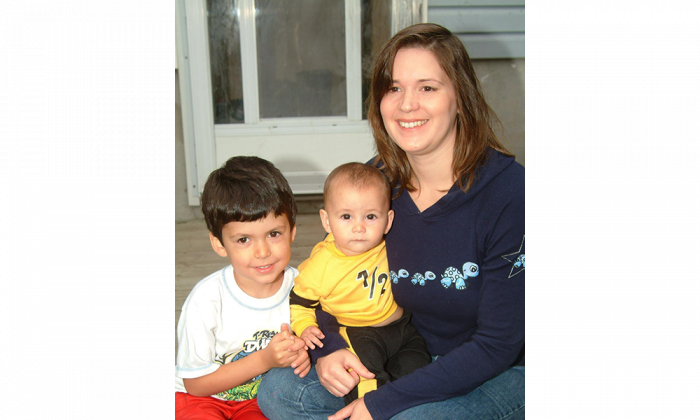 Stacey Mathias-Greer of Sudbury, Ont., has chosen not to have her sons Satya and Darshan immunized. The Canadian Medical Association is calling for parents to provide proof to school officials that their children have been vaccinated. (CP PHOTO/Gino Donato)
Canada

CMA Wants Parents to Give Schools Proof of Child’s Immunization

HALIFAX—Canada’s doctors stopped short of advocating for mandatory vaccinations for children Wednesday, Aug. 26, calling instead for parents to provide proof to school officials that their children have been vaccinated.

A resolution passed at the Canadian Medical Association’s annual general meeting in Halifax called on governments to authorize elementary and secondary schools to require parents to declare their child’s immunization status.

The resolution also called for public health officials to have discussions with parents if their children are inadequately immunized.

“I want to stress that the proposal does not call for mandatory vaccination, but rather an approach that allows appropriate public health measures to protect vulnerable children in the event of an infectious disease outbreak,” CMA president Cindy Forbes told a news conference.

The resolution also called for public health officials to have discussions with parents if their children are inadequately immunized.

Ontario and New Brunswick are the only provinces that currently require immunization records when a child is being registered for school.

Forbes said it’s critical that health officials reach out to educate the public on the importance of immunization, but she said the proposal does not call for mandatory vaccination because doctors realize people don’t want to be told what to do.

“It really kind of inflames the conversation and we’re looking to have a very reasoned, rational conversation with our patients.”

When asked to clarify whether parents would have to provide proof to schools, Forbes was clear.

“That is what we are asking, that there’s some proof that they’ve been immunized,” she said.

Forbes said the CMA views its resolution as a checkpoint for gathering the information needed as health officials try to boost vaccination rates.

She said with many provinces having different immunization schedules the CMA is looking for federal leadership, or at least an alliance of the provinces, in establishing a national registry of immunizations.

“In order to be successful in having this checkpoint a national registry of immunizations would be essential,” Forbes said.