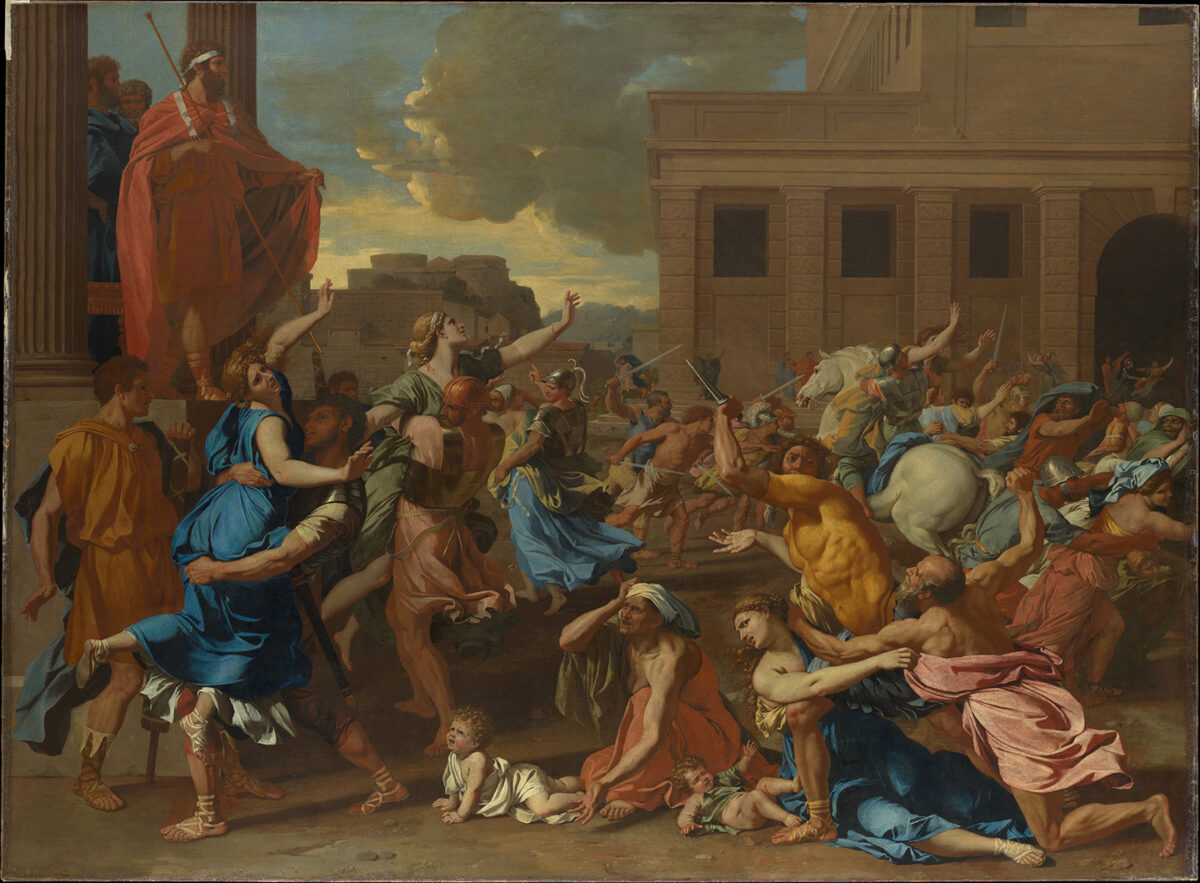 The spring of 2022 was an extraordinary season for French art in the United States. At the Getty Center in Los Angeles, the exhibition “Poussin and the Dance” delved into the Baroque master Nicolas Poussin’s pictorial choreography and showcased a number of paintings executed in Rome during the 1630s. Meanwhile, at The Metropolitan Museum of Art in New York City, “Jacques-Louis David: Radical Draftsman” surveyed the practice of drawing in Jacques-Louis David’s long and turbulent career around the time of the French Revolution.

Spanning two centuries, the works of art exhibited at the venues come from public and private collections around the world, and trace the development of French painting at two crucial junctures in its history. The works of these two artists attest to the enduring legacy of ancient Greece and Rome in driving the stylistic innovations in the modern age.

Poussin’s Rome was the major European center for antiquarian learning. Arriving in the Eternal City in 1624, he found a vibrant culture that succeeded the artistic flowering of the Renaissance. As powerful patrons and erudite scholars amassed impressive collections of Roman art, they also commissioned new works in the spirit of the antique. Thus Poussin, working in this milieu, developed a figurative style powerfully animated by the study of ancient sculpture. His arrangement of figures in a horizontal grouping evokes the format of the Roman sarcophagus, the marble surfaces of which were often decorated with a sculptural frieze in high relief—that is, a long stretch of deeply carved bodies.

And among the many antiquities on view in the papal city, the “Borghese Dancers” particularly inspired the French artist. It was carved in the second century, and by the 17th century it hung at the Villa Borghese above the door of the grand gallery. Joining hands, the five dancers spring with light-footed steps as a breeze presses the thin veil against their moving bodies.

Poussin transported this figure group into many of his paintings, capturing the horizontal axis of the frieze in the movement of a circular dance. His piece “Dance to the Music of Time” (circa 1634–1636) exemplifies this classic compositional formula, and the carefully modeled figures show a stylistic imitation of the marble’s high sculptural relief. With line and paint, Poussin gave the dancers a weightless grace and a visible rhythm that rivaled even that of the ancient dancers.

No such festive pleasure is seen, on the other hand, in Jacques-Louis David’s austere history paintings such as the famous “Oath of the Horatii” (1784) and the “The Death of Socrates” (1787). In the century following Poussin’s demise, the taste of the French Baroque had gradually evolved into an elaborate, theatrical, and ornamental style in the visual arts, known as the Rococo. Yet toward the second half of the 18th century, fostered by continuing antiquarian studies and archaeological explorations, a new appreciation for ancient Greek and Roman aesthetic again spread throughout Europe. This found a special manifestation in David’s works.

In his “Horatii,” David depicted a scene from a Roman legend, in which three brothers swear to fight for their country in single combat. As the men stand in an angular pose with stoic determination, their sister swoons, for she is betrothed to one of their enemies and must lose someone she loves. In composing the scene, David tightly reduced the story into its most basic elements, arranging the figure groups into a frieze against a solemn Roman arcade.

Such a design recalls Poussin’s imitation of the Roman sarcophagus, but David’s laconic expression emphasizes the sharp juxtaposition between masculine patriotism and feminine sentimentality. Here, the ancient civic heroism of the Horatii becomes a potent symbol, which spoke to the agitated political moment at the dawn of the French Revolution.

Then three years later, with “The Death of Socrates,” David sought to convey an even stronger moral tale: The Greek philosopher would rather die in order to uphold his faith in truth. Thus, Socrates sits upright on his deathbed, passionately lecturing still, as his hand reaches for the poisonous hemlock. His disciples gather around in desolation—some listen intently, and others weep and wail. Plato, in a gray robe sitting at the left, lowers his head lost deeply in thoughts.

In this picture, David again conjured up the ancient frieze structure and set the figures in dramatic lighting to accentuate a sculptural severity. Through assimilating this classic visual language, David successfully created a modern interpretation of an episode of ancient virtue, which resonated with the high intellectual ideals of the neoclassical movement.

Working across two centuries, the two major tastemakers of the French school both found their inspiration in distant antiquity. Yet both made ancient art speak to the present and crucially shaped the direction of modern painting. Therefore, the aesthetic influence from antiquity, combined with the incorporation of the present culture, formed the powerful art tradition we now classify as classical realism.

Da Yan
Follow
Da Yan is a doctoral student of European art history. Raised in Shanghai, China, he lives and works in the Northeastern United States.
SHARE
Friends Read FreeCopyFacebookTweet
You May Also Like