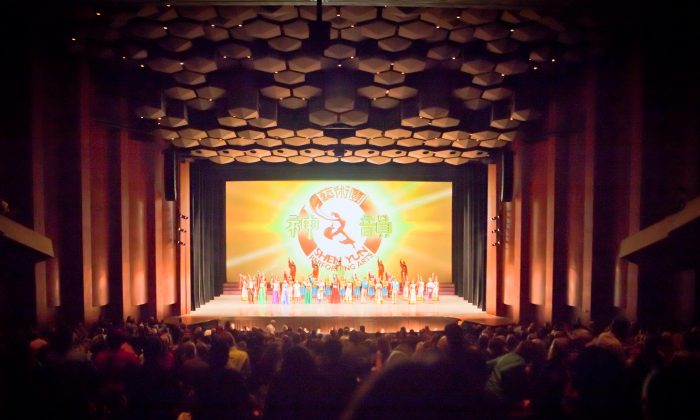 HOUSTON—Scott Morrow and his wife wanted to do something special for the new Chinese student they are hosting, to celebrate her birthday.

“We’re all just taking in her culture, and get a sense of her culture,” said Mr. Morrow, who works for ABC 13 in Houston, and also owns a dance studio with his wife.

Based in New York, Shen Yun aims to revive 5,000 years of Chinese culture.

“It’s really beautiful to see they use postures and hand movements very differently from than the dancers in our country,” Mr. Morrow said.

According to the Shen Yun website, Chinese dance is known for its incredible flips and spins, as well as its elegance. “It is one of the most rigorous and expressive art forms in the world,” says the company’s website.

“Just the way they express [is] much deeper than just movement through their legs or through their eyes, they’re really using their hands to express, so it’s really interesting,” he said.

According to the Shen Yun website, “Soaking up profound wisdom from every era and dynasty, [classical Chinese dance] has become a complete system of dance embodying traditional aesthetic principles with its unique dance movements, rhythms, and inner meaning.” The company has an entire section on its website explaining the background behind classical Chinese dance.

Mr. Morrow noted other features in the performance that stood out to him, including a solo by a soprano who sings Chinese lyrics in the bel canto style, and the animated projected backdrops.

“I loved that, it helped me follow the story really well,” he said.