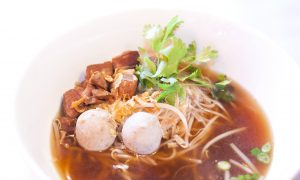 How to Find Authentic Thai Food in America
0 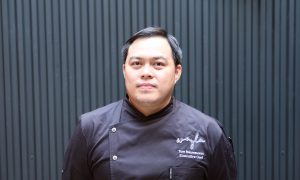 A Chef's Memories From the Markets of Bangkok
0 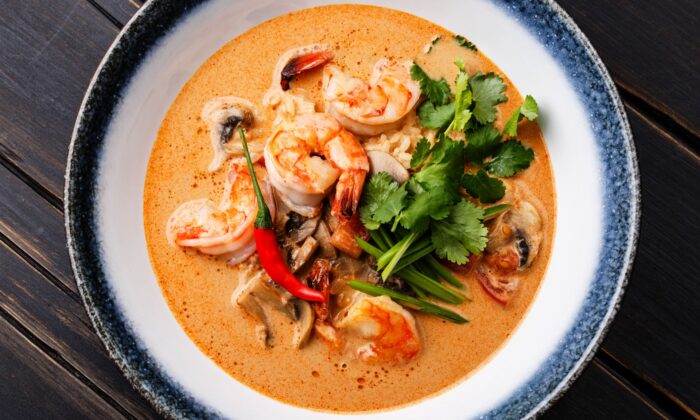 Use the overlooked roots to make an aromatic Thai stock, your gateway to homemade tom yum and beyond
By Ari LeVaux
Print

Every inch of the cilantro plant is edible, but the seeds (aka coriander) and leaves get most of the attention.

At the farmers market the other day, I spotted a bunch of cilantro with the roots still attached. I brought a bunch of those intact plants home and ate the leaves in tacos that very night.

Cilantro roots are mellower than the leaves and seeds, but still have that unmistakable penetrating cilantro flavor. The next day, based on a tip from Kou Moua, my cilantro root source, I prepared a pot of Thai stock. Kou said his mother-in-law in Fresno, Montana, makes the best cilantro root soup. In a whimsical lilt, he rattled off a list of familiar ingredients from Southeast Asia.

Cilantro parts, including seeds, leaves, and roots, abound in Thai cuisine. The strong cilantro flavor is often balanced with equally assertive ingredients, which together make the cilantro’s flavor less glaring.

But not everyone is on board. Many find cilantro to taste soapy or worse—sometimes with a toxic flavor that’s been likened to the juice of unexpected bugs in your salad. Julia Child famously boasted of plucking cilantro leaves from her food and unceremoniously tossing them on the floor.

A minority of cilantro-haters are truly genetically averse to it, reacting to the aldehyde molecules that give the plant its unique flavor. But most cilantro haters simply haven’t had the proper introduction necessary to acquire a taste for it.

A trip to Thailand would probably cure that, but a pot of this magical Thai stock is a more accessible alternative, providing you can get the ingredients. My local store has all of them except cilantro root, and any farmer or gardener with cilantro in the ground has loads of that.

Like any stock, this one can be the gateway into many dishes. It’s only a few ingredients shy of tom yum, the iconic Thai sour soup that is often served with prawns. It’s also the base of the legendary chicken coconut soup called tom kha gai. In the recipes below, I’ll explain how to make a Thai stock, and how to use it to make tom yum and tom kha gai.

The next time you look at a bunch of cilantro, you will look longingly at the spot where the roots should be. But there is no reason to act helpless. If you plant a crop of cilantro now, you will have roots in a month.

While you wait, eat some leaves. When it flowers, eat the flowers. When the remaining flowers make seeds, enjoy your coriander. Or let them fall and plant themselves.

Once you welcome cilantro into your garden, and your life, it tends to stick around.

In a large stockpot, heat the oil and fry the onions over medium heat until they are translucent, about 10 minutes.

Stir in the garlic, lemongrass, galangal, turmeric, lime leaves, chile, ginger, and cilantro roots. Add 2 cups of water and turn the heat to high. Cook for 10 minutes with the lid on.

Add the rest of the water and bring to a near boil, then turn the heat to medium-low. Simmer for an hour, covered.

Turn off the heat and let the stock cool to room temperature. Strain, and store in the fridge for up to a week. Then freeze.

Most restaurants in the United States serve tom yum with seafood such as shrimp, fish, or mussels. You can also add pork, or even (gasp) go protein-free.

Heat the stock over medium heat. Add the tomatoes, fish sauce, lemongrass, and lime juice. Check seasonings and adjust with more lime juice and fish sauce to taste. It should be plenty sour.

Add the proteins and extra veggies and cook until done. Remove the woody and strong-flavored lemongrass if you wish. Garnish and serve.

This soup is typically made with boiled chicken—tom kha gai literally means boiled chicken with galangal root—but I have to say a rotisserie chicken does a nice job, too. It doesn’t have the same chewy texture, but it’s quick and delicious.

This recipe is built on a base of plain tom yum without any extra protein (other than the chicken we are about to add).

Heat the tom yum over medium heat. Add the chicken, galangal, mushrooms, and coconut milk. Bring to a simmer and keep it there for 30 minutes.