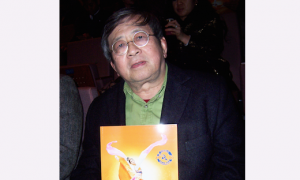 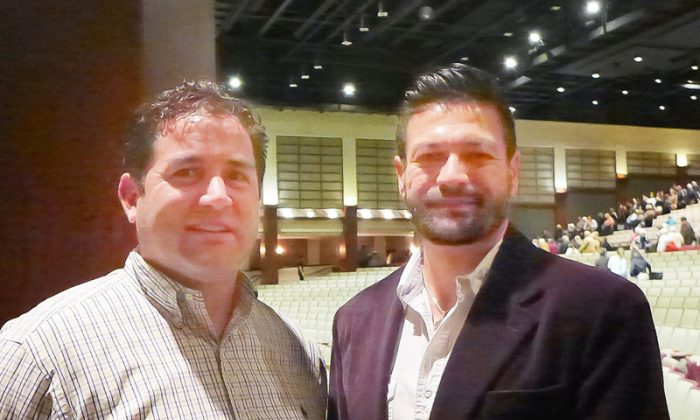 Tony Castelli, a tech consultant was impressed by all aspects of the Shen Yun performance.

“The set and the dancers are very beautiful. They put a lot of thought, and I love the culture, history aspect of it, and the music is brilliant,” he said.

Mr. Casetelli thought the music for the Shen Yun live orchestra was brilliant particularly because of its unique combination of ancient Chinese instruments and Western classical instruments.

Billy Button, a business director, attended the performance with Mr. Castelli. Mr. Button agreed and thought the music also added depth to the stories portrayed in the mini dramas, and to the performance of the dancers.

The men said they have been to China before and learned much about the tradition and history of China. However, they chose to attend the Shen Yun performance because it would give them a “different story” about China and its history.

“In China you are not going to hear some of this history, so this gives you some of the traditional history that is not portrayed in mainland China,” Mr. Button said.

Shen Yun’s mission is to revive 5,000 years of traditional Chinese culture that was lost under communist rule in China, and to bring it back to life live on stage for the world to experience.

Douglas Smoak was a professional dancer for 10 years and is currently the artistic director of the Summerville Civic Ballet Company in the Charleston area. He was particularly impressed with the male Shen Yun dancers.

“Their jumps … just the unison that they’re dancing in. It’s very hard,” he said.

“I would love to have them in my company.”

James Gresham, who is in the hospitality and tourism industry, attended the performance with his wife, Hale, a retired photographer.

Mrs. Gresham said, “I was so impressed with the music, the costumes and the history, it was amazing.”

Asked how he would describe the performance, Mr. Gresham said “It’s a marriage of traditional Chinese culture with the spirit of Falun Gong.”

Falun Gong, also known as Falun Dafa, is a spiritual meditation practice that follows “Truthfulness, Compassion, Tolerance.” Falun Dafa practitioners in China are persecuted for their belief by the current communist regime.

David Franklin and his wife Pat are both engineers who operate their own business both thoroughly enjoyed Shen Yun and were impressed with the artistic style of the performance.

Mr. Franklin said, “I think the artistic style of dancing [was] very impressive. I mean it is different from ballet and other forms, very unique.”

Mrs. Franklin was impressed with the graphics in the backdrops of the performance.

“I think the integration of the style and the graphics, that just amazed me how they could do that,” she said.

Shen Yun uses dramatic animated backdrops that transport the audience to different dynasties and periods in China’s history. The backdrops also interact with the colorful costumes and the performers on stage, immersing the audience’s senses to fully experience authentic Chinese culture live on stage.

However, Mr. Franklin lamented, “The current culture is not so great … because they are living under communism; it is a very sad thing.”