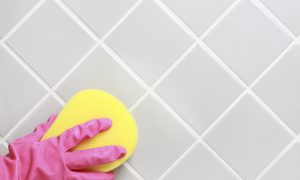 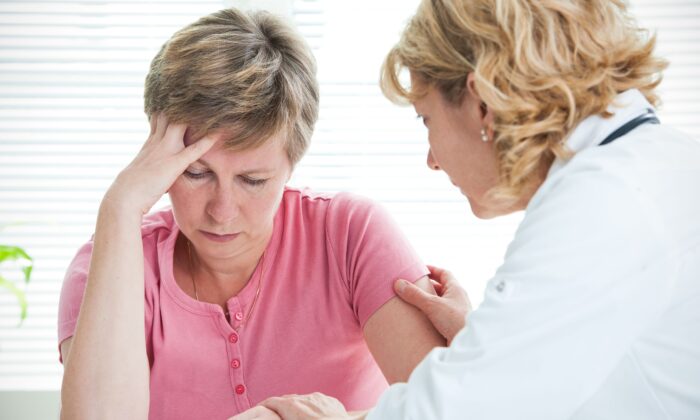 Doctors can struggle to diagnose a range of conditions for meaningful treatment. In some cases, the presence of molds in the environment can be a factor. (Alexander Raths/Shutterstock)
Mind & Body

Chronic Inflammatory Response Syndrome: A Possible Cause for Many Illnesses

Exposure to toxic molds is a potential cause of disease, though scientific debate remains
By Armen Nikogosian
Print

Thousands of Americans every year suffer from a disease impacting their everyday function bouncing from doctor to doctor without being given a clear diagnosis. While there may be a variety of causes behind these undiagnosed illnesses, some of these patients may be suffering from chronic inflammatory response syndrome (CIRS) which is also known as toxic mold illness.

CIRS is a complex and controversial illness caused by the malfunction of the immune system following exposure to an organism that produces a toxin also known as a biotoxin. The various systems affected by this syndrome are broad including the brain, the gut, hormones, and the musculoskeletal system.

According to those who work with CIRS patients, biotoxins can produce a variety of symptoms including brain fog, fatigue, digestive issues, and chronic pain. The immune dysfunction results when the body is incapable of removing the biotoxin, which can then cause a state of chronic inflammation.

While toxicity from mold has been well publicized, it’s important to note that these toxins can come from other organisms including pathological gut microbes, Lyme, chronic viral infections, sinus infections, and other sources.

Once this inflammatory cascade begins, extensive treatment may be needed to bring the patient back to a state of well-being. CIRS is commonly misdiagnosed as fibromyalgia, chronic fatigue syndrome, irritable bowel syndrome, stress, allergies, and depression.

The term CIRS was coined in 1997 by Dr. Ritchie Shoemaker after an investigation of a “mysterious illness” in the residents of the Eastern Chesapeake Bay following a Pfiesteria outbreak in the local fish population. In the following decades, he has dedicated much of his career toward better characterizing the mechanism, diagnosis, and treatment of this multifaceted and multi-systemic disorder. While Shoemaker’s findings have been challenged, he has defended them and continues to publish his research in scientific journals. He has also trained physicians in the identification of CIRS and the implementation of his 12-step treatment protocol.

Biotoxins are small molecules produced by microbes that are capable of causing disease when they come in contact with the body tissues. Due to their small size, they move easily from cell to cell and store in the fat and nervous tissue. The most important point in treatment is to identify and remove the source of the biotoxin if possible. Even when this is done successfully, some patients can continue being ill for months to years as a result of the accumulated biotoxin stored in their body tissues.

Diagnosis is complex due to the generalized nature of complaints the patients have. While certain symptoms such as fatigue, difficulty concentrating, and depression are common, other complaints can be as diverse as increased thirst, joint pain, blurred vision, and gut problems. It’s because of this broad diversity of symptoms that the diagnosis of CIRS is difficult and often missed by doctors unless they have been specifically trained to look for it. A very objective set of laboratory abnormalities have been documented that are indicative of some particular types of immune dysfunction and chronic inflammation unique to CIRS. A specific set of criteria combining the subjective clinical symptoms and objective lab abnormalities are needed to make the diagnosis of CIRS.

The neurotoxic effects of long-standing and severe cases of CIRS can now be imaged by MRI using a computer program called NeuroQuant. This program gives very precise measurements of various brain regions that may be smaller or larger than normal as a result of persisting exposure to the biotoxin.

Treatment consists primarily of dramatic lifestyle changes, supplementation, and the use of medication or hormones when necessary.

The first and most important step in the treatment is to remove the source if possible. In the case of mold toxicity, this usually means the labor and cost of remediating your home from mold infestation or in extreme cases even leaving your home.

In cases in which the biotoxin-producing organism is within the body, “removing the source” translates into eradication of the responsible organism. Lyme disease and other tick-borne microbes can be a causative agent in CIRS. Once that has been achieved, the next steps in all cases are to clear the existing biotoxin out of the body while trying to calm down the inflammation and better regulate the immune system.

In a step-wise approach where the success of one treatment becomes the foundation for the next, you slowly bring the patient back to their prior healthy state.

It’s suspected by many practitioners who treat CIRS patients that it may play a causative role in the development of such chronic conditions as ASD, Alzheimer’s dementia, and some autoimmune diseases, though this is speculative and lacks research.

CIRS should always be a diagnostic consideration in patients presenting with multi-system disease without a clear cause.

Some medical researchers doubt the existence of CIRS and don’t acknowledge the long-term effects of low-level biotoxin or mold exposure. Some of the controversy on whether this problem indeed exists stems from the fact that some people will have completely different symptoms after exposure to the same toxins—even within the same household.

On the one hand, this variation can be simply explained by individual variability to disease. More specifically it can be explained by differences in Human Leucocyte Antigens (HLA) variability. Certain HLA types have been found to respond very poorly to biotoxin exposure. Reviews of international HLA registries found that up to 24 percent of the population was susceptible to mold toxins and 21 percent of the population was susceptible to Lyme toxins. Two individuals in the same household with the same exposure but different HLA types will have very different responses to exposure.

Despite the feedback of thousands of successfully treated patients and two decades worth of peer-reviewed medical journal articles documenting its existence and evolving treatment, CIRS is still considered a controversial topic in conventional medicine.

Increasing awareness on the part of patients and medical professionals that CIRS exists and can be successfully treated has increased over the past decade, but the full acceptance by the conventional medical community and health insurance companies still awaits.

Special thanks to Dr. Jennifer Smith at Silver Tree Wellness, who provided me with information to prepare this article.

Dr. Armen Nikogosian practices functional and integrative medicine at Southwest Functional Medicine in Henderson, Nev. He is board-certified in internal medicine and a member of the Institute for Functional Medicine and the Medical Academy of Pediatric Special Needs. His practice focuses on the treatment of complex medical conditions with a special emphasis on autism spectrum disorder in children, as well as chronic gut issues and autoimmune conditions in adults.