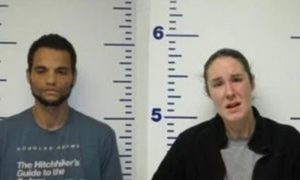 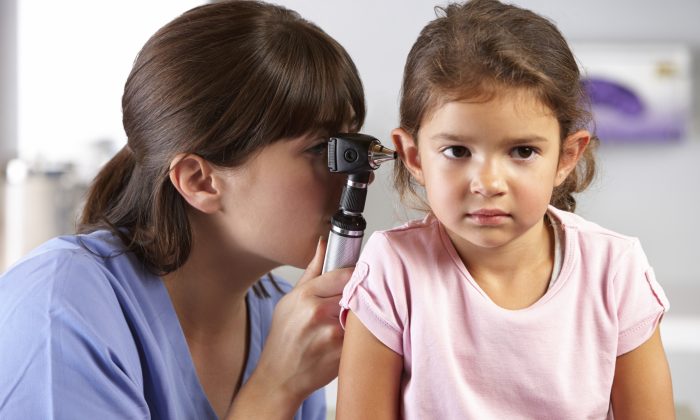 A doctor examines a young girl’s ears. Hearing loss is an issue throughout childhood, with contributing factors that include earphone use with the volume turned up too high, loud urban environments, head trauma through physical sports, and excessive noise from video games, movies, and other media. (Catherine Yeulet/Photos.com)
Health News

A woman is unable to hear men’s voices due to a rare hearing-loss condition according to a doctor in southern China.

The woman, who was only identified as Chen, woke up one morning and could not hear her boyfriend’s voice, reported the Daily Mail.

A woman has been diagnosed with a type of hearing loss which means she can't hear the voices of men – only women https://t.co/H01xvn6yAI

The woman was rushed to the Qianpu Hospital in Xiamen, Fujian Province where a doctor treated her.

“She was able to hear me when I spoke to her but when a young male patient walked in, she couldn’t hear him at all,” Lin Xiaoqing, a doctor who treated Chen, told the Mail.

The report said she is expected to fully recover from her condition called reverse-slope hearing loss (RSHL), which is rarely diagnosed. Tennessee’s Thigpen Hearing Center said, “For every 12,000 cases of hearing loss, only one person has RSHL.”

According to the Mail, the woman said she was working late and under a lot of stress in recent days. She was also not getting much sleep.

The doctor believes the fatigue and stress of lengthy days contributed to the hearing disorder. In North America RSHL affects about 3,000 people in all.

“Many people don’t suspect they have RSHL unless someone in their family already has it, which underscores one of the main sources of RSHL: genetics. Wolfram syndrome, Mondini dysplasia, and inheritance through a dominant gene have all been identified as sources of RSHL,” the Thigpen Hearing Center said on its website.

Some diseases, mainly those affecting hair cells, can trigger the condition.

“The third most common source of RSHL is anything that causes a change in the pressure of the endolymph, a fluid in the inner ear. This includes things such as spinal or general anesthesia, intracranial hypertension, and a perilymphatic fistula,” the center’s website said.

The World Health Organization confirmed about 466 million people around the world are affected by some form of hearing loss, and this figure is expected to rise to about 900 million in the year 2050.

Other details about the Chinese woman’s case are not clear.

Safety Is a Top Concern

The Thigpen Hearing Center said RSHL patients could face a greater risk of danger due to hearing loss.

“The key reason is safety. Much of what you lose with RSHL is environmental sound,” the center said.

For example, if a patient cannot hear a car coming, “you can’t avoid it,” said the center.

“If someone some distance from you is trying to warn you away from something, you might not hear it, because volume is a product of the lower frequencies,” the center’s website said.

“Another reason is enjoyment. There are many aspects and nuances in music that you might be missing out on if you have RSHL, because you’re missing the low-frequency sounds—for example, much of what is below middle C.”

Some symptoms of RHSL include difficulty understanding speech on the phone, as talking over the phone typically delivers the low and middle frequencies, which can pose a problem for sufferers of RHS.

Some may find it easy to understand women and children but not men in all circumstances.

“Because RSHL affects the lower frequencies, those with RSHL more clearly understand higher-frequency speech—that of women and children—than lower-frequency speech, such as that of men,” the center’s website said.

Meanwhile, patients might experience challenges in hearing a thunder or perhaps a refrigerator and other low-frequency environmental noise.