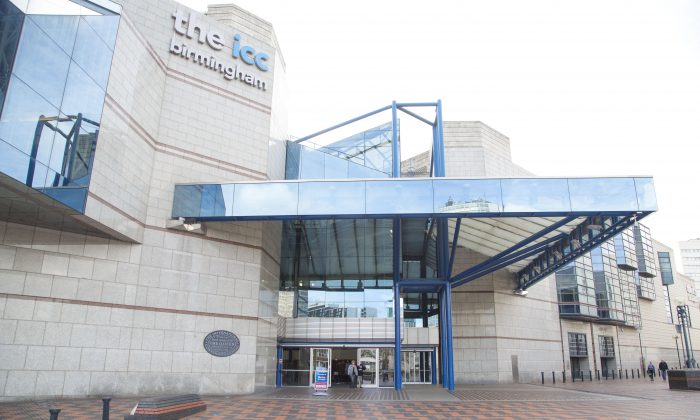 BIRMINGHAM, United Kingdom—Shen Yun Performing Arts aims to revive the 5,000 years of authentic Chinese culture that has almost been lost in China today under decades of communist rule.

“Audience members are often surprised to hear that Shen Yun cannot be seen in China today. In fact, there is no other performance like it in China today,” states the Shen Yun Performing Arts website.

“I’ve been seeing lots of [Chinese] performance dance come to the U.K. but they are mainly focused on the Chinese audience. They don’t pay for the tickets; normally they distribute the tickets to the students. The quality of the performances, I must say, is not as good as this one [Shen Yun]. The message being delivered is not very positive, always combined with other stuff together; you can feel it’s not traditional Chinese things.”

That is why Ms. Sun enjoys seeing Shen Yun – in fact, this is the third year she has come to see the show.

New York-based Shen Yun Performing Arts takes inspiration from China’s divinely inspired culture, which embodies “principles such as benevolence and justice, propriety and wisdom, respect for the heavens, and divine retribution”, according to their website.

Ms. Sun said she could feel these values in Shen Yun’s performance. “I felt emotional and really thrilled,” she said. “Especially the people singing the songs – the words behind it are really touching, I feel something there.”

“Brimming with philosophical reflection about human life and containing deep layers of meaning, the texts go beyond the boundaries of nation, race, and culture,” says the Shen Yun website.

Helena McGorman, who runs a small gas engineering business with her husband in Coventry, enjoyed the cross-cultural message of Shen Yun.

“[It’s] fantastic, very impressive, it’s phenomenal!” said Ms. McGorman, who attended Shen Yun’s Birmingham performance with her husband and daughter, Cara. “We didn’t know anything about the Chinese culture, so we are learning something, it’s absolutely beautiful,” she said.

Shen Yun presents stories from across the 5,000 years of China’s divinely inspired heritage, from historical emperors to the mythical Monkey King. This colourful presentation made it easier to understand, said Cara and Ms. McGorman, who were pleased to see the culture being shared with the West.

“It’s something that we’re missing over this side of the world. I think the story needs to be told and it’s a good way of telling the story,” Ms. McGorman said.