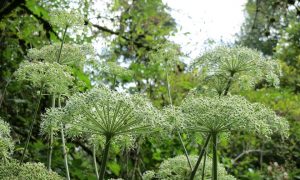 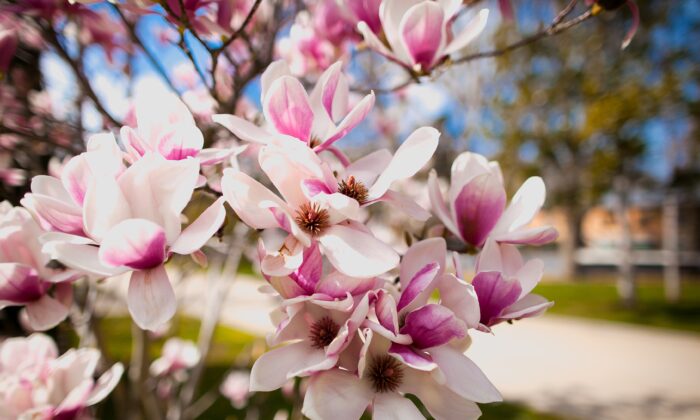 Some of the familiar plants in your garden may also have a long history of use in traditional Chinese medicine. (Larysa242424/Shutterstock)
Mind & Body

The house I grew up in had a small kitchen garden. Throughout the spring and summer, we could walk right out the kitchen door and pick basil, mint, or parsley. Our pets liked the garden too, and on warm summer days, we would find one of the cats passed out under the catnip plant. Our little garden was quaint and attractive, enclosed by a stone wall and bordered by peony plants and shaded by a golden chain tree.

The plant I remember the best, however, was the forsythia bush that grew outside the kitchen door, right against the house. During the cold days of March when spring was something we still dreamt about, the forsythia would begin to bloom. It could be gray and snowy out, but we knew spring was coming, because right outside the door there was a sign. Small, bright yellow flowers began to show themselves, reassuring us that the cold weather wouldn’t last forever.

Years later when I began to study Chinese herbs, I was delighted to find that the tiny forsythia fruits that appear in the fall were actually a useful herb, called lian qiao. In Chinese medicine, the fruit of the forsythia bush is used to clear something called toxic heat, which is essentially a hot, swollen infection. The antimicrobial effect of this herb makes it a good choice to include in formulas to treat a high fever, sore throat, and throat infections.

Later in the spring, the honeysuckle would bloom along our driveway and on the edges of the meadow in front of the house. We kids would pick the flowers, pull off the ends and eat the tiny drop of sweet nectar that came from each flower. Called jin yin hua in Chinese, or golden silver flower, honeysuckle is harvested for herbal purposes in May and June, just before the flowers bloom. Like forsythia, honeysuckle acts as an antimicrobial, especially against salmonella and strep infections. It’s best used in formulas to treat hot and painful sores and infections, colds and flu accompanied by a high fever and very sore throat, and conditions such as dysentery and urinary tract infections.

While we didn’t have magnolia trees in our yard growing up, I am amazed that the delicate blooms of this tree emerge in the spring before any leaves come out. This gives the leafless trees the appearance of being covered with thousands of white or pink stars. Called xin yi hua in Chinese, magnolia is considered to be aromatic and warm. Like honeysuckle, it’s harvested early in the spring before the flower buds open. Xin yi hua is used for colds and flu that don’t spike a high fever, because the herb itself is warming in nature. This herb is best known for its ability to open stuffed nasal passages, and is used in formulas to treat sinus problems and nasal congestion.

A second herb derived from the magnolia tree is called hou po, which comes from the bark of mature trees. Known as a moving and transforming herb, hou po is used in formulas to move qi, transform phlegm and dampness, and treat food stagnation (symptoms include abdominal distention, loss of appetite, vomiting, etc.) When I want an herbal formula that has a strong action of moving things along, hou po is one of my go-to herbs.

If you have any of these plants growing in your yard, you may be thinking that anytime you have a cold, flu, or infection that you can go outside, pick the flowers, and be on your way to good health. However, that would be wrong. All Chinese herbs go through a process called pao zhi, which prepares the herbs for human consumption. The study of pao zhi takes many years, and is considered an important profession in and of itself. Pao zhi involves processes such as roasting, boiling, or frying the herb with other ingredients (e.g. honey, wine, vinegar) to reduce any toxicity from the plant and turn it into a form that can be used therapeutically.

While you may not be able to use the herbs growing in your yard, you do have a couple of choices. First, if you’re having health concerns you can talk to your practitioner of Chinese medicine regarding herbal medicine. Second, you can do like I do, which is to simply appreciate the fact that these beautiful flowering shrubs are also powerful Chinese herbs and know that Mother Nature is on your side.

Lynn Jaffee
Follow
Lynn Jaffee is a licensed acupuncturist and the author of “Simple Steps: The Chinese Way to Better Health.” This article was originally published on AcupunctureTwinCities.com
TOP NEWS