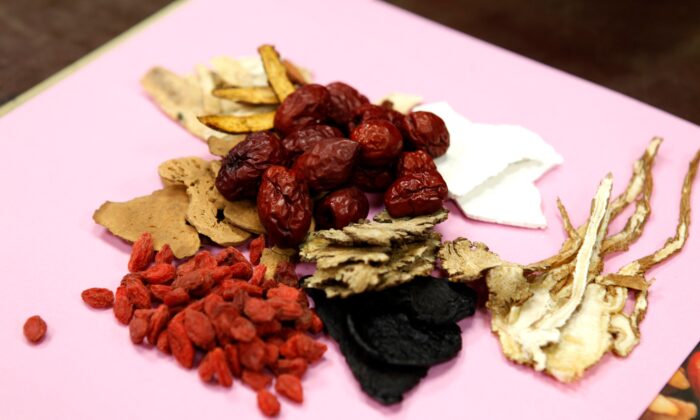 Tonic herbs in traditional Chinese medicine (TCM) prescriptions can be used together with Western immunotherapy to significantly improve its anti-cancer effects compared to immunotherapy alone, a study by Korean doctors recently showed.

A research team, led by Dr. Jeong Mi-kyung of the Korean Institute of Traditional Medicine, found that the use of Chinese herbal formulations can dramatically improve the effectiveness of immunotherapy. The research results were published in the July 2022 issue of the international academic journal Frontiers in Pharmacology.

Unlike cancer treatments such as chemotherapy and radiation, immunotherapy does not directly destroy cancer cells but helps the immune system to fight cancer. However, immune agents are limited: they are only partially effective and can cause unpleasant side effects. The medical community is currently researching therapies that can be used in conjunction with immunotherapy to overcome this problem.

According to Jeong’s research team, compared to the use of immune anti-cancer agents alone, the addition of Bu Zhong Yi Qi Tang would increase immunotherapy’s anti-cancer effects by about 2.8 times.

Bu Zhong Yi Qi Tang (Bojungikki-tang in Korean or Hochu-ekki-to in Japanese) is a well-known TCM formula. Used as an herbal Qi tonic, it is widely applied in Chinese, Korean, Japanese, and other Asian medicine to provide more energy to the entire body. In traditional Chinese culture, Qi is believed to be the driving force of all life activities, from a healing and fitness perspective. On a spiritual level, it is believed to be spiritually uplifting.

The TCM prescription is composed of ten herbs including astragalus root, bugbane rhizome, and bupleurum root. It is commonly used to treat diseases such as chronic gastroenteritis, myasthenia gravis, and chronic hepatitis.

Bu Zhong Yi Qi Tang has been known for some time to be helpful in treating cancer-related fatigue. A presentation by Yun Sung-Woo at the Society for Integrative Oncology International Conference in October 2014, addressed this aspect of the herbal formula.

Yun is a researcher at Seoul’s Kyung Hee University Hospital.  He co-authored a 2010 study that found Bu Zhong Yi Qi Tang significantly improved cancer-related fatigue. The results of that clinical trial were published in Integrative Cancer Therapies, a leading academic journal in the field of integrative oncology.

Cancer-related fatigue is thought to be “a multifactorial condition attributed to cancer itself, side effects of therapy, diminished activity, poor nutrition, depression, and intercurrent illness,” Yun explained. This is a symptom of Qi deficiency in Chinese medicine.

Bu Zhong Yi Qi Tang could reduce these side effects and, when used in conjunction with anti-cancer treatment, improve its effectiveness, Yun said.