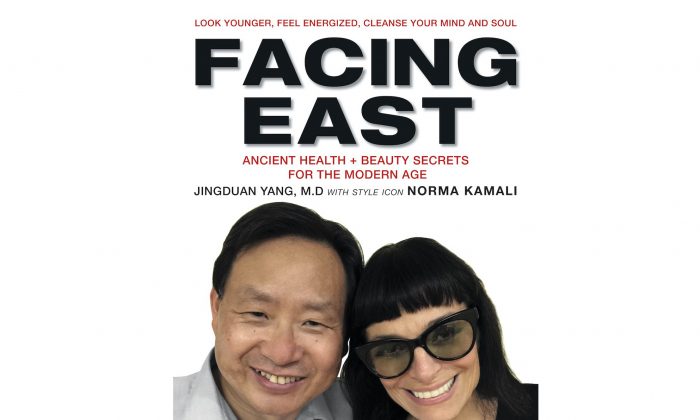 Dr. Jingduan Yang never imagined he was going to be a practitioner of classical Chinese medicine when he was growing up in a small town in China’s Anhui Province.

His father passed on his skills to Dr. Yang even though he was the youngest son. Under usual circumstances, the eldest son has the birthright of carrying on the family lineage, but his brother was sent to be “re-educated” by farmers as part of Mao’s Great Cultural Revolution.

Speaking of himself, Dr. Yang confesses in his book, “Facing East,” that he was a “spoilt daydreamer who mostly loved to play and eat.” His father was concerned that his young son would not be able to survive the hardships of the time and decided to prepare Dr. Yang to become what is called a “barefoot doctor”—someone who comes to the rescue of farmers in need. His tools: a box of acupuncture needles and some herbs.

As it turns out, there are a lot of ailments that such a humble arsenal can tackle.

If you look at modern Western medicine, it is still a young and developing medicine, and it still has a lot to learn.
— Dr. Jingduan Yang

Fast forward a few decades, and further studies took Dr. Yang from China to Sydney, Australia; Oxford; and finally Philadelphia, where Dr. Yang founded the Tao Institute. One day, his expertise met with iconic fashion designer Norma Kamali’s passion for health and wellness, and a collaboration began. It resulted in the book “Facing East—Ancient Health and Beauty Secrets for the Modern Age.”

Kamali traveled from New York to the Tao Institute in Philadelphia once a week for a period of six months and was full of questions about the treatments that she was receiving, as well as the theories behind them. She suggested to Dr. Yang that he write a book.

“So that’s how the idea about writing a book started—to explain the Chinese medicine concepts to a Western audience in a language that they can understand and that they can apply in their everyday lives,” Dr. Yang recounts.

Their weekly dialog, which was recorded by Kamali, became the basis for the format of the book. Each chapter starts with a question posed by Kamali that is then addressed by Dr. Yang, followed by reflections on the topic by Kamali at the end.

The book has three main sections: The first deals with energy, the second with the body, and the third addresses the mind, heart, and spirit. According to Dr. Yang, it is an East-meets-West approach that explains the pivotal concepts behind traditional Chinese medicine without assuming any prior knowledge on the part of the reader.

Dr. Yang is adamant that traditional Chinese medicine is not at odds with the Western approach, but rather that it provides an additional dimension to people’s knowledge of health, happiness, disease, nutrition, and beauty concepts. It is able to do this because traditional Chinese medicine provides a unique insight into the energy of the human body—about the energy levels of the human mind, body, and spirit.

The book introduces the essential concepts he perceives as lost knowledge from ancient China, as opposed to current Chinese medical practices.

It’s All About Energy

One of the concepts that traditional Chinese medicine works with is how the mind and the body are connected at an energetic level. The book has graphics and lists that show the correlation between the organs and the specific parts of the brain, as well as each major organ’s connection to certain emotions.

Genetics don’t determine anything, actually. It is what you do that interacts with your genetics [that matters].
— Dr. Jingduan Yang

“I’m trying to bring people into this energetic dimension to understand our body. Modern medicine has already discovered how our gut health, our digestive system, affects our brain, and how every system—nervous systems, hormone system—are all connected,” Dr. Yang said, citing the Western field of psychoneuroendocrine immunology.

While traditional Chinese medicine does recognize that every patient is unique in his or her own constitution, it still comes down to energy; more precisely, it focuses on what energetic constitution a person has and works with that to achieve favorable energetic outcomes.

“Genetics don’t determine anything, actually,” Dr. Yang said. “It is what you do that interacts with your genetics [that matters].”

He explained that if people manage their stress, through meditation exercises, for example, and have a healthy lifestyle with balanced nutrition, they can prevent negative genetic predispositions from expressing. The key is to build one’s internal strength, the body’s immune system.

Eastern and the Western are both in agreement when it comes to the kind of havoc stress can wreak on the mind and the body.

According to Dr. Yang, managing one’s emotional life is key because emotional stress is a very powerful energetic attack on the body.

According to traditional Chinese medicine, when one’s mind is peaceful, one’s qi (energy) is in harmony. To this end, Eastern medicine has a whole body of philosophy that helps people to perceive life’s challenges (such as relationships and loss) differently, so as to maintain a peaceful mind.

There are many other factors that have an impact on the immune system. Among the ones Dr. Yang mentions are some obvious ones such as sleep, exercise, and nutrition.

The general rule for nutrition is to eat a balanced diet based on seasonal, local whole foods that match one’s constitutional type. Dr. Yang also cautions against eating the same foods all the time and recommends rotating them instead.

The way we dress, personal hygiene, seasonal changes, sounds, colors, and exposure to the sun are also factors.

The concept of yin and yang is perhaps one of the most familiar to Westerners in terms of its visual expression of the masculine and the feminine.

The concept describes interrelated, interdependent forces that are mirrored in our environment—think day and night, hot and cold, wet and dry, and so on. But also at a microcosmic level, it reflects the mechanisms that either up-regulate or down-regulate our receptors, or how the hormones work to either increase or decrease our blood-sugar levels.

In Chinese medicine, maintaining the balance between yin and yang is critical.

Dr. Yang mentions that due to our modern sedentary lifestyle, many of us are out of balance with too much yin and not enough yang. We don’t have our yang energy utilized because we don’t get up early enough (when yang energy is at its peak), and we don’t go outdoors enough.

He also points out that when we consume greasy, sugary foods or dairy, they generate what Chinese medicine calls “dampness” in the body, and dampness traps the yang energy.

Without enough yang to balance all that yin, our metabolism slows down and leads to weight gain and fatigue.

The last section of the book deals with spirituality—the root of traditional Chinese medicine and Chinese culture.

Another way he likes to explain it is that spiritual health is like the driver in a car—our soul being the driver, and the car being our body.

He emphasizes in the book that spiritual practice is about one’s perception of the world, the understanding of one’s relationship with the universe and with higher powers. The choices that we make every day and every moment are what really determine our spirituality and spiritual health.