Shen Yun Is ‘Like Nothing I’ve Ever Seen Before’ 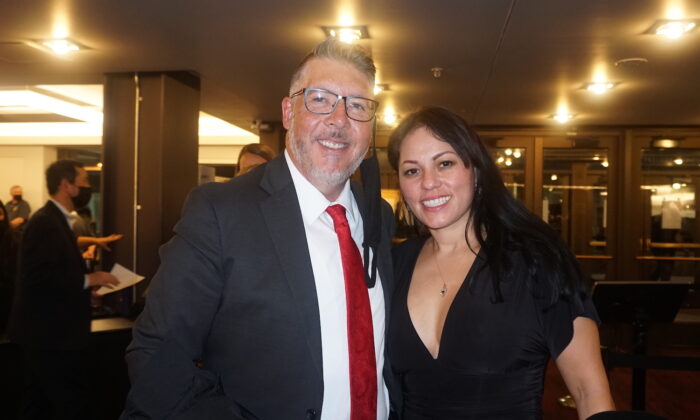 DENVER, Colo.—”It’s like nothing I’ve ever seen before,” Carl Montion said of Shen Yun Performing Arts at The Buell Theatre in Denver, Colorado, on Nov. 5.

Working in the hospitality business, Montion gets the newsletters from the theater, and decided he had to go see New York-based Shen Yun and its presentation of “China Before Communism.”

Montion’s favorite takeaway from the experience was to encounter the 5,000-year-old culture of the Chinese people; “the essence of the beings of where they came from,” he said of Shen Yun‘s mission of cultural revival of China’s divinely-inspired traditional culture that has almost been lost under today’s communist regime.

“I’m a Christian, so I believe in heaven. I believe in everything from above, but what the Chinese believe still coincides with the Christian belief,” Montion said.

“I think the Chinese government itself has pushed God or a being of faith out of everything,” he said. “They pushed it out because you have to believe in the people. But people don’t live forever. God is eternity.”

The idea of divinity similarly resonated with Bill Cowern, senior associate in Fox Tuttle Transportation Group, and his wife Toni, director of finance in Informa Markets.

Mr. Cowern is not religious. But he said, “What probably resonated the most with me was the idea that people who felt that way were persecuted … people should be able to feel and believe and express that belief. And it’s a shame that’s not the case [in China].”

Mrs. Cowern noted with awe the length of China’s heritage.

“There’s so much history beyond what we have in the United States,” she said. “And it’s great to see people valuing, honoring, and sharing that, and so that we can learn more about it because I think we all benefit from all those years of knowledge and tradition.”

Reporting by Mary Zhang and Ya Wen.