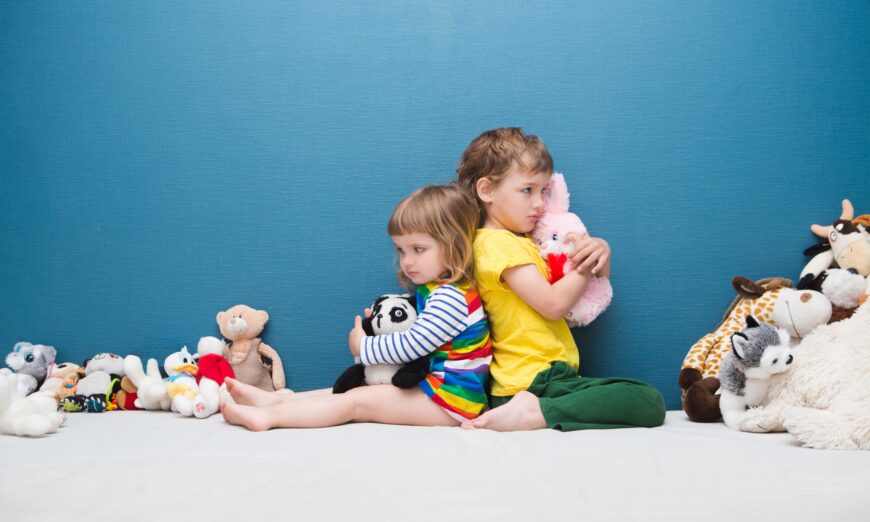 Kids have to learn reciprocity—the “you scratch my back, I’ll scratch yours” response—but not revenge, research finds.

“In our series of experiments, we thought we’d see that children would display positive direct reciprocity—the tendency to pay back those who have helped—from an early age. That wasn’t the case,” said lead author Nadia Chernyak, assistant professor of cognitive sciences at the University of California–Irvine. “Preschool-aged children showed almost no awareness that they should repay favors.”

Researchers were interested in how reciprocity develops. They conducted five experiments with 330 4- to 8-year-olds and discovered that the youngsters were more likely to reciprocate negative actions than positive ones.

The children played “giving” and “stealing” computer games, interacting with four avatars that they thought were other kids playing. In the giving version, everyone else got a sticker, leaving the subject without one until another player gave theirs to the child. In the stealing version, the subject started with a sticker that one of the other players then stole.

In the next phase of the giving game, the child received a second sticker that they could give to any one of the four avatars. In the stealing game, the other players had stickers and the child had the opportunity to take a sticker from one of them. Would the kids give their second sticker to the player who had given one to them? Would they steal from the player who had stolen from them?

The latter was mostly the case: Children were eager to retaliate but unconcerned with returning a favor until the age of 7 or older.

What can explain this puzzling behavior?

“Young children may not be naturally stingy; they simply don’t know the rule. Their principles look a little different than those of adults. It takes some cognitive building blocks, as well as exposure to social norms relevant to their culture, to learn how to navigate the world,” Chernyak said.

“If the goal is to have children display gratitude, we should take opportunities to point out and discuss with them instances when other people are exhibiting this desired behavior.”

The last experiment was to find out if children would demonstrate positive direct reciprocity after an implication that they should.

One group of children was told a story about two kids who returned favors to each other. Another group heard a story about two youngsters who engaged in positive actions but not in any kind of reciprocal way. Both groups then played the giving game. Those who had heard the reciprocity story were now much more likely to pay back the person who gave them a sticker compared to the children who had heard the second story.

“And so the upshot isn’t so grim after all,” Chernyak said. “Grudges may come more naturally, but gratitude can readily be learned. Hearing a simple story was sufficient for young children to start following the norm of paying back favors.”

This article was originally published by University of California–Irvine. Republished via Futurity.org under Creative Commons License 4.0.