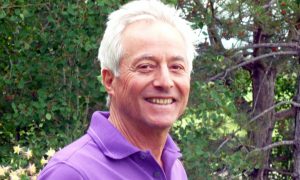 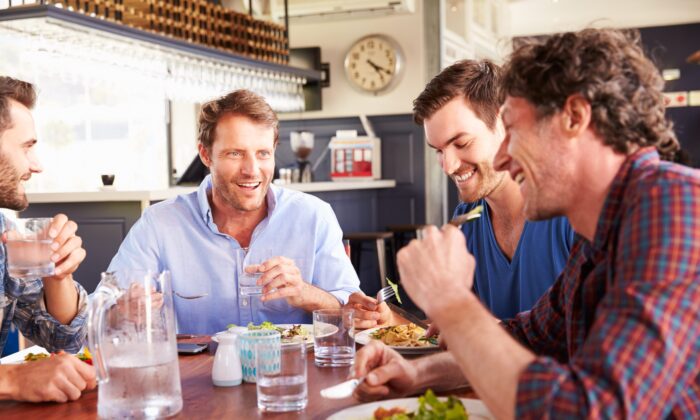 If your inner wisdom is offering you advice, you might want to listen. You may not know if it is just self-talk or celestial guidance meant to keep you on course with your life’s mission, but it is worth tuning into. Those words might even save your life.

David did and it saved his life.

David has a degree in forestry management. After graduating, he vowed never to work inside an office or sit all day at a desk. His career contentment is aligned with the purpose of working outside in the fresh air.

For his first job, David chose to work for a local municipality. All of his duties were performed outdoors and he rarely did the same thing two days in a row. He operated heavy equipment, drove trucks, trimmed trees, and looked forward to winter when he would get to drive a snowplow. After the first two months, he was pleased with his decision and could see himself in this same job several years down the road.

Six months later, David was having second thoughts. Although he still loved his work, he was becoming weary of his coworkers complaining about their job. They disliked their boss, income, benefits, work hours, the condition of their equipment, and when it rained, they complained about that.

David wanted nothing more than to go to work and enjoy what he was given to do. But because of his sad-sack coworkers, this was becoming difficult. On several occasions, he politely suggested they stop whining but this emboldened them to try and convince David to become as miserable as they were. David didn’t want any part of this, but he wasn’t sure what more he could do.

That weekend, while contemplating his situation, David had a premonition. It was a gut feeling that something bad was about to happen if he stayed in his current job. Although he had concerns about his coworkers, he truly enjoyed his work and hadn’t planned on leaving so soon. Yet he felt motivated to find a similar job in a nearby suburb.

Within the next month, David made the job change and was once again happily engaged in doing the work he loved. It was a relief working with people he liked, who didn’t whine and complain. He had no regrets.

Just two months after starting his new job, David was eating lunch in the break room with his coworkers. As they were talking about their families, he suddenly slumped from his chair and fell to the floor. His coworkers laughed thinking this was another of David’s pranks. Then they saw the blood. He was dead at the age of 24.

As one coworker dialed 911, two others who were volunteer firemen rushed to try and revive David. One began administering CPR as the other grabbed the Automated External Defibrillator (AED) hanging on the break room wall.

After three shocks to his heart, David returned from a three-minute death and was semi-conscious on the floor when the ambulance arrived. He was rushed to the hospital, dazed and confused about what happened. The doctor told him it was a miracle he was alive, that 80 percent of the people who experience sudden death syndrome usually die.

When the fog lifted and David was able to speak coherently, he shed tears of joy and gratitude. He said he knew that he died and was lucky to have friends and coworkers who saved his life. Then with a look of surprise, he exclaimed, “Changing jobs saved my life!”

David shared the premonition he had before quitting his last job. Something bad did happen and had he stayed there, he knew he wouldn’t be alive today. He couldn’t remember seeing an AED anywhere inside the buildings at his old job. Even if there was one, he doubted that his disgruntled coworkers would know how to use it.

David eventually returned to work with a defibrillator implant in his chest. Because he wasn’t yet eligible for health benefits, his coworkers started a GoFundMe account and his employer held a fundraising cookout. His story was in the local newspapers and three TV networks nicknamed him the Miracle Man.

For fear of change and uncertainty, many people choose to remain logical and ignore their gut feelings. They second guess or over analyze the advice from their inner self, whether it be acting as a career coach or moral compass. Instead, they cook up excuses to ignore it and end up feeding anxiety that causes them to become stuck and miserable.

David chose to be childlike rather than logical. He listened to his inner guide even though he knew he would be violating business protocol that says, Stay put or other employers will think you’re a job hopper.

Listening to that inner voice not only enabled David to live a longer life, but it also enhanced his life with coworkers that he will forever be grateful to work beside. His advice is simple: Stop and listen when your inner wisdom speaks. It might know something you don’t.

Jeff Garton is a Milwaukee-based author, certified career coach, and former HR executive and training provider. He holds a master’s degree in organizational communication and public personnel administration. He is the originator of the concept and instruction of career contentment. Twitter@ccgarton.com