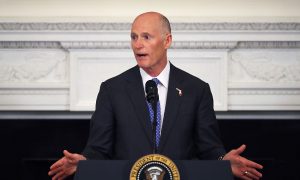 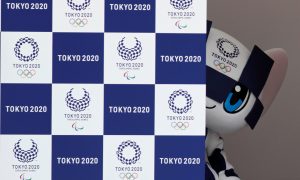 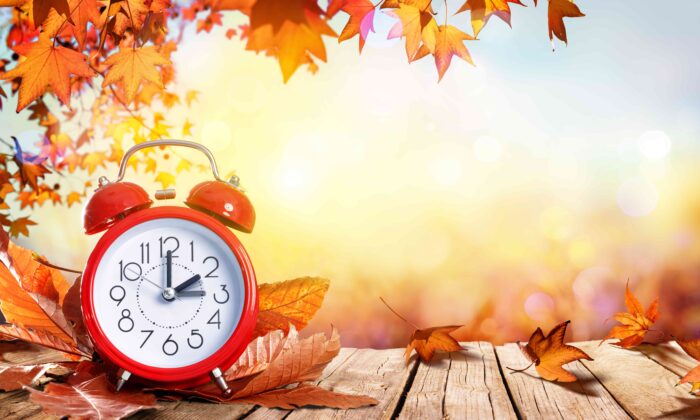 Changing Clocks Is Bad for Your Health, but Which Time to Choose?

Changing over to daylight saving time—a major annoyance for many people—may be on its way out as lawmakers cite public health as a prime reason to ditch the twice-yearly clock-resetting ritual.

The time change, especially in the spring, has been blamed for increases in heart attacks and traffic accidents as people adjust to a temporary sleep deficit. But as legislatures across the country consider bills to end the clock shift, a big question looms ahead of this year’s March 8 change: Which is better, summer hours or standard time?

There are strong opinions on either side, it turns out, with scientists and politicians at odds.

Retailers, chambers of commerce and recreational industries have historically wanted the sunny evenings that allow more time to shop and play.

Researchers on human biological rhythms come down squarely on the side of the standard, wintertime hours referred to as “God’s time” by angry farmers who objected to daylight saving time when it was first widely adopted during World War I.

What’s not in question is that the clock switching is unpopular. Some 71 percent of people want to stop springing forward and falling back, according to a 2019 Associated Press-NORC Center for Public Affairs Research poll.

Politicians have reacted accordingly. More than 200 state bills have been filed since 2015 to either keep summer hours or go to permanent standard time, according to the National Conference of State Legislatures.

The measures getting the most traction right now are for permanent daylight saving time, which makes more sun available for after-work activities. In 2018, Florida passed a bill and California voters backed a ballot measure to do so. Maine, Delaware, Tennessee, Oregon, and Washington joined in 2019, passing permanent daylight saving bills. President Donald Trump even joined the conversation last March, tweeting: “Making Daylight Saving Time permanent is O.K. with me!”

But none of those efforts can become a reality without the blessing of Congress. States have always been able to opt-out of summer hours and adopt standard time permanently, as Arizona and Hawaii have done. But making daylight saving time year-round is another story.

Still, Scott Yates, whose #Lock the Clock website has become a resource for lawmakers pushing for change, believes this year will be another big year. Yates is particularly encouraged by the attitude he saw from state legislators in August when he presented on the issue at the legislators’ annual national summit in Nashville, Tennessee.

“I wasn’t the court jester and it wasn’t entertainment,” he said. “It was like, ‘What are the practical ways we can get this thing passed?’”

Seeking to End ‘Spring Ahead, Fall Back’ Cycle

Yates, 54, a tech startup CEO based in Denver, has been promoting an end to clock switching for six years. He doesn’t pick a side. It’s the switching itself that he wants to end. At first, it was just about the grogginess and annoyance of being off schedule, he said. But then he began to see scientific studies that showed the changes were doing actual harm.

A German study of autopsies from 2006 to 2015, for instance, showed a significant uptick just after the spring switch in deaths caused by cardiac disease, traffic accidents, and suicides. Researchers have also noted a significant increased risk for heart attacks and strokes.

Three measures pending in Congress would allow states to make daylight saving time permanent. But, in the meantime, state lawmakers who want the extra evening sunlight are preparing resolutions and bills, some of which would be triggered by congressional approval and the adoption of daylight time in surrounding states.

The Illinois Senate passed such a bill, and Kansas is considering one after a bill to end daylight saving time died there last year. Utah passed a resolution in support of the congressional bill last year, and state Rep. Ray Ward, a Republican family physician from Bountiful, is steering a recently passed state Senate permanent daylight bill through the House.

“The human clock was not built to jump back and forth. That’s why we get jet lag,” said Ward, who was a co-presenter with Yates at the NCSL summit. “It is very easy to show that if you knock people off an hour of sleep there’s a bump temporarily in bad things that will happen.”

Efforts have been particularly strong in California, where 60 percent of voters passed a ballot issue for permanent daylight time in 2018. A bill is pending in the state Assembly.

All of this alarms scientists who study human biological rhythms.

Researchers in the U.S. and the European Union have taken strong positions about permanent summer hours. The Society for Research on Biological Rhythms posts its opposition prominently at the top of its website.

Messing with the body’s relationship to the sun can negatively affect not only sleep but also cardiac function, weight, and cancer risk, the society’s members wrote. According to one often-quoted study on different health outcomes within the same time zones, each 20 minutes of later sunrise corresponded to an increase in certain cancers by 4 percent to 12 percent.

“Believe it or not, having light in the morning actually not only makes you feel more alert but helps you go to bed at the right time at night,” said Dr. Beth Malow, director of the sleep division of Vanderbilt University School of Medicine. Malow has seen a lot of anecdotal evidence to back that up at the sleep clinic. Parents report their children with autism have a particularly hard time adjusting to the time change, she said.

Jay Pea, a freelance software engineer in San Francisco, was unhappy enough about California’s proposed permanent daylight time that he started the Save Standard Time website to promote the health arguments for keeping it permanent. He said he doesn’t think the scientific community is being heard.

“Essentially it’s like science denial,” he said. “It’s bizarre to me that politicians are not hearing the experts on this.”

Pea, 41 and an amateur astronomer, understands the human need to have the sun directly overhead at noon. “It’s a wonderful connection to natural reality that unfortunately is lost on many people,” he said. Daylight saving time “distances us from the natural world.”

At the very least, lawmakers ought to consider history, he said. Daylight saving time was originally a plan to save energy during the two world wars but wasn’t popular enough to be uniformly embraced after the conflicts were over. In 1974, the federal government decided to make it temporarily year-round as a way to deal with the energy crisis (although energy savings were later found to be underwhelming).

Its popularity fell off a cliff after the first winter, when people discovered the sun didn’t rise until 8 a.m. or later and parents worried for the safety of kids waiting in the dark for school buses.

Pea finds it frustrating that the momentum now is for permanent summer hours—a fact he attributes to the emotional attachment with summer. “It’s a shame that every generation we have to revisit this issue,” he said.

“So now really most of the year we are on the summer schedule, and people are used to that and they like it,” he said. “That makes them more aggrieved when we change back to the winter schedule.”

In any case, changing the clocks is a rare issue in that it isn’t partisan, Ward said. “If the government can’t respond to people when they want something and it’s not even a partisan issue, that’s just a sad commentary,” he said. “Can’t we please fix something that doesn’t make sense anymore?”

Roxie Hammill is a freelance journalist. This article is republished from Kaiser Health News.