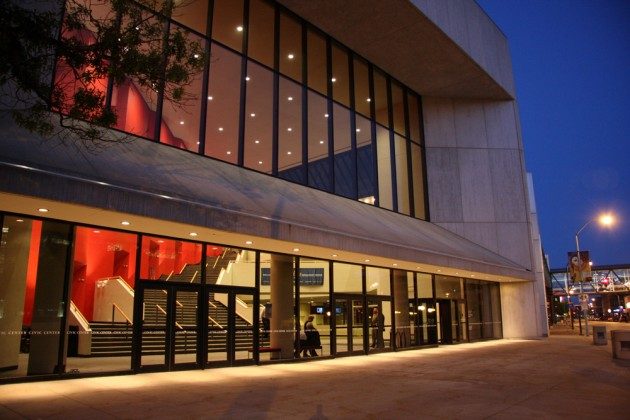 On Friday evening, March 20, and Saturday afternoon on the 21, Shen Yun will be performing at the Des Moines Civic Center. (Courtesy of Des Moines Performing Arts)

If you want to meet presidential hopefuls, about the best place to be every four years is Des Moines, Iowa. If you’d like to see different kinds of luminaries, ones closer to the celestial realms, you might head to Des Moines this weekend. This Friday and Saturday, March 20 and 21, Shen Yun Performing Arts will be at the Des Moines Civic Center.

“He was blessing all of us. I felt joyful,” Dr. Ehrecke said.

Shen Yun’s mission is to restore “the true, divinely inspired culture of China,” as the New York-based company website states. “China was once known as Shen Zhou—The Divine Land. This profound name describes a land where deities and mortals coexisted, and a belief that the divine transmitted a rich culture to the people of the earth.”

This message from heaven is clothed in classical Chinese dance, in an orchestra of both Eastern and Western instruments, in lavish costumes, and in stunning backdrops.

“Shen Yun weaves a wondrous tapestry of heavenly realms, ancient legends, and modern heroic tales, taking [the audience] on a journey through 5,000 years of Chinese culture,” states the company website.

Janae Henningsen felt that Shen Yun showed that all different cultures basically want to return to heaven. She owns and runs the Mississippi River guest house, and saw the Davenport performance on Feb. 18 with her husband, Birger Henningsen, a graphic designer, and her father-in-law.

Ms. Henningsen believed that although we all create our own meaning of life, for many, divine creation is an underlying principle. “There’s got to be something better than life on earth, and we hope for heaven,” she said.

The Tates described their experience of Shen Yun as filling them with serenity. District superintendent of Davenport Community Schools, Arthur W. Tate., attended Feb. 18 with his wife, Cori, who teaches deaf children in the district.

Mr. Tate saw serenity in “the beauty of the nature” presented, and in seeing that “blended with the human.”

The positive aspect of the performance also helped the couple feel at peace. Although evil can use art for its own ends, Mr. Tate explained, every spiritual path “has used the arts in some way, so certainly there is a connection” between art and the spirit.