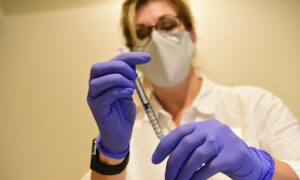 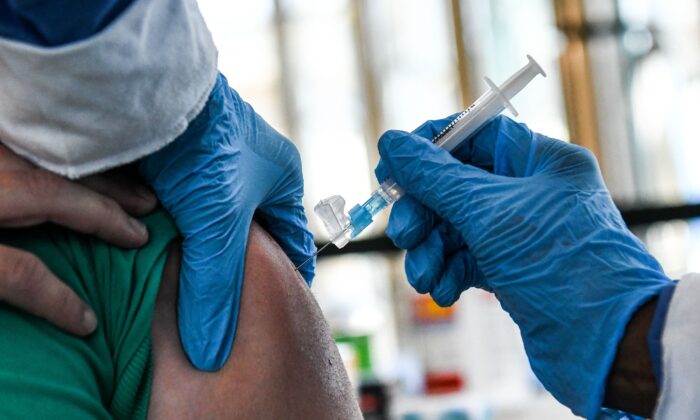 The Centers for Disease Control and Prevention (CDC) said that it has not found evidence that the COVID-19 vaccines caused the 3,005 deaths reported in its vaccine safety monitoring system as of April 13.

Between Dec. 14, 2020, and April 12, 2021, the Vaccine Adverse Event Reporting System (VAERS) received 3,005 reports of fatalities among individuals in the United States who had received one of the three COVID-19 vaccines issued under Emergency Use Authorization (EUA). More than 189 million doses of the vaccine were administered during this time.

The two-dose messenger RNA vaccines by Moderna and Pfizer/BioNTech were granted an emergency authorization in December 2020, and the Johnson & Johnson’s (J&J) one-dose adenovirus vaccine was authorized in late February. The EUA allows vaccines to be distributed and administered while still classified as experimental medical products.

Federal health authorities have halted the use of the J&J COVID-19 vaccine since April 13 to investigate the rare and severe blood clots in the brain with low platelet levels that occurred in six people. A seventh case was revealed on April 14. The CDC’s vaccine advisory committee is expected to make a decision regarding the J&J vaccine this Friday.

“We continue to believe in the positive benefit-risk profile of our vaccine,” said Paul Stoffels, vice chairman of the Executive Committee and chief scientific officer at Johnson & Johnson. “We value the consideration of the Advisory Committee, and we will continue to collaborate with medical experts and global health authorities, including the CDC, U.S. Food and Drug Administration (FDA), European Medicines Agency, and the World Health Organization, as we work toward continuing vaccinations to end the global pandemic.”

The CDC notes that while reports of death are made on VAERS, it does not necessarily mean the vaccine caused the death.

“While very important in monitoring vaccine safety, VAERS reports alone cannot be used to determine if a vaccine caused or contributed to an adverse event or illness,” according to the VAERS website. “The reports may contain information that is incomplete, inaccurate, coincidental, or unverifiable.”

VAERS is a passive surveillance system monitored by both the CDC and the Food and Drug Administration (FDA). By law, healthcare practitioners and vaccine manufacturers are required to submit a report to VAERS of certain side effects following vaccination, but anyone can submit a report.

The FDA says it “takes all reports of adverse events following administration of vaccines” under emergency use seriously.

“Any reports of death following the administration of vaccines are promptly and rigorously investigated jointly by the FDA and CDC,” the FDA told The Epoch Times via email. “Such an investigation includes working with health care providers to obtain medical histories and clinical follow-up information.”

However, the CDC and FDA did not reply to The Epoch Times inquiry on the criteria it uses to make a determination of whether death resulted from a vaccine, particularly in cases where a death occurred hours after receiving an injection.

While the 3,005 deaths reported in VAERS make up only 0.00158 percent of deaths in people who received the COVID-19 vaccines in almost four months, it exceeds the total number of fatalities following all other vaccinations from January 2010 to November 2020 before the rollout of the COVID-19 vaccines.

Over the 10 years, VAERS received 734 reports of death following the other vaccinations based on a quick search on April 19.

VAERS is known to capture less than one percent of adverse effects from vaccines due to underreporting, according to a $1 million Harvard study funded by the CDC from 2007 to 2010.

“This research project was funded to improve the quality of vaccination programs by improving the quality of physician adverse vaccine event detection and reporting to the national Vaccine Adverse Event Reporting System (VAERS),” the authors said in their final report (pdf).

The study found the “barriers to reporting include a lack of clinician awareness, uncertainty about when and what to report, as well as the burdens of reporting: reporting is not part of clinicians’ usual workflow, takes time, and is duplicative.”

“Proactive, spontaneous, automated adverse event reporting imbedded within EHRs [electronic health records] and other information systems has the potential to speed the identification of problems with new drugs and more careful quantifications of the risks of older drugs,” the authors added.

However, the authors said they were not able to proceed with the study further as a result of the CDC’s lack of response.

“Unfortunately, there was never an opportunity to perform system performance assessments because the necessary CDC contacts were no longer available and the CDC consultants responsible for receiving data were no longer responsive to our multiple requests to proceed with testing and evaluation,” the authors said.

The CDC didn’t respond to a request for comment.