CDC: Influenza Virus Detections on the Rise Across US 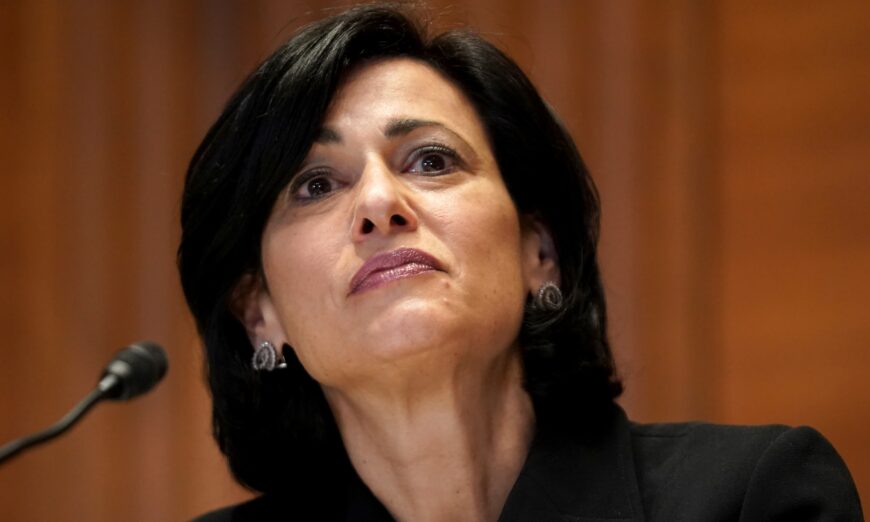 Dr. Rochelle Walensky, the director of the Centers for Disease Control and Prevention, is seen in Washington in a file photograph. (Greg Nash/Pool/Getty Images)

Influenza virus detections are rising across the United States, federal health officials said in their most recent influenza update.

In its weekly flu surveillance report, the Centers for Disease Control and Prevention (CDC) said that influenza activity remains low but is on the rise.

“The number of influenza viruses detected by clinical and public health labs has increased in recent weeks. The majority of viruses detected are A(H3N2). Most influenza A(H3N2) infections have occurred among children and young adults ages 5-24 years; however, the proportion of infections occurring among adults aged 25 years and older has increased in recent weeks,” the CDC reported.

Nationally, “influenza activity is still low overall” but there is a reported increase of influenza A(H3N2) viruses that have been detected in recent days, the federal health officials added. Most of these infections are occurring among younger adults, the CDC said.

The CDC said it is aware of influenza outbreaks in universities and colleges across several states, noting that influenza vaccination coverage is low.

Authorities at the University of Michigan-Ann Arbor campus reported a flu outbreak, which is being investigated by state and federal officials. Around 528 cases of influenza were diagnosed at the University Health Service, the university said, with 77 percent being unvaccinated against the flu.

“Through prompt detection and collaboration with county and state health officials, as well as School of Public Health and Michigan Medicine researchers, we quickly identified these cases as influenza A(H3N2) virus infections,” said a statement from Lindsey Mortenson, the university’s medical director. “Partnering with the CDC will accelerate our understanding of how this flu season may unfold regionally and nationally in the setting of the COVID-19 pandemic.”

The CDC says that influenza season generally runs from October to sometimes May, with activity usually peaking between December and February.