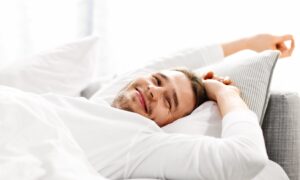 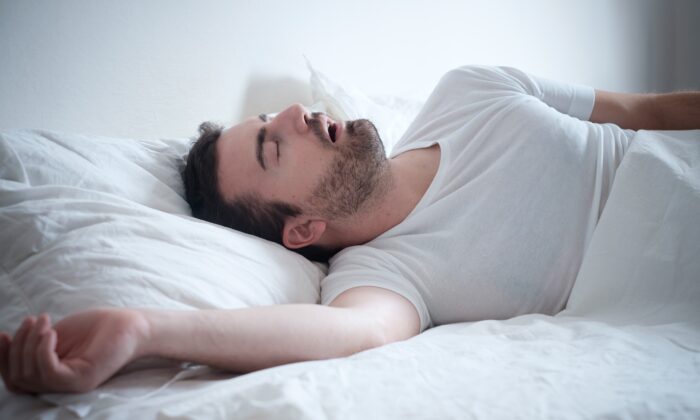 A broken sleep pattern can destroys the brain’s capacity to rest and damage to mind and body.  (tommaso79/Shutterstock)
Mind & Body

Catching ZZZs Instead of the CCP Virus

Have you ever awakened from sleep and felt so sick you imagined you had the flu? Then you went back to bed, fell fast asleep, and woke up completely recovered from all your symptoms? What started out feeling exactly like the flu—chills, headache, achy muscles, tiredness, scratchy throat, congestion, and feverish skin—somehow vanished after a few hours of solid sleep.

What explains this dramatic episode of “sickness” and “recovery?”

Answering this question will provide insights into how we understand a genuine flu illness, like the CCP virus causing the pandemic. And, as we pull back the covers on these mysterious episodes, we’ll unravel a few sleep secrets along the way.

Most of us have suffered through this flu-like experience at least once. However, many people regularly live through these episodes, which are typically caused by unrecognized sleep disorders that block solid states of sleep known as high-quality sleep.

In the simplest explanation, this flu-like symptom cluster can occur for some people after just one night of horribly broken up sleep or no sleep at all. When the person wakes up, he or she declares, “I feel sick” and wants to rush back to bed hoping to repair the damage.

After gaining some high-quality sleep, they reverse the process and feel fine.

Make no mistake, sleep is extraordinarily powerful medicine. It is crucial to our body’s repair and regeneration cycle.

The human body’s inflammatory response can help explain these similarities between getting the flu and suffering from poor sleep. And, the most telling place to investigate is our bodies’ first line of defense against infectious agents: cytokines.

When bacteria and viruses invade the body, the affected tissues release special biomolecules that conduct a reconnaissance mission to detect where trouble’s afoot. These cytokines are released at the site of invasion and let other cells know an attack is underway and must be combatted. Two of the most common cytokines are interleukin-1 beta (IL-1β) and tumor necrosis factor-alpha (TNF-α).

Obstructive sleep apnea (OSA) also triggers the release of IL-1β and TNF-α.  So, like flu, OSA causes a systemic inflammatory response in your body. Making matters worse, the cytokines triggered by this sleep breathing disorder directly attack the upper airway tissues through the friction caused by breathing in and out through a collapsing airway.

It is important we don’t overlook that in the early stages of sickness like the flu, the symptoms we experience are largely the result of the body’s immune system trying to combat the bug.

These cytokines trigger changes in cells and fluids in the tissues under attack or near those tissues. The changes are what cause redness, swelling, congestion, and pain—all of which produce the flu-like symptoms we’ve been describing.

Skimping on sleep or suffering from an untreated sleep disorder such as OSA can, therefore, mimic an attack and initiate the inflammatory cascade with symptoms similar to catching the flu.

When OSA was first discovered, most investigations reported dangerous disruption to oxygen levels in the bloodstream, because only serious forms of sleep-disordered breathing were recognized.

In the 1990s, we learned that sleep fragmentation—a broken sleep pattern that destroys the brain’s capacity to rest—also caused severe damage to mind and body.  Researchers found this disruptive breathing pattern during sleep causes your brain and body to cycle back and forth between being asleep and being awake which ultimately robs you of the deep restorative sleep your body needs to reset and rejuvenate at a cellular level.

Another study, known as a meta-analysis, examined results from five different works, all investigating C-reactive protein (CRP), a common biomarker tested in clinical practice to gauge inflammation in medical conditions. The findings showed CRP was elevated in OSA patients. The authors theorized both the throat (pharynx) and whole body were subjected to greater inflammation due to OSA. No surprise, CRP is also invariably elevated in respiratory or viral illnesses such as influenza.

The take-home message from this research is that OSA patients have greater risk or susceptibility to upper respiratory tract infection or dysfunction, such as chronic colds and sinus infections, chronic cough, pharyngitis (sore throat) and various forms of nasal congestion. They also have a greater likelihood of experiencing immune responses that mirror those triggered by these upper respiratory conditions.

Although there is no research on OSA and the CCP virus, a study in the past year on OSA and influenza yielded pivotal findings.

Patients with influenza who also had a prior diagnosis of sleep apnea ended up in the ICU more commonly when compared to any other factor studied in a group of hospitalized patients.

Moreover, sleep apnea patients manifested the highest odds ratios (a statistical term) confirming the greater likelihood of ending up in the ICU when OSA is present compared to all other factors studied.

The researchers offered reasons to explain how sleep apnea patients end up in the ICU after developing influenza, including decreased breathing quality that weakens lung function, dysfunction of the inner lining of blood vessels, inflammation and oxidative stress.

Unfortunately, no information was available on whether patients were prescribed a CPAP device, considered the gold standard OSA treatment, or if they were using CPAP prior to the onset of their illness.

I believe this information about the possible connections between OSA and admittance to the ICU could prove highly relevant in the current pandemic. As you know, across the globe there are huge concerns about shortages of ICU beds to manage CCP virus patients who need ventilators. Confirming whether these COVID-19 patients might also be diagnosed with sleep apnea, is important if such information predicts their chances of needing intensive medical care.

If OSA is a relevant factor, it raises questions on how quickly and effectively sleep apnea needs to be treated. Many of these CCP virus cases are likely to be among individuals previously undiagnosed with OSA. We know this latter statement’s veracity because sleep apnea is a significantly under-diagnosed medical condition.

Summing up, sleep is a big deal and sleep is powerful medicine. If your sleep is compromised by sleep apnea, you may have a greater risk of getting sick or becoming sicker. I strongly encourage anyone experiencing symptoms of the CCP virus to discuss your sleep issues and problems with your healthcare professionals.  For once in my career, I would strongly encourage you “not to sleep on it.”

Barry Krakow, MD is a board-certified internist and sleep medicine specialist who has practiced clinical sleep medicine and conducted sleep research for 30 years. He has pioneered innovative treatments for common sleep disorders and hosts the website www.BarryKrakowMD.com.  He lives in Savannah, Ga.