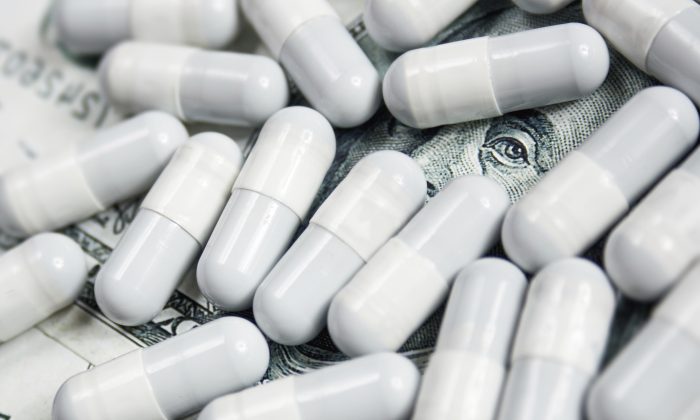 Dr. Paul Chapman of Memorial Sloan Kettering Cancer Center has seen the power of new cancer medicines firsthand. He recently prescribed a new therapy that shrank his patient’s tumor so fast it actually left a hole in her chest.

Cancer patients need the healing—and the hope—that such breakthrough drugs provide. Unfortunately, misguided proposals to cap drug prices could make it nearly impossible for patients to receive such lifesaving medicines.

As a survivor of stage IV non-Hodgkin’s lymphoma, I owe my life to such researchers. I went from being a perfectly healthy, active police officer in Orchard Park, N.Y., to having two tumors the size of fists on my lymph nodes. Thanks to my doctor, Myron Czuczman—who actually helped develop the revolutionary drug that saved my life—I’ve been in remission for 12 years.

Future success stories like mine, though, are threatened by well-intended but unwise efforts to control the prices of similar breakthrough medications.

Future success stories like mine are threatened by well-intended but unwise efforts to control the prices of breakthrough medications.

One such effort is the push for “value”-based drug pricing. The American Society of Clinical Oncology and other medical organizations have put forward frameworks that supposedly “assess the value of new cancer treatment options based on clinical benefit, side effects, and cost.”

While the cost of treatment is a valid consideration, insurance companies will inevitably use the frameworks to justify denying coverage to certain expensive drugs. The frameworks will put insurers, not patients, in charge of determining what treatments are a good “value.”

In addition to outright denying care to some patients, value frameworks will sap the incentive for drug makers to create new medications targeted toward late-stage cancers, where the chance of a revolutionary breakthrough is small.

That’s because value frameworks recommend a price for each drug based on how long it extends life expectancy. Many drugs targeted at terminally ill patients cost billions to develop but extend life expectancies by “only” a few months, on average. If drug makers can’t recoup their development costs because insurers refuse to pay for medicines that don’t score highly on value frameworks, drug makers will abandon tough research projects and instead focus on producing treatments for less-serious diseases.

Many drugs targeted at terminally ill patients cost billions to develop but extend life expectancies by ‘only’ a few months, on average.

Another effort to arbitrarily lower drug prices is the push to let government officials negotiate the prices of prescription medications in Medicare’s Part D drug benefit plan. The federal government will only be able to achieve lower Part D costs by refusing to cover expensive medicines that Medicare beneficiaries need.

That has already proven to be true in the Veterans Affairs drug benefit. The VA formulary, in which prices are set by the government, covers only 163 of the top 200 most-prescribed Medicare Part D drugs. Medicare prescription drug plans, on the other hand, cover an average of 191 drugs.

Without revenue from sales, the incentive to produce new treatments, which tend to be more effective but also more expensive, is diminished and the drugs of tomorrow that will cure cancer will never arrive.

Cancer victims won’t receive the medications they need if insurers and government bureaucrats are the ones who determine which medicines are valuable enough to provide.