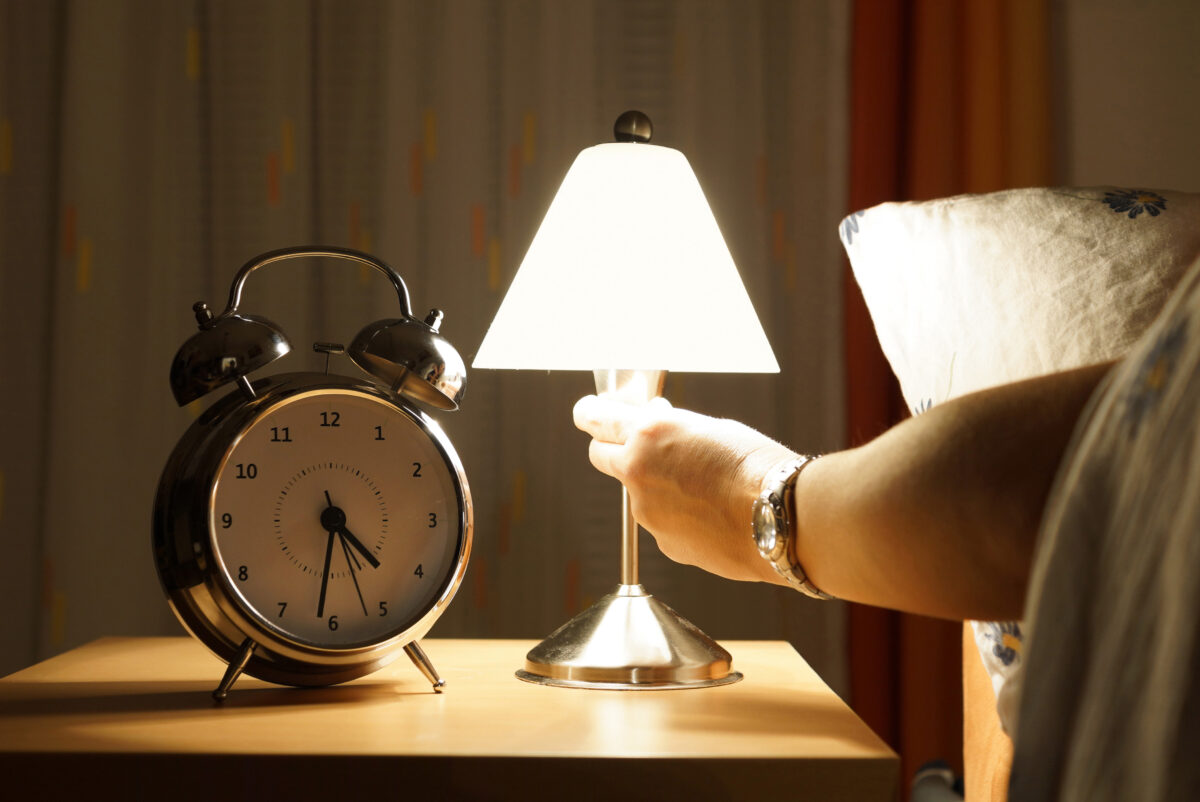 Can Your Bedtime Determine Your Heart Health?

There’s a growing body of evidence that shows a lack of sleep increases your cardiovascular risk. A study published in the European Heart Journal Digital Health found it’s not just the amount of sleep you get, but also the time you go to bed that makes a difference in your health.

In the short-term, sleep deprivation can affect your judgment, ability to learn and mood, and increase your risk of an accident or injury. How much sleep you need is dependent on your age. Adults ages 18 and older benefit from seven to nine hours of uninterrupted sleep each night.

In 2016, the Centers for Disease Control and Prevention revealed that 1 in 3 adults doesn’t get enough sleep. In reviewing the data, they found that sleep duration varied between states with a lower portion of adults who lived in states in the southeastern region of the U.S. and the Appalachian Mountains getting seven hours of sleep.

The reasons people don’t get enough sleep vary. According to the International Classification of Sleep Disorders there are approximately 90 distinct sleep conditions. Many have symptoms of daytime sleepiness, difficulty going to sleep or staying asleep, or abnormal sensations or movements that happen during sleep.

The importance of good sleep is a cornerstone of well-being that is recognized by almost all health professionals. The current study adds to the information of how integral sleep is to good health.

Going to Sleep at 10 PM May Help Protect Your Heart

One of the scientists in the featured study explained that the impact bedtime has on your health may be related to the body’s 24-hour internal clock. He noted that although the data could not be linked to causation, it did suggest that the time you go to bed may disrupt your circadian rhythm and cause adverse consequences on your heart health.

Past research has looked at and found a link between sleep duration and heart disease. However, the relationship between what time an individual goes to bed and cardiovascular disease has not been the subject of much study.

Data were collected from 103,712 U.K. participants over seven days from an accelerometer. The researchers then excluded over 15,000 people from the study as the data supplied was either low quality or incomplete. They also excluded participants who had been diagnosed with heart disease, sleep apnea or insomnia before or during data collection.

In the end, the researchers used a sample of 88,026 people. The average age of the individuals was 61 years and 58 percent of the participants were women. The participants were followed over the next 5.7 years, during which the researchers measured sleep times as they were reported before 10 p.m., between 10 p.m. and 10:59 p.m., 11 p.m. to 12 p.m. or at midnight or later.

Interestingly, the risk for those who fell asleep before 10 p.m. was similar at 24 percent. Those who went to bed consistently between 11 p.m. and midnight had a 12 percent greater risk for heart disease. After further analysis of the association with gender, the researchers found there was a stronger risk in women than in men. One of the researchers, David Plans, Ph.D., commented in a press release:

“Our study indicates that the optimum time to go to sleep is at a specific point in the body’s 24-hour cycle and deviations may be detrimental to health. The riskiest time was after midnight, potentially because it may reduce the likelihood of seeing morning light, which resets the body clock.

While the findings do not show causality, sleep timing has emerged as a potential cardiac risk factor — independent of other risk factors and sleep characteristics. If our findings are confirmed in other studies, sleep timing and basic sleep hygiene could be a low-cost public health target for lowering risk of heart disease.”

Lack of Sleep Is Associated With Cardiac Morbidity

According to the World Health Organization, ischemic heart disease and stroke were the top two global causes of death in 2019. Although there have been dramatic declines in CVDs, conditions in this category continue to remain major causes of loss of health and life.

The pervasive nature of sleep deprivation contributes to the rising incidence of heart disease and may have an underlying association with an increase in cardiovascular morbidity and mortality.

One systematic review of the literature published in the Journal of the American Heart Association included 74 studies with 3,340,684 participants. The data showed that when there was a divergence from the recommended seven to eight hours of sleep there was a higher risk of mortality and other cardiovascular events. The researchers believe that more sleep may have a higher association with adverse outcomes compared to shorter sleep duration.

A 2019 paper published in Circulation discussed the risks of cardiovascular events or death in people who sleep too little or too much. The writer notes that sleeping too little has long been associated with high blood pressure, obesity and diabetes.

Another study evaluated the risks associated with too much or too little sleep in people with known coronary artery disease. They enrolled 2,846 patients who were followed for a median of 2.8 years. The researchers found sleeping both too long and too short were independently associated with higher mortality from heart disease.

In addition to the time of night you go to sleep and the number of hours you sleep, quality of sleep is also important for your cardiovascular health.

Fragmented sleep is associated with atherosclerosis, a buildup of fatty plaque in the arteries often called “clogged” or “hardened” arteries that can result in fatal heart disease. Cardiovascular disease kills 12,000 Americans a week, which is far more than the average reported COVID-19 toll of 8,279 people each week in 2021 as reported by the CDC.

In June 2020, U.C. Berkeley sleep scientists published an article in PLOS Biology that began to clarify some of the mechanisms through which fragmented sleep can cause atherosclerosis.

Fragmented sleep is characterized by waking up during the night, having difficulty going back to sleep and a sense of not being rested when you wake in the morning. Several causes of fragmented sleep can range from stress and anxiety to excessive caffeine and alcohol consumption. It is also associated with an assortment of illnesses.

Sleep specialists from UC Berkeley studied more than 1,600 participants. They were able to separate the effect of fragmented sleep on atherosclerosis from other common contributors such as sex, ethnicity, body mass index, age, smoking status, blood pressure and other lifestyle factors.

“We’ve discovered that fragmented sleep is associated with a unique pathway — chronic circulating inflammation throughout the bloodstream — which, in turn, is linked to higher amounts of plaques in coronary arteries.”

According to Walker, “This link between fragmented sleep and chronic inflammation may not be limited to heart disease, but could include mental health and neurological disorders, such as major depression and Alzheimer’s disease.”25

Insufficient sleep is linked to other significant health problems, including: