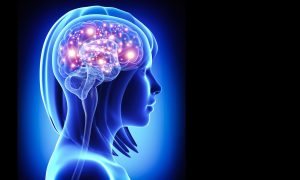 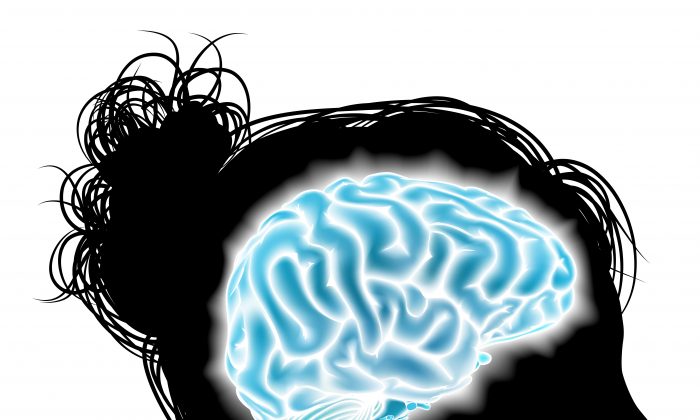 Can You Supercharge Your Brain? Electric Shock Therapy Makes a Comeback

Applying mild electrical currents to your head could take away pain, help memory, and improve attention—and the U.S. military is very interested. Some people are applying the current at home with equipment bought online.

In the summer of 2010, Ryan Clark twisted his ankle during a gym class. It was painful, but inconvenient more than anything. He was put on crutches for a week and his ankle healed. Then, six weeks later, the pain returned—only this time, it was a lot worse. Ryan ended up in a wheelchair, unable to bear the agony of walking. Drugs and rehab helped and after six weeks or so he recovered. Then he injured himself again, and a third time, each minor accident triggering pain that became horrendous. “They were just normal injuries for a 9-year-old,” says Ryan’s father, Vince, “but for him it was huge. As well as the pain, he got tremors. His muscles locked up. He’d go into full body spasms, and just curl up on the floor.”

Ryan was eventually diagnosed with complex regional pain syndrome, a disorder that affects one in a million children his age. Vince Clark, who directs the Psychology Clinical Neuroscience Center at the University of New Mexico in Albuquerque, threw himself into understanding the syndrome and finding ways to help Ryan. Traditional painkillers had provided no relief, so Clark wondered about what he’d been researching in his lab. It’s called transcranial direct-current stimulation (tDCS) and it involves applying mild electrical currents to the head.

TDCS belongs to a group of techniques known as “non-invasive brain stimulation” because they don’t involve surgery. It is still experimental, but even in 2010, it was showing promise not only for alleviating pain, but for boosting the brain, improving memory and attention in healthy people. The U.S. Department of Defense (DoD) wondered whether it might benefit military personnel. By the time Ryan became sick, Clark had led DoD-funded studies that explored this question, and produced remarkably good results.

The Royal College of Surgeons, London, January 1803. An audience watches in anticipation as the maverick Italian scientist Giovanni Aldini strides into the room. Someone else is on display before them: George Forster, a convicted murderer, who was earlier hanged at Newgate Prison. Using a primitive battery and connecting rods, Aldini applies an electrical current to the corpse. To the spectators’ amazement, it grimaces and jerks. In response to rectal stimulation, one of its fists seems to punch the air.

Aldini was fascinated by the effects of electricity on both the body and the mind, Clark tells me. After claiming to have cured a 27-year-old depressed farmer using electrical stimulation, Aldini tried it on patients with “melancholy madness” at the Sant’Orsola Hospital in Bologna. He had only limited success, in part because the patients were terrified of his apparatus.

“But with the rise of effective new drug treatments as well as public criticism in books like Ken Kesey’s One Flew Over the Cuckoo’s Nest, electrical therapies fell out of favor.”

Aldini’s experiments with electricity were the beginning of a long and storied episode in the history of psychiatry. Electroconvulsive shock therapy, which requires currents strong enough to trigger seizures, was introduced in the late 1930s. But with the rise of effective new drug treatments as well as public criticism in books like Ken Kesey’s One Flew Over the Cuckoo’s Nest, electrical therapies fell out of favor. “At some point, our culture became worried about electricity and its effects,” says Clark. “It was something scary. There was a general anxiety about it, and people weren’t willing to look at it in a rational, calm way.”

Clark is animated as he recounts the rise and fall, and subsequent rise, of electrical stimulation of the brain. While the use of electricity on people became frowned upon, neuroscientists still studied the effects on animals—”A lot of my professors in grad school had played with the effects of electricity in living tissue,” Clark says. In the 1960s, scientists found that tDCS, which involves currents up to a thousand times less powerful than those used in electroconvulsive shock therapy, could affect brain-cell “excitability” and help with severe depression. But drugs still seemed more promising as psychiatric treatments, so tDCS was abandoned.

Then in the 1980s, electroshock therapy enjoyed a resurgence. It became clear that it could treat some patients with severe depression for whom the drugs did nothing. Around the same time, interest was growing in something called transcranial magnetic stimulation (TMS). A patient undergoing TMS sits very still while a wand held above the skull generates a magnetic field that penetrates their brain. This can relieve depression and also help in rehabilitation after a stroke or head injury.

A wand held above the skull generates a magnetic field that penetrates their brain.

In 2000, Michael Nitsche and Walter Paulus at the University of Göttingen, Germany, reported that tDCS could alter a person’s response to magnetic stimulation. While TMS forces brain cells to fire, tDCS “primes the pump,” as Michael Weisend, a former colleague of Clark, describes it, making it more likely that a brain cell will fire in response to a stimulus.

Neuroscientists’ interest in tDCS was reignited by the Göttingen studies. But what really got people talking were the serendipitous findings that tDCS could change the brain functioning not only of patients but also of healthy people, who had been included in the trials only for comparison. This work was hugely influential, Clark says. Researchers began to investigate the potential of tDCS to boost healthy brains. Results showing that it could enhance learning and memory were some of the first to come in. Other teams looked at using tDCS to treat pain. Like many of his colleagues, Clark found it fascinating.

After a postdoctoral role at the National Institute of Mental Health, working in part on TMS, Clark had moved to Albuquerque in a joint appointment with the University of New Mexico and the Mind Research Network (MRN), a non-profit neuroscience research institute. His work focused on brain imaging and schizophrenia. By 2006, he was promoted to scientific director at the MRN. Clark was keen to work on tDCS but also needed to get the MRN out of financial difficulties. The institute had over-spent badly. “We were in a financial black hole,” he says. “We needed a lot of money fast.”

The part of the DoD responsible for developing new technologies for military use, put out a call for proposals for research in an area they dubbed “Accelerated Learning.”

Around this time, the Defense Advanced Research Projects Agency (DARPA), the part of the DoD responsible for developing new technologies for military use, put out a call for proposals for research in an area they dubbed “Accelerated Learning.” A general call like this attracts ideas from scientists from across the nation, each hoping that DoD dollars will flood their way. Clark and the MRN got the go-ahead. “We put a proposal together to use tDCS. And it was funded. And a lot of money came in quickly. A lot of people’s jobs were saved.”