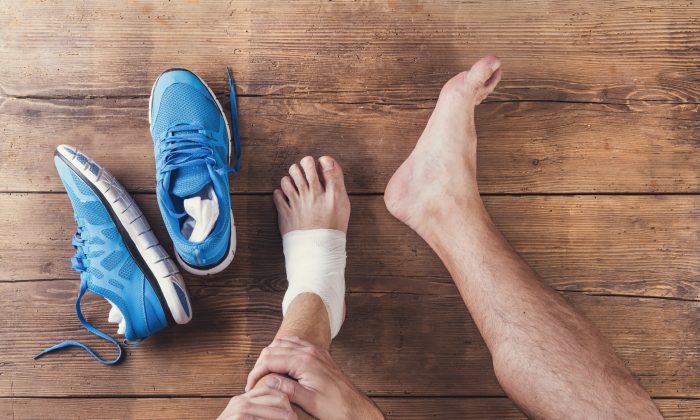 Can the Way We Move After Injury Lead to Chronic Pain?

When people suffer musculoskeletal pain—that is, pain arising from muscles, ligaments, bones, or joints—they change the way they move. Sometimes these changes include completely avoiding certain movements, and sometimes they are more subtle.

Our brains tell our bodies to move differently when we have pain. But there is growing evidence that changing the way we move might actually contribute to the development of pain that lasts for months or years.

Whether changing the way you move when you have pain is helpful or harmful probably depends on how long you have been experiencing pain.

When pain is short-lived (minutes to hours), changes in the way we move are thought to protect us from further injury by restricting movement of the damaged part.

We know that moving too little or too much can each have negative consequences for people in pain.

This important protective strategy is mirrored by altered activity in our brains. A large body of evidence shows that short-term pain causes a reduction in activity in the regions of our brains that control movement.

But for pain that lasts longer than a few days, a recent study has shown activity in the regions of our brain that control movement is actually increased—the opposite of what happens with pain lasting minutes or hours.

This is thought to reflect your brain’s search for a new way to move, now that the pain is not going away. This new way of moving likely aims to maximize your performance of daily activities while reducing pain as much as possible.

The changes we see in the brain at this stage of pain are similar to when you are learning a new movement skill—such as a tennis backhand or tango dancing. This supports the idea that once pain has persisted for a few days, your brain’s goal is to learn to move differently.

So when pain has persisted for months or years, are changes in movement still helpful?

Changes to the way we move that are helpful in the early stages of pain may have negative long-term consequences.

For example, moving differently for a prolonged period of time will alter the loading on the surrounding muscles, ligaments, and joints, potentially adding more stress to the body region that was initially injured.

This may in turn lead to persistent or recurrent pain, perhaps interspersed with only short periods that are pain-free.

Evidence from several studies shows that people who have been experiencing pain for more than three months frequently use more simple ways of moving.

Treatments that aim to retrain they way we move, such as physical activity and exercise, are the cornerstone of treatment in musculoskeletal pain.

For example, when climbing stairs, people with pain on the outside of the hip move their hips, trunk, and pelvis differently to people without pain. People with persistent elbow pain, meanwhile, show changes in muscle coordination while gripping an object.

These more simple ways of moving ultimately result in fewer peaks in brain activity than usual. This is similar to what happens when you have perfected your tennis backhand and the skill becomes more automatic, suggesting that simplified ways of moving might become ingrained in the brains of those with long-term pain.

Importantly, changes in movement persist in people who have recurring episodes of pain even when these people are usually pain-free. As a result, it has been suggested that moving differently, even when free of pain, could predispose you to another episode of pain.

Although we need more research to confirm this link, it is clear that there is a relationship between movement and pain.

Treatments that aim to retrain they way we move, such as physical activity and exercise, are the cornerstone of treatment in musculoskeletal pain. Yet the type, duration, and quantity of activity or exercise needed to promote recovery from pain is surprisingly unclear.

We know that moving too little or too much can each have negative consequences for people in pain. But we need more research to understand exactly why people move differently when in pain, and how we can use this to treat or perhaps even prevent persistent pain in the future.

Siobhan Schabrun, is a research fellow in brain plasticity and rehabilitation at Western Sydney University in Australia. This article was originally published on The Conversation.