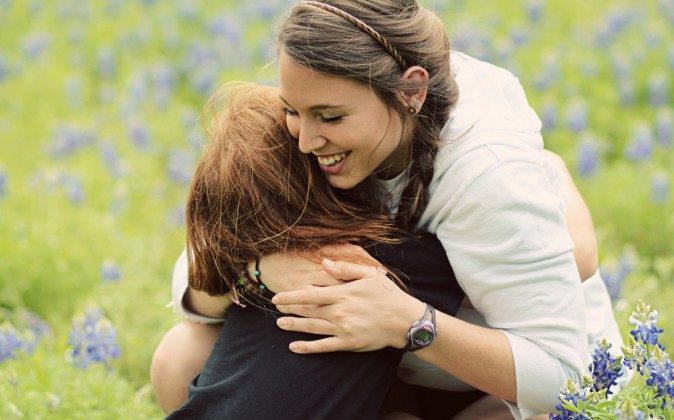 If survey data are to be trusted, there’s a surprisingly weak relationship between money and happiness. As national incomes rise, happiness does not increase.

Consider this: happiness in the United States has been stable for the past 50 years, although at the same time living standards have doubled. The same holds true for the United Kingdom and Japan.

Money does make a difference to happiness in poorer countries though. If you don’t have enough for some degree of reasonable comfort, you can expect to be pretty stressed and unhappy.

But once people reach a certain threshold (once they don’t have to worry about a roof over their heads or having enough to eat), extra money makes very little difference. (Of course, even in wealthy countries, there are some people who don’t have these basics.)

At least, that’s true with regard to rises in wealth.

Falls do make a difference to happiness levels, even if the person remains above that minimal threshold after the fall. We seem to adapt to steady rises in wealth without really noticing them, but we find it much harder to adapt to falls.

In Australia, for instance, many people are very worried about their economic security. The degree of anxiety seems completely out of step with the nation’s wealth: it may be that people have failed to appreciate how much richer they are than just a few years ago.

Indeed, it’s easy to be shocked by steadily rising prices without attending to how much more our incomes have gone up.

But why do we find it easier to adapt to rises than to falls? Perhaps our expectations make a big difference here. When we can’t buy as much, or as high quality goods, as we used to be able to, we really notice the difference. And our contentment falls.

When we can’t buy as much, or as high quality goods, as we used to be able to, we really notice the difference.(Chi King,CC BY 2.0)

When we can buy what we most want without great difficulty, though, it doesn’t make much difference whether we have $100 left over afterwards, or $150.

Another reason happiness doesn’t rise very much as income rises is that our expectations are shaped by what others in our social circle do and have. If everyone in our social circle has an iPhone, for instance, we think it’s reasonable to expect that we can have one too.

The computer you had three years ago would probably now strike you as unacceptably slow and clunky; at the time, though, you were impressed by its power and speed. But you now expect web pages to load much faster because that’s what you’re used to.

One downside of all this is that we are now on a consumption treadmill: we have to replace that computer (and tablet and smart phone) every 18 months to get the same level of satisfaction from it.

Though national income doesn’t affect happiness above a threshold, there is a paradoxical, albeit weak, relation between relative income within a country and happiness. But the effects diminish over time.

Here’s what seems to happen: when we receive a boost in income, the group of people to whom we compare ourselves gradually shifts.

Suppose you receive a promotion at work that considerably increases your income. As a result, you might be able to buy an expensive car, and comparing your new car to the cars driven by your friends might be a source of satisfaction to you.

But the promotion also brings with it opportunities, and an expectation to socialise with senior managers perhaps, and your new car looks inadequate compared to theirs.

Money could lead to happiness if it’s spent on experiences.(Marjan Lazarevski,CC BY 2.0)

So changes to happiness caused by changes in relative income tend to dissipate (though much less for people who do not place themselves in situations in which comparative assessments become probable).

The wealth of experience

There is one way to buy happiness: spend it on experiences and not stuff.

Experiences are (or maybe just seem) unique; their value doesn’t seem to decline relative to other experiences. Okay, maybe all your friends went to Phuket too; still, the meal you had at the beachside restaurant and the long walk afterwards through the tropical night is yours alone.

Further, the value of your experience doesn’t decline over time: in fact, it may grow in its worth to you as you relive it. Buying stuff stops our happiness declining, but only experiences seem to hold out the chance of increasing it.

The great political philosopher John Rawls suggested that one way we can avoid unhappiness springing from envy (from the comparison of one’s fortune with that of others) is to limit the visibility of disparities in income.

Whatever the merits of that suggestion, it seems hard to implement in a society that tunes in to Keeping Up with the Kardashians. Perhaps we’d do better to promote the value of experiences over material goods as a route to real happiness.

And, of course, at the same time prevent everyone (no matter where they are or who they are) from falling below a threshold in material welfare that ensures they will not suffer the stresses of worrying about their basic needs being met.

Neil Levy receives funding from the Australian Research Council. Previously he has received funding from the Wellcome Trust and the Templeton Foundation. This article was originally published on The Conversation. Read the original article.