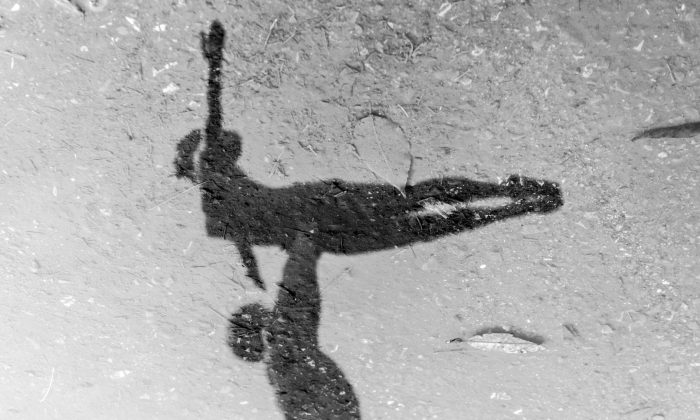 Can Meditation or Ballet Make Us More Wise?

By University of Chicago
biggersmaller
Print

Wisdom, traditionally associated with old age, is found in people of all ages. So, what makes a person wise?

A new study confirms previous research that meditation is associated with wisdom. But surprisingly, it also finds that somatic, or physical, practices such as classical ballet might be linked to wisdom, too.

Researchers included ballet in the study “not expecting to find that it was associated with wisdom, but rather for comparison purposes,” says Patrick B. Williams, lead author and a postdoctoral researcher in the psychology department at the University of Chicago.

“The link between ballet and wisdom is mysterious to us and something that we’re already investigating further,” Williams says. This includes ongoing studies with adult practitioners of ballet, as well as among novices training at Chicago’s Joffrey Ballet. Williams wants to track novices and seasoned practitioners of both meditation and ballet for months and years to see whether the association holds up over time.

“As far as I know, this is the first study to be published that looks at the relationship between meditation or ballet and increased wisdom,” says Monika Ardelt, associate professor of sociology at the University of Florida, a leading wisdom researcher who was not involved in the study. “The finding that the practice of ballet is associated with increased wisdom is fascinating. I think this study will lead to more research on this question.”

Until now, science has overlooked somatic practices as a possible path to wisdom, Williams says.

Although wisdom, as an intellectual pursuit, is one of the oldest subjects studied by humankind, it is one of the youngest as a scientific pursuit.

“No studies have examined whether physical practices are linked to the cultivation of personal wisdom, nor have they theorized that this association might exist,” the authors write in the study published in the journal PLOS ONE.

“As we learn more about the kinds of experiences that are related to wisdom, we can gain insight into ways of studying the mechanisms that mediate wisdom,” says Howard Nusbaum, professor of psychology at the University of Chicago.

For the study, 298 participants took a self-reported survey that asked about experience, both in number of years and hours of practice, as a teacher or student of four activities: the Alexander Technique, a method for improving posture, balance, coordination, and movement; the Feldenkrais Method, a form of somatic education that seeks to improve movement and physical function, reduce pain, and increase self-awareness; meditation; and classical ballet. It also included psychological questionnaires that asked about characteristics thought to be components of wisdom, such as empathy and anxiety.

The findings showed that those who practice meditation—vipassana (29 percent), mindfulness (23 percent), Buddhist (14 percent), and other types—had more wisdom, on average, than those in the three other groups. More importantly, it established for the first time that the link between meditation and wisdom might be attributable to a lower level of anxiety.

These findings indicate that meditation might have more benefits than as a stress-reduction or pain-reduction technique.

“We are the first to show an association between wisdom, on the one hand, and mental and somatic practice, on the other,” Williams says. “We’re also the first to suggest that meditation’s ability to reduce everyday anxiety might partially explain this relationship.”

Participants who practiced ballet had the lowest levels of wisdom. Nevertheless, the more they practiced ballet, the higher they scored on measures of psychological traits that are associated with wisdom.

“We hope our exploratory research will encourage others to replicate our results and look for other experiences that are linked with wisdom, as well as the factors that might explain such links,” Williams says.

“Although wisdom, as an intellectual pursuit, is one of the oldest subjects studied by humankind, it is one of the youngest as a scientific pursuit.”

The study may generate a lot of interest with the public and in the growing field of the study of wisdom, especially due to the current interest in meditation, Ardelt says. “These findings indicate that meditation might have more benefits than as a stress-reduction or pain-reduction technique,” she says.

If mental and somatic practices can lead to more wisdom, “their applications should be explored across settings such as in the classroom or workplace with the goal of creating not only wiser people, but also a wiser society,” the researchers conclude.