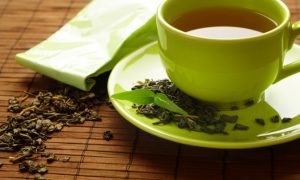 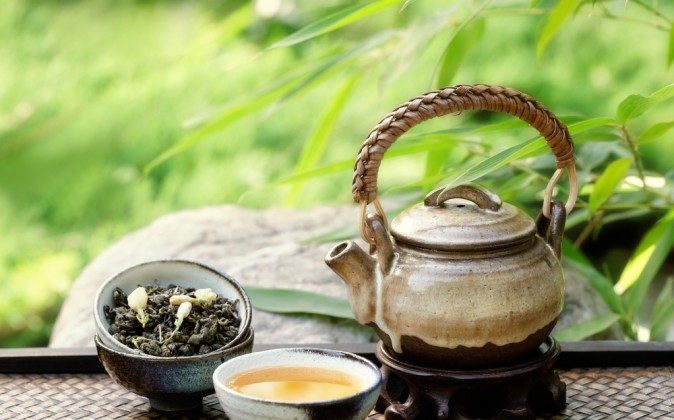 Dozens of people have ended up with liver toxicity from taking high doses of green tea supplements for weight loss. New research suggests that drinking the tea for weeks beforehand could reduce this risk.

Researchers gave mice high doses of the green tea polyphenol epigallocatechin-3-gallate (EGCG). The dosage was equivalent to the amount of the polyphenol found in some dietary supplements taken by humans.

One group of mice was pretreated with a diet containing a low level of ECGC for two weeks prior to receiving high doses of the polyphenol. Another group was fed a diet that did not include EGCG prior to receiving the high, supplement-like doses.

After three days of high doses, the scientists tested the blood of the mice to determine how their livers handled the EGCG. Pretreated mice had a 75 percent reduction in liver toxicity compared to untreated mice.

Weeks or Months of Tea

Lambert suggests that the research has relevance to people who are taking or are considering taking supplements containing green tea extract.

“We believe this study indicates that those who are chronic green tea consumers would be less sensitive to potential liver toxicity from green-tea-based dietary supplements,” he says. “If you are going to take green tea supplements, drinking green tea for several weeks or months ahead of time may reduce your potential side effects.”

Lambert has another suggestion for people considering green tea supplements—drink green tea instead.

“Drinking green tea rather than taking supplements will allow you to realize the benefits and avoid the risk of liver toxicity,” he says.

“The beneficial effects that people have reported as being associated with green tea are the result of dietary consumption rather than the use of supplements. The relative risk of using supplements remains unclear.”

Tea—Camellia sinensis—is rich in catechins, polyphenols that are natural antioxidants. A number of animal studies have shown the preventive effects of green tea polyphenols against obesity. And Lambert points out that a recent analysis of 11 human trials with green tea preparations reported a nearly three-pound average body weight loss in intervention groups compared to control groups.

Approximately 34 percent of adults in the United States are classified as obese, Lambert notes, leading to a strong interest in the potential benefits of including green tea and green tea supplements in weight-loss efforts. The liver toxicity research, recently published online in Food and Chemical Toxicology, reveals a unique property of the green tea polyphenol EGCG.

“Drinking green tea rather than taking supplements will allow you to realize the benefits and avoid the risk of liver toxicity.”
— Josh Lambert

“It appears that EGCG can modulate its own bioavailability and that dietary treatment may reduce the toxic potential of acute high oral doses of EGCG,” says lead researcher Sarah Forester, assistant professor of chemistry at California State University, Bakersfield, and a former Penn State postdoctoral fellow.

Some people drink surprisingly large volumes of green tea, according to Lambert, as much as 10-20 cups a day, but liver toxicity has never been reported in that context.

“No person can sit down and drink 16 cups of green tea all at once,” he says. “However if you take a supplement you can get that type of green tea extract dose, so there is some indication that the dosage form has an influence on the potential to cause liver toxicity.”

Herb & Vitamin Fillers – Is There a Recommended Dose?

*Image of “green tea” via Shutterstock