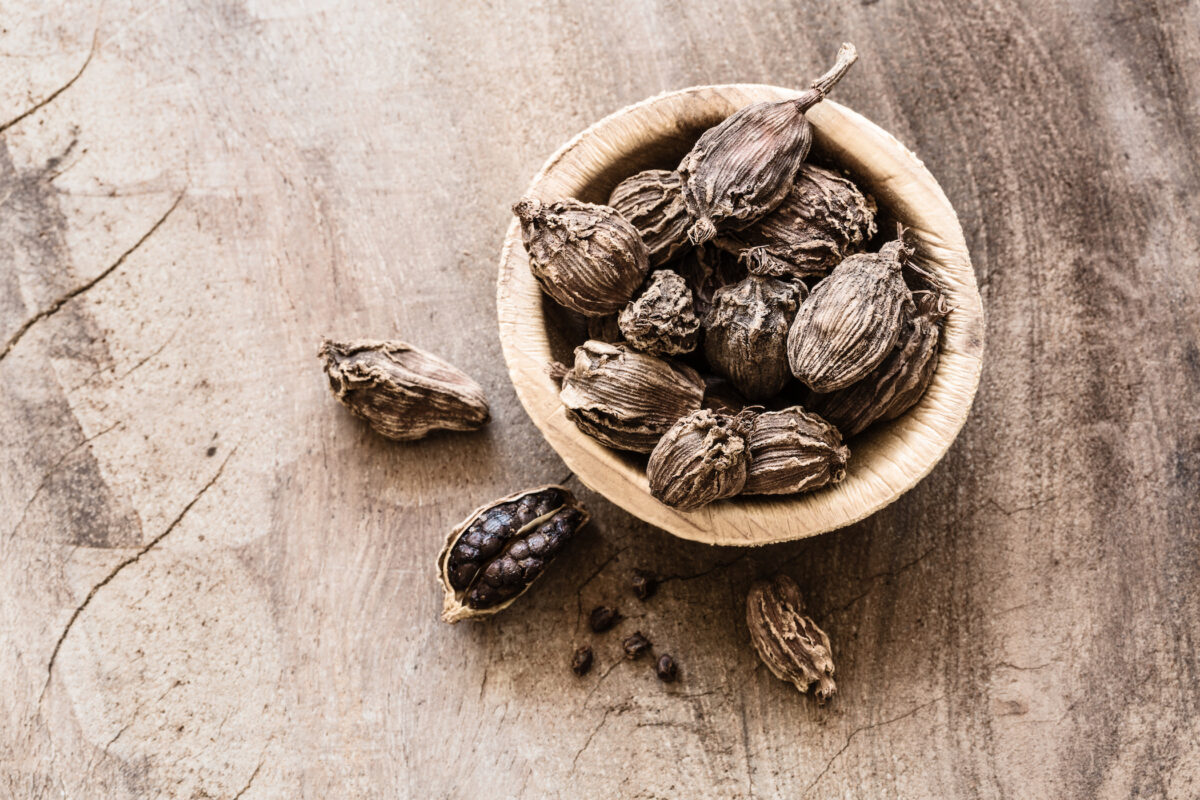 "With black cardamom being commonly used as an important spice in cooking, further in-depth investigation about its impact on lung cancer progression in the pre-clinical models can provide strong evidence in support of the 'food as medicine' philosophy of Hippocrates that has been neglected to great extent in the present day," says Gautam Sethi.(Rostovtsevayu/Shutterstock)
Food as Medicine

Black cardamom contains potent bioactive compounds that could be used in the treatment or prevention of lung cancer, according to a new study.

The main challenges associated with existing lung cancer drugs are severe side effects and drug resistance. There is a constant need to explore new molecules for improving the survival rate and quality of life of lung cancer patients.

In Indian Ayurvedic medicine, black cardamom has been used in formulations to treat cancer and lung conditions. A team of researchers from the National University of Singapore Faculty of Science, NUS Yong Loo Lin School of Medicine, and NUS College of Design and Engineering studied the scientific basis behind this traditional medicinal practice and provided evidence of the cytotoxic effect of black cardamom on lung cancer cells.

The research highlights the spice as a source of potent bioactives, such as cardamonin and alpinetin. The study is the first to report the association of black cardamom extract with oxidative stress induction in lung cancer cells, and compare the spice’s effects on lung, breast, and liver cancer cells.

The findings, published in the Journal of Ethnopharmacology, could potentially lead to the discovery of safe and effective new bioactives which can prevent or cure cancer formation.

The research provides the verification of ethnomedical uses of black cardamom for its effect on lung-related conditions. Black cardamom is typically used in Asian households in rice preparations, curries, and stews either as a whole spice or in powdered form. The spice is also prescribed in Indian Ayurvedic medicine in powder form where it is used for conditions such as cough, lung congestion, pulmonary tuberculosis, and throat diseases. In addition, black cardamom has been used in medicine formulations for cancer patients in some rural and tribal cultures in India.

“The study lays the foundation for further study on whether consuming black cardamom can prevent, or help as a therapeutic for, lung cancer. Previous research papers on black cardamom’s effects on cancer were preliminary and did not link research findings with the use of black cardamom in traditional medicine. There was also not enough screening done using different cancer cells to understand which cancer cells were most responsive to black cardamom extracts,” says Pooja Makhija, a doctoral student from the chemistry department at NUS Faculty of Science.

Cell death was caused by apoptosis with cells displaying morphological changes, such as shape distortion and shrinkage, increased oxidative stress, and a failure in DNA damage repair.

After running the extract though liquid chromatography mass spectrometry analysis, the researchers linked the presence of two well-researched bioactives, cardamonin and alpinetin, to the cytotoxic potential of black cardamom.

“With black cardamom being commonly used as an important spice in cooking, further in-depth investigation about its impact on lung cancer progression in the pre-clinical models can provide strong evidence in support of the ‘food as medicine’ philosophy of Hippocrates that has been neglected to great extent in the present day,” says Gautam Sethi associate professor in the pharmacology department at the NUS Yong Loo Lin School of Medicine, who was a collaborator for the research.

“The black cardamom extract used in the study can potentially be used to isolate and identify more novel chemical compounds that can be effective against cancer cells. These new actives could then undergo cellular, pre-clinical, and clinical testing for further development into drugs for treating cancer,” says co-principal investigator Bert Grobben adjunct associate professor in the department of industrial systems engineering and management at the NUS College Design of Engineering.

This article was originally published by National University of Singapore. Republished via Futurity.org under Creative Commons License 4.0.