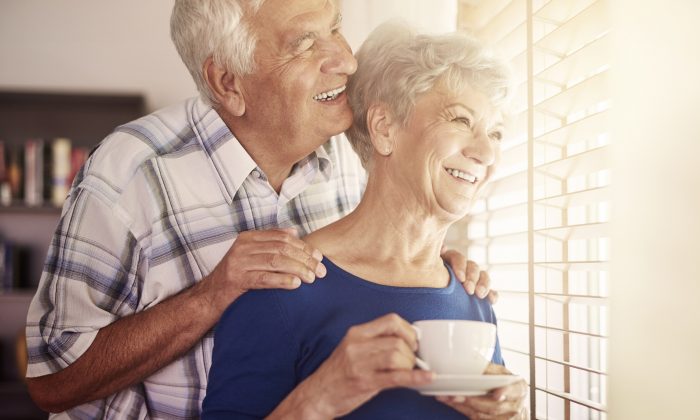 Can a Dying Patient Be a Healthy Person?

The news was bad. Mimi, a woman in her early 80s, had been undergoing treatment for lymphoma. Her husband was being treated for bladder cancer. Recently, she developed chest pain, and a biopsy showed that she had developed a secondary tumor of the pleura, the space around one of her lungs. Her oncology team’s mission was to share this bad news.

Mimi’s case was far from unique. Each year in the United States, over 1.6 million patients receive hospice care, a number that has been increasing rapidly in recent years. What made Mimi’s case remarkable was not the grimness of her prognosis but her reaction to it.

When the members of the team walked into Mimi’s hospital room, she was lying in bed holding hands with her husband, who was perched beside her on his motorized wheelchair. The attending oncologist gulped, took a deep breath, and began to break the news as gently as he could. Expecting to meet a flood of tears, he finished by expressing how sorry he was.

A body has a disease, but only a person can have an illness.

To the team’s surprise, however, no tears flowed. Instead, Mimi looked over at her husband with a broad smile and said, “Do you know what day this is?” Somewhat perplexed, the oncologist had to admit that he did not. “Today is very special,” said Mimi, “because it was 60 years ago this very day that my Jim and I were married.”

The team members reacted to Mimi with astonishment. How could an elderly woman with an ailing husband who had just been told that she had a second, lethal cancer respond with a smile? Compounding the team’s amazement, she then went on to share how grateful she felt for the life she and her husband had shared.

Mimi thanked the attending oncologist and the members of the team for their care, remarking how difficult it must be to deliver bad news to very sick patients. Instead of feeling sorry for herself, Mimi was expressing sympathy for the people caring for her, exhibiting a remarkable generosity of spirit in the face of a grim disease.

The members of the team walked out of Mimi’s room shaking their heads in amazement. Once they reached the hallway, the attending physician turned and addressed the group: “Mimi isn’t the only person in that room with cancer, but she is surely the sickest. “And yet,” he continued, to nods all around, “she is also the healthiest of any of us.”

Disease Need Not Define Us

“Be thine own palace, or the world’s thy jail.” —John Donne

Mimi’s reaction highlights a distinction between disease and illness, the importance of which is becoming increasingly apparent. Simply put, a body has a disease, but only a person can have an illness. People can respond very differently to the same diagnosis, and those differences sometimes correspond to demographic categories, such as male or female. Mimi is a beautiful example of the ability to respond with joy and gratitude even in the face of life’s seemingly darkest moments.

The word “health” shares the same source as the word “whole,” implying completeness or fullness.

Consider another very different patient the cancer team met with shortly after Mimi. Ron, a man in his 40s who had been cured of lymphoma, arrived in the oncology clinic expecting the attending oncologist to sign a form stating that he could not work and therefore qualified for disability payments. So far as the attendant knew, there was no reason Ron couldn’t hold a job.

Ron’s experience of disease was very different from Mimi’s, a phenomenon familiar to cancer physicians. Despite a dire prognosis, Mimi was full of gratitude. Ron, by contrast, though cured of his disease and apparently completely healthy, looked at his life with resentment, even anger. He felt deeply wronged by his bout with cancer and operated with a sense that others should do what they could to help make it up to him.

Mimi was dying but content with her life. Ron was healthy but filled with bitterness. Both patients had the same diagnosis, cancer, but the two human beings differed dramatically, and so too did their illness experiences. Mimi felt blessed by 60 years of a good marriage, while Ron saw in his cancer just one more example of how unfair life had been to him.

The Real Meaning of Health

“Death be not proud, though some have called thee Mighty and dreadful, for thou art not so …” —John Donne

When the members of the cancer team agreed that Mimi was the healthiest person in the room, they were thinking of health in terms of wholeness or integrity. In fact, the word “health” shares the same source as the word “whole,” implying completeness or fullness. Ron felt repeatedly slighted, but Mimi looked at life from a perspective of abundance.

A full life is not necessarily marked by material wealth, power over others, or fame. Many people who live richly do so modestly and quietly, never amassing fortunes, commanding legions, or seeing their picture in the newspaper. What enriches their lives is not success in the conventional sense but the knowledge that they have done their best to remain focused on what really matters.

Mimi easily called to mind many moments when she and those she cared about shared their company and their love. Any sense of regret or sorrow over what might have been quickly gave way to a sense of gratitude for what really was, still is, and will be. Her outlook on life was shaped by a deep conviction that it had meaning that would transcend her own death.

When someone has built up a life ledger full of meaningful experiences, the prospect of serious illness and death often do not seem so threatening. For Mimi, who had lived most of her days with a keen awareness that they would not go on forever, death’s meaning had been transformed from “Life is pointless” to “Make every day count.” Though not happy to be ill, Mimi was in a profound sense grateful for death. Her sentiments echo those of the poet John Donne:

“One short sleep past and we wake eternally: And death shall be no more; death, thou shalt die.”