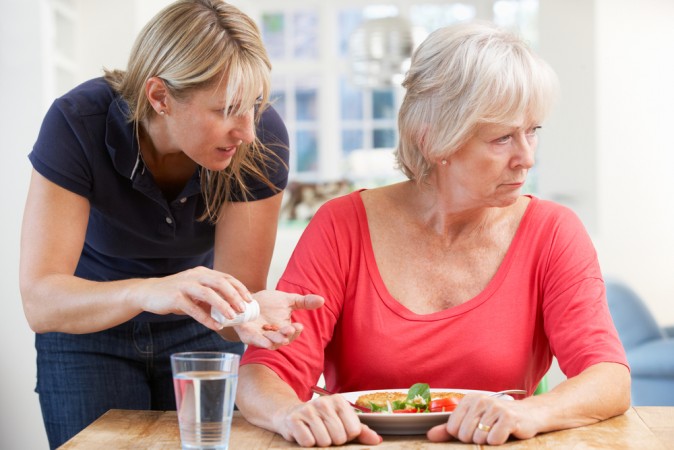 Here’s a possible Trivial Pursuit question: “What’s the fastest growing unpaid profession in North America?” I admit I wouldn’t have known the answer.

According to the Family Caregiver Alliance, more than 65.7 million Americans, that’s 29 percent of the population, provide care to a family member, loved one, or friend who is ill, disabled, or aged. But when does such labor of love trigger burnout anger in the caregiver?

A report from Johns Hopkins University states that the average unpaid, or informal, caregiver is a 46-year-old female with a full- or part-time job who spends about 20 hours a week catering for her mother. But for those caring for a loved one older than 65, the average age is 63. Unfortunately, one-third of these caregivers are also in poor health.

Another study, carried out in Sweden, revealed the shocking news that 18 percent of people older than 75 were involved in the care of others. For these elderly caregivers, this isn’t what they expected to be doing in their golden years.

I’m sure while they’re carrying out these arduous daily tasks, they must share the thought of the German philosopher Nietzsche who remarked, “There is no greater misery than to remember happier times.”

The problem with an aging population is that they suffer from a variety of problems. For instance, a Gallup survey revealed that 15 million North Americans are caring for someone incapacitated by some form of dementia, such as Alzheimer’s disease. Millions of others are helping family members who are suffering from cancer, stroke, multiple sclerosis, or Parkinson’s disease or are incapacitated by severe, unrelenting arthritic pain.

Sooner or later, the demands of time and energy made on some caregivers triggers a reaction, similar to the last straw that finally breaks the camel’s back. This crisis occurs when they have neglected their own health for too long.

Caring for others is also a dangerous job. For example, in one study, caregivers aged 66 and over had a 63 percent higher mortality rate than noncaregivers of the same age.

The physical task facing caregivers can be overwhelming. But according to experts, it’s the mental toll that is more likely to bring caregivers to their knees. They suffer from loneliness, anxiety, fear of the future, depression, and at times anger at the person they’re caring for. It’s a small wonder that they require more antidepressants and anti-anxiety drugs than the general population.

So, how can caregivers cope with physical and mental stress day after day?

First, it’s vital that they don’t put their own health at the bottom of the list. This is a sure formula for burnout. Family members must keep a wary eye on the caregiver and realize there’s a crisis in the making if they notice her or him reaching for alcohol, having difficulty concentrating, suffering from insomnia, or having thoughts of suicide.

This is a time when other family members must share the burden.

Caregivers who remain silent and uncomplaining are quicker to suffer burnout. It’s important for them to “let it out” with a family member, friend, clergy, or a counselor. It’s also prudent for them to get some form of exercise daily and to find time during the day for something they enjoy, whether it be reading a book or watching a movie.

Remember that many of the diseases that afflict the elderly have major organizations to provide information on how to handle difficult situations. They also provide support groups in your area.

Caregivers must be ready for emergencies. This means trying to plan ahead for the dangers that could occur in the community. For example, you may live in an area that is prone to sudden snowstorms. What will happen at subzero temperatures if electrical power shuts down for days?

Others who reside in tornado regions need to plan an escape route and how to handle someone in a wheelchair. Moreover, even with a plan of action, you won’t get far if the car hasn’t an ample supply of gas.

Caregiving involves so much work and stress that it’s no wonder the handler suffers burnout. The bad news is this problem is going to get worse.

Gifford-Jones, M.D., is a medical journalist based in Toronto. His website is DocGiff.com. He may be contacted at Info@docgiff.com.

*Image of “relatives” via Shutterstock