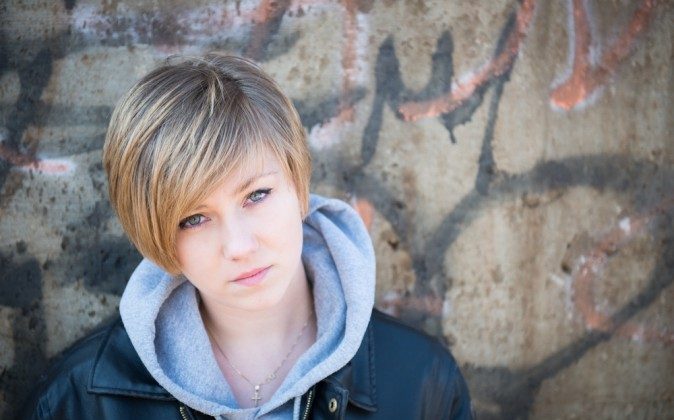 Bullying May Have Long-Term Health Consequences

Bullied children may experience chronic, systemic inflammation that persists into adulthood, while bullies may actually reap health benefits of increasing their social status through bullying, according to researchers at Duke Medicine.

The study, conducted in collaboration with the University of Warwick, the University of North Carolina at Chapel Hill and Emory University, is published online in the Proceedings of the National Academy of Sciences the week of May 12, 2014.

“Our findings look at the biological consequences of bullying, and by studying a marker of inflammation, provide a potential mechanism for how this social interaction can affect later health functioning,” said William E. Copeland, Ph.D., associate professor of psychiatry and behavioral sciences at Duke University School of Medicine and the study’s lead author.

Earlier studies have suggested that victims of childhood bullying suffer social and emotional consequences into adulthood, including increases in anxiety and depression. Yet, bullied children also report health problems, such as pain and illness susceptibility, which may extend beyond psychological outcomes.

“Among victims of bullying, there seems to be some impact on health status in adulthood,” Copeland said. “In this study, we asked whether childhood bullying can get ‘under the skin’ to affect physical health.”

Copeland and his colleagues used data from the Great Smoky Mountains Study, a robust, population-based study that has gathered information on 1,420 individuals for more than 20 years. Individuals were randomly selected to participate in the prospective study, and therefore were not at a higher risk of mental illness or being bullied.

Participants were interviewed throughout childhood, adolescence and young adulthood, and among other topics, were asked about their experiences with bullying. The researchers also collected small blood samples to look at biological factors. Using the blood samples, the researchers measured C-reactive protein (CRP), a marker of low-grade inflammation and a risk factor for health problems including metabolic syndrome and cardiovascular disease.

“CRP levels are affected by a variety of stressors, including poor nutrition, lack of sleep and infection, but we’ve found that they are also related to psychosocial factors,” Copeland said. “By controlling for participants’ pre-existing CRP levels, even before involvement in bullying, we get a clearer understanding of how bullying could change the trajectory of CRP levels.”

Three groups of participants were analyzed: victims of bullying, those who were both bullies and victims, and those who were purely bullies. Although CRP levels rose for all groups as they entered adulthood, victims of childhood bullying had much higher CRP levels as adults than the other groups. In fact, the CRP levels increased with the number of times the individuals were bullied.

Young adults who had been both bullies and victims as children had CRP levels similar to those not involved in bullying, while bullies had the lowest CRP – even lower than those uninvolved in bullying. Thus, being a bully and enhancing one’s social status through this interaction may protect against increases in the inflammatory marker.

While bullying is more common and perceived as less harmful than childhood abuse or maltreatment, the findings suggest that bullying can disrupt levels of inflammation into adulthood, similar to what is seen in other forms of childhood trauma.

“Our study found that a child’s role in bullying can serve as either a risk or a protective factor for low-grade inflammation,” Copeland said. “Enhanced social status seems to have a biological advantage. However, there are ways children can experience social success aside from bullying others.”

The researchers concluded that reducing bullying, as well as reducing inflammation among victims of bullying, could be key targets for promoting physical and emotional health and lessening the risk for diseases associated with inflammation.

*Image of “teen girl” via Shutterstock