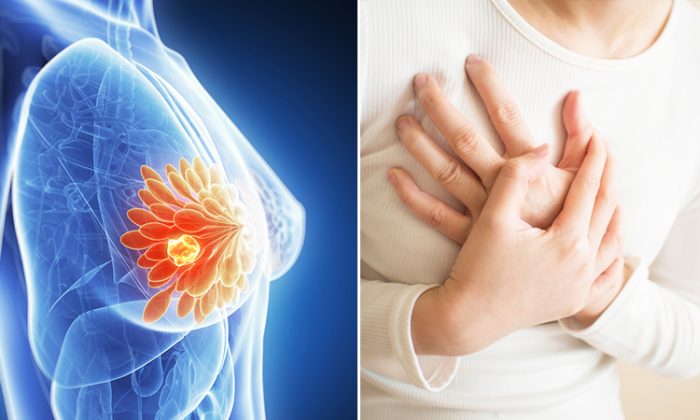 Drug for early-stage HER2 patients
By AAP

Kate Harper wants to be around to watch her two young twin sons grow up.

That’s why, after grappling with the feeling of helplessness that came with being diagnosed with breast cancer, she made a commitment.

“I said right from the start—and my husband’s in agreement as well—that we would attack everything and anything that was offered,” the 47-year-old told AAP.

“I wanted to get rid of it as best we could now and not go through the whole recurrence thing.”

In the year following her diagnosis in early 2016, Harper’s treatments included chemotherapy, surgery, a course of the drug trastuzumab and radiation.

But her ears pricked up when her oncologist told her of a new medication for people with her type of breast cancer, HER2-positive, which trials have shown reduces women’s five-year risk of the disease re-emerging or death by 42 per cent.

She was told the oral drug, Nerlynx, would come at a cost.

A full course of treatment over 12 months in North America comes with a price tag of about $200,000.

But Harper was fortunate to learn a clinical trial for the medication was being run in her area by Breast Cancer Research Centre WA oncologist Professor Arlene Chan.

She is now more than halfway through a year-long course of the drug, with four months remaining.

Knowing it is improving her chances of staying alive to spend more time with her now-eight-year-old boys Dylan and Riley, with whom she learns Taekwondo, means everything.

“It’s huge. It’s so hard to put into words what it means,” she said.

More women may now be given the chance to feel similarly, with the Therapeutic Goods Administration freshly approving the drug for sale in Australia.

It can now be used by women with early-stage, HER2-positive breast cancer who have used the drug trastuzumab after an initial treatment such as chemotherapy.

The step follows the drug’s approval in both the United States and Europe.

Day 3 Nerlynx: warning .. I do talk about my digestive system so don’t listen if you don’t want to know.. as this is the biggest issue on this drug. And for those asking.. I am not treating a reoccurrence of cancer, rather taking this drug to prevent a reoccurrence. I am on two drugs to help prevent reoccurrence. I am on Tamoxifen for the next 10 years as well as this new drug Nerlynx for 1 year. Tamoxifen helps block estrogen driven cancer and Nerlynx helps to kill any floating Her2 cancer cells! I’ve had a lot of questions so hopefully that info is helpful but please continue to ask if you want more info!

“This is unique. This is the only drug, which has been shown when given after chemotherapy and trastuzumab, to reduce the risk of recurrence,” Chan told AAP.

“That’s what every woman diagnosed with HER2 breast cancer would want to achieve.”

Diarrhoea is the most common side effect for the medication, but Chan said evidence is emerging that anti-diarrhoeal medications can help reduce this impact.

She is now hoping the federal government will subsidise the drug, being distributed in Australia by Specialised Therapeutics Asia (STA), through a listing on the Pharmaceutical Benefits Scheme.

STA has committed to providing the medication for free until that time, but Chan stressed that is not sustainable in the long-term.

“Long-term, having it available on Medicare is the ultimate goal.”

The supplier has submitted a reimbursement application to the Pharmaceutical Benefits Advisory Committee, which it says it not under evaluation.

However according to physician Elaine Schattner, one thing potential patients should consider is that there is the potential for the drug to be over-prescribed or overused by women with small HER2+ breast tumours, she wrote in Forbes. Schattner also expressed that she remained wary of the drug’s overall efficacy given its toxicity and the negligible improvement reported when compared to those given a placebo.