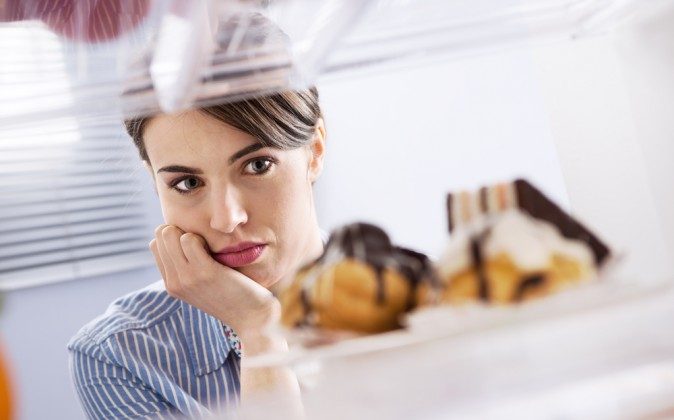 Habits, both good and bad ones, are formed by repeatedly doing an action—over and over and over again. Researchers have discovered that when an action is continually repeated for at least 66 days, it becomes an automatic response, because that’s how long it takes to form new neural pathways/patterns in the brain.

Additionally, habits, whether good or bad, are powerful.

The positive aspect of this power is our brains are cleverly designed for automation so that we can spend our mental focus and energy on other pursuits. We don’t have to think about every little thing we do. For instance, we automatically brush our teeth after a meal, or wash our hands after using the restroom, or start a load of laundry when the hamper is full, or hit the garage door opener before exiting the garage, etc.—without consciously thinking about the action. The negative aspect is if we’ve developed a bad habit, it becomes automated also and can ruin our health in the process.

Unfortunately, for many of us, we’ve developed a few “bad” (unhealthy) habits over the years without giving much thought to them at the time—and the repeated action(s) have become automatic. We’ve literally become “stuck in a rut.”

The good news is that unhealthy habits can be broken, abandoned, and completely die out by replacing them with good, healthy habits; because our amazing brains have the potential to make new neural pathways!

For instance, when I was a preschooler and held a pencil or crayon for the first time, I favored my left hand. Over the years I developed a habit of only writing or drawing with my left hand. It’s set in cement—I don’t even think about the process. My brain has established such a strong neural pathway that writing legibly with my left hand is second nature to me.

However, if I were in an accident and could no longer use my left hand, my brain could be successfully rewired and trained to write with my right hand as well. It would require determination, focus, repetitive practice, and perseverance—never giving up, but over time it could be done. Many have successfully retrained their brains to write with the opposite hand; although, in the beginning they may have had to intentionally put the favored hand in a pocket or behind their backs to break the former habit.

Taking all of this a step further, addiction is the continual repetition of a behavior despite adverse consequences.

For example, one may know that overeating is disease-causing, but despite that knowledge, and even despite bloating, a groaning stomach, and/or a stomachache afterwards, continue to repeat the behavior. Or one may know that eating cheese clogs up the arteries and feeds the growth of cancer cells, but continue to eat it anyway on an ongoing basis. Or know that smoking cigarettes can lead to lung cancer, but continue to smoke every day anyway…that’s called addiction.

So how does one establish healthy habits, especially if an addiction has developed over the years due to continual, destructive choices?

Basically, by keeping that hand in the pocket so-to-speak (intentionally abstaining from the destructive substance or behavior), and replacing the unhealthy habit with a healthy one—and then repeatedly doing it, no matter what—until the new habit is set in stone.

It takes radical commitment, determination, focus, patience, repetitive practice, and ongoing support, combined with a huge dose of perseverance—never giving up—but it can be successfully done!

Don’t believe the lie that you are stuck in an unhealthy rut forever. You can create new, healthy habits in its place! And you can overcome an addiction! The brain is perfectly capable and able to make new neural pathways with the firm decision from you to change.

Make the commitment to change.

What healthy habit(s) are you going to begin in earnest?

There are no shortcuts to establishing healthy habits. There’s a price to pay, especially in the beginning, but the rewards are a lifetime of enjoying the best health that’s possible — and that’s priceless!

Here’s to great success to all!

“Good habits are worth being fanatical about.”

“The best gifts anyone can give to themselves are good health habits.”