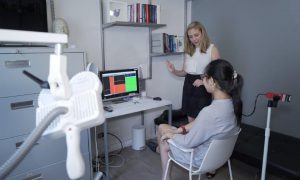 Neurofeedback: Retraining Your Brain to Focus
0 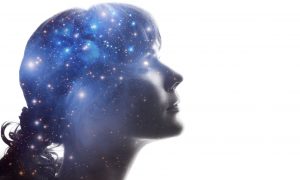 Unexpected Evidence of a Brain Microbiome
0 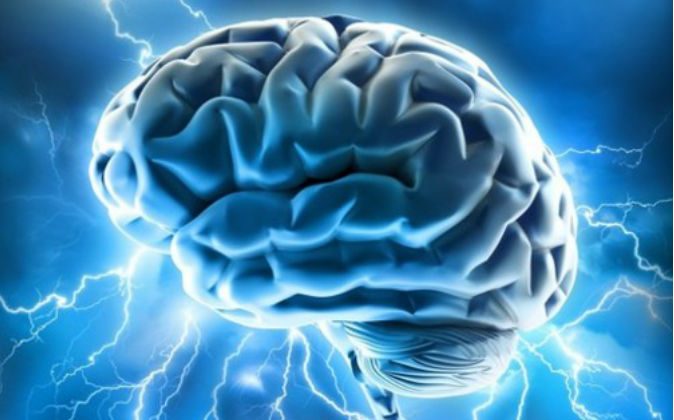 Our brain is an intense symphony of billions of neuron signals, each of which must arrive in the right place at the right time. (Allan Ajifo/Flickr/CC BY 2.0)
Mind & Body

Air traffic controllers monitor the movements of thousands of flights, taking into account the types of aircraft used and the cargo carried. In order to properly coordinate arrivals and departures, aircraft speeds must be constantly adjusted.

Without these navigation directions, chaos could threaten lives in the airspace.

My research in neurophysiology and neuroscience has shown me how the brain faces the same situation as an air traffic controller, but on a completely different scale: It has to manage the incessant traffic of signals that pass between billions of neurons and coordinate their pace constantly.

How does the brain do this?

Most of the volume of our brain is occupied by wires called axons, which form a complex network called white matter. Like a maze of airways linking cities around the world, white matter manages communication and coordination between the various areas where populations of neurons process information. These areas are located in different parts of the brain, sometimes close to each other, sometimes far away: this is the principle of distributed computing.

The Faster, the Better

The control of traffic in the brain is crucial—the faster the information travels through the brain, the more efficiently the different areas of the brain cooperate to allow the proper functioning of memory and other aspects of cognition.

To manage this incessant traffic, specialized cells called oligodendrocytes act as controllers by enveloping the axons with a substance called myelin. This myelin is a lipid (or fat) insulator with a characteristic pale color, hence the name “white matter.” It allows the electrical signals of neurons to travel long distances without slowing down or losing intensity. However, myelin also offers an advantage to information passing through white matter: It allows signals to arrive on time, neither too early nor too late.

Today we know that because of its plasticity, the geography of the brain is constantly changing. Research published in recent years has shown that white matter doesn’t only change during development but also later, for example, during learning.

The Rules of Neural Traffic

This type of plasticity had been observed mainly in the synapses of grey matter, which contain numerous cell bodies and relatively few myelinated axons. It has now been shown that the structure of white matter constantly adapts and reorganizes itself. Through this form of plasticity, called adaptive myelination, the structure and properties of white matter are optimized. As a result, communication between neurons is maintained even when the brain’s size, activity, and connections change. In fact, oligodendrocytes can adjust the amount of myelin to speed up or slow down the propagation of signals and maintain stable neuronal trafficking.

But how do white matter and its glial cells adapt to stabilize neuronal traffic and accomplish this incredible coordination challenge?

This question, like many concerning glial cells, is difficult to answer with traditional neuroimaging methods, but it’s of primary importance to a better understanding of neurodegenerative diseases. One example is multiple sclerosis, which causes myelin thinning and leads to systemic disorganization of the flow of information in the brain, causing profound cognitive and motor disorders.

A recent interdisciplinary study provides a better understanding of the rules governing the control of neuronal traffic in white matter. It’s important to note that neuron activity—a series of Morse code-like impulses—is not random. Rather, neurons tend to activate in groups and synchronize, generating waves or oscillations called brain rhythms. Researchers believe that in order to communicate with each other, different areas of the brain must be able to align and coordinate these rhythms.

New results obtained from human brain imaging data, combined with mathematical models, show that white matter reorganizes itself to optimize the alignment of these rhythms. To do this, it controls the speed at which these waves propagate through white matter by adjusting the amount of myelin present.

Oligodendrocytes, therefore, adapt the conductivity of axons to enable them to respond effectively to changing neuronal traffic demands and orchestrate the alignment between the oscillations present in different parts of the brain. They’re real cellular air traffic controllers!

Even the Sick Brain Manages

Some experiments in animals have shown that preventing glial cells from adapting in the presence of injury limits recovery and causes many cognitive and behavioral problems.

The plasticity of white matter appears to be a key element of brain resilience and could, therefore, represent an interesting option for developing new therapeutic approaches, particularly in stroke victims. These new results highlight the importance of glial cells and white matter plasticity in the functioning and flexibility of cognitive processes.

Jérémie Lefebvre is an associate professor of computational neuroscience and neurophysiology at the University of Ottawa in Canada. This article was first published on The Conversation.