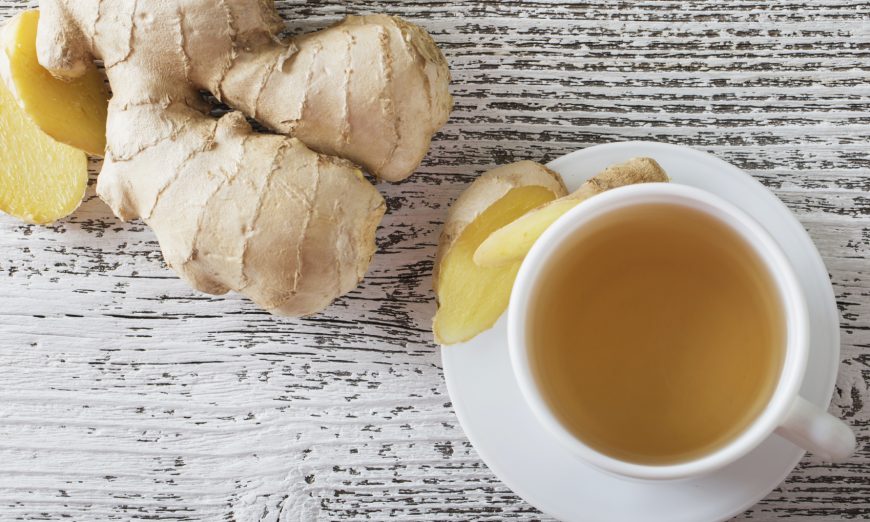 Ginger is beloved for its flavor, but this potent herbal remedy could help unlock a cellular cure for many diseases. (Maya23K/iStock)

Researchers have discovered that ginger, an ancient herbal remedy used for cooking and medicinal purposes, supports the regeneration of the cell’s powerhouse and may reduce the effects of mitochondrial dysfunction.

A study published in the Journal of Food Science found that ginger extract and gingerol, an active compound found in ginger root, both play a similar role in stimulating the AMPK-PCG1PCG1α pathway, which regulates the process of mitochondrial biogenesis.

While further research is warranted, researchers theorize that ginger could mitigate the effects of aging on mitochondria and significantly reduce or prevent the onset of mitochondrial dysfunction diseases such as diabetes, obesity, cancer, and cardiovascular disorders.

What Is Mitochondrial Biogenesis?

Mitochondria, an organelle found in most cells, perform cellular respiration and metabolic procedures by breaking down nutrients and turning them into energy that the cell uses for various functions. Something like the battery pack of cells, mitochondria make it possible to perform daily activities by deriving energy from carbohydrates and fatty acids.

Mitochondrial biogenesis is the process used by cells to increase the size of these cellular powerhouses through the growth and division of the existing mitochondria. Impairment of this biogenesis can be linked to the process of aging and multiple diseases such as Type 2 diabetes and Alzheimer’s, so researchers are eager to discover additional methods to regulate biogenesis for prevention and treatment of these diseases.

Mitochondria: The Key to Slowing the Aging Process?

As your body ages, mitochondria weaken and die, resulting in increased fat storage, decreased skeletal muscle mass, and cognitive decline, as well as the onset of other age-related diseases. Researchers theorize that the proliferation and strengthening of mitochondria (via biogenesis) might be the key to slowing down the aging process and mitigating related illness. Mitochondrial dysfunction disorders include:

It is well known that environmental stressors such as short- and medium-term caloric restriction, fasting, exercise, and low temperatures (such as cold therapy) all positively impact the process of biogenesis. However, researchers are eager to discover additional natural substances that might produce similar results in the proliferation of mitochondria.

Researchers studied the impact of ginger extract on several organs and tissues, including skeletal muscles, the heart, and liver and found that ginger extract positively influenced several functions related to mitochondrial biogenesis, including:

Both in vivo and in vitro studies indicated that ginger has the potential to increase mitochondrial biogenesis. Researchers tested the efficacy of both ginger extract and 6-gingerol, a component of ginger root, and found no difference in the results. Thus, they concluded that 6-gingerol may be the active component that stimulates biogenesis.

In addition to ginger extract, the following substances have been identified as having therapeutic properties that induce the biogenesis of mitochondria:

Whole-body metabolic function depends on the capacity of mitochondria. By increasing the number and strength of mitochondria through biogenesis, researchers believe that it is possible to significantly reduce or prevent the onset of multiple age-related diseases linked to mitochondrial dysfunction, including diabetes, muscular degeneration, cancer, cognitive disorders, cardiovascular disease, and obesity.

Bioactive compounds such as ginger extract or 6-gingerol present an exciting potential therapeutic treatment in the proliferation of mitochondria by activating the AMPK- PGC1α pathway. While more exploration is needed, researchers are eager to continue studying the possible mechanisms of ginger extract in the treatment of mitochondria dysfunction.