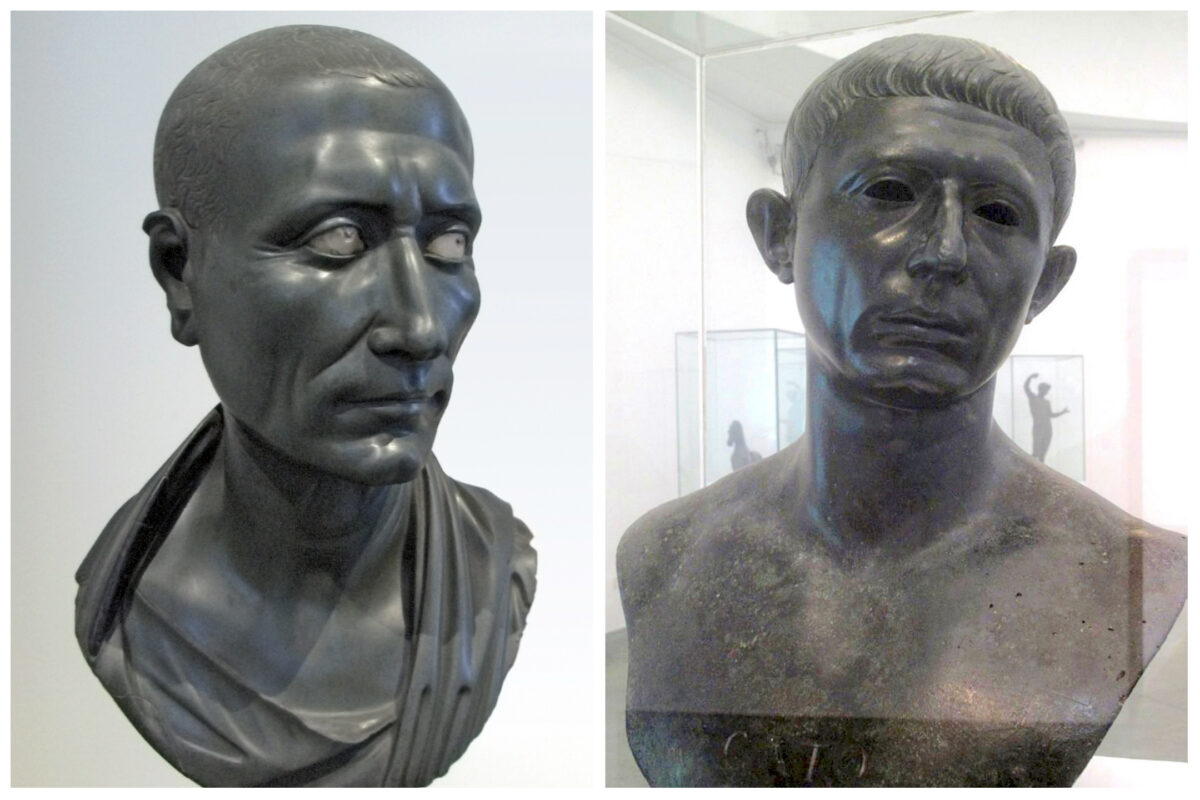 An insightful critique of how politicians ruined a republic
BY Dustin Bass TIMEAugust 21, 2022 PRINT

For those interested in the history of statecraft, there are few topics more compelling than the Roman Republic, and in particular the reasons for its fall. Josiah Osgood, professor of classics at Georgetown University, has written an insightful and important work on this topic.

His book “Uncommon Wrath: How Caesar and Cato’s Deadly Rivalry Destroyed the Roman Republic” delves into the political warfare waged between two of Rome’s leading men of the first century B.C.—Julius Caesar and Cato the Younger.

Osgood is one of the leading historians on ancient Rome. His scholarship is made evident by his ability to present in clear order what led to the destructive infighting between the allies of Caesar and Cato, and ultimately the destructive civil war known famously as Caesar’s Civil War.

Osgood states early on in the book that “war broke out not because of enduring hatreds in large swathes of the populace. It broke out because of the fighting between politicians. Years of demonization and threats, of violence and obstruction, by Caesar, Cato, and their respective allies, meant that each side feared to back down.”

Setting the Stage for Disaster

The author presents Cato the Younger as a man above reproach (though his integrity doesn’t always endear him to others), who has taken it upon himself to lead Rome out of the darkness of bribery and corruption. He never demands more of others than he demands of himself, though in a republic where politicians thrive on bribery and corruption, those demands are severe, difficult to abide by, and even more difficult to enforce.

Caesar is presented as a man on the make. His ambitious spirit is counter to Cato’s, though his qualities, like generosity and mercy, as well as his charismatic personality make him a rather sympathetic figure.

The author succeeds in presenting these two leading figures as both appealing and repellent. Caesar and Cato are, unfortunately, appealing and repellent for polar opposite reasons. Cato is appealing because of his strong moral character, while at the same time, his stoic lifestyle and morality lead him to be most uncompromising and quite prickly.

Caesar has no issue with bending the rules, living lavishly, and breaking from tradition, and it is this lifestyle that endears him more to the citizens of the city-state than it does to members of the Senate.

Cato’s stringency is in direct opposition to Caesar’s pliability. This is illustrated during the Senate’s debate on the Catiline Conspiracy.

This conspiracy was an attempted coup led by Lucius Sergius Catilina in 63 B.C. When the conspirators were brought to justice, Caesar sought mercy by suggesting life sentences in prison and confiscating their property. Cato countered with death sentences for those involved, suggesting that mercy would lead to the overthrow of the Republic. These counter arguments presented early on are a microcosm of the ongoing conflict between the two.

The Fight for the Consulship

Cato’s control of the Roman Senate, his affinity for filibustering, and his disdain for man’s ambition (particularly Caesar’s) lead to constant scheming between the two politicians. As Caesar rises through the ranks, he utilizes various methods to achieve prominent places in Roman politics with the goal of becoming consul. Bribery, marriage alliances (whom he marries and whom he gives in marriage), and the eventual triumvirate (Caesar, Gnaeus Pompeius “Pompey” Magnus, and Marcus Licinius Crassus) help maneuver him to that goal.

Cato attempts to pull as many political levers as possible to keep Caesar at bay, but eventually Caesar claims the consulship in 59 B.C. along with Cato’s son-in-law, Bibulus, an obvious anti-Caesar politician.

The author points out that the year Caesar’s consulship began spelled the dismantling of the Roman Republic: “In trying to throttle Caesar, Cato had throttled compromise, an essential feature in politics. Both sides had reasons for what they were doing, but together they were undermining the Republic.”

Osgood’s point is an insightful one, and it can be attributed throughout the history of statecraft. Political opponents have their “reasons” though they often falter on reasoning together, which results in negative ends. Those ends are often the undermining of the established government or “large swathes of the populace.”

The distrust between Caesar and Cato had built up so extensively that neither trusted each other’s motives. Caesar had an army on the outskirts of Rome, his military victories were demanding of much praise, but his desire was to become consul again. Cato would not abide Caesar’s return to consulship, and most definitely not a return to Rome with an army at his command. Therefore, Cato ironically allowed Pompey to assemble his own army and, even more ironically, to be installed as dictator.

As the story progresses, Caesar gains more power, while Cato, and therefore the Senate, loses power. Cato’s warnings of Caesar’s dictatorial goals come to light, at times violently. The author shows Cato as a man trying to plug a ship with too many holes. Caesar, on the other hand, is at the rudder.

In Cato and Caesar, we see the ultimate in partisanship. This was more than two personalities conflicting. Cato and Caesar were (and are) the personifications of political movements colliding. Two sides that “feared to back down” chose war over compromise.

After the assassination of Caesar, another civil war, and the rise of Gaius Octavius (eventually known as Caesar Augustus), we see the best of Caesar and Cato converge, but at the expense of the Republic. Osgood further iterates that later Romans, as well as non-Roman statesmen, were influenced heavily by Cato and his staunch pursuit of moral politics and stoicism.

“Uncommon Wrath” is a powerful work of political analysis on a grand scale. It indicates what can happen to even the mightiest of nations when politics becomes too partisan and strong personalities champion their preferred factions.

The book is about two powerful figures who utilized their influence to create a massive partisan divide where compromise was untenable. Though there are no references to modern American politics, it is most definitely a book for our time.

Osgood has taken one of history’s great moments and turned it into a feast of political wisdom for readers to feed upon. It is also a very enjoyable read strictly from a historical perspective.