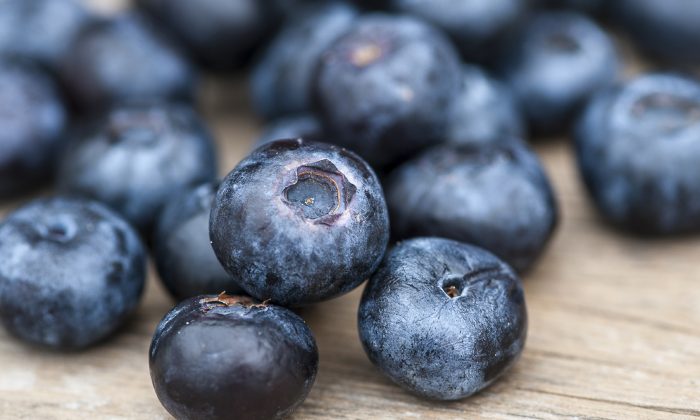 A recent study finds that blueberries are even healthier than ever imagined. Learn what just six weeks of daily blueberries can do.

If we review the landscape of health issues, two that lie at the root of a variety of health conditions are a lack of immune cells and a stiffening of the blood vessels.

When our blood vessels become stiff, they are not able to pump as much blood around the body. This also leads to hypertension – high blood pressure – and the various issues that relate to that, including kidney issues and heart disease.

Blueberries to the Rescue

Both of these conditions – hypertension and reduced natural killer cells – may be reversed through a number of natural strategies, but one of the more delicious strategies comes in the form of eating blueberries.

Researchers studied 25 men and women between the age of 18 and 50 for six weeks. Thirteen of the group were provided with a whole blueberry powder and 12 were given a placebo powder. The blueberry powder was equivalent to 250 grams of fresh blueberries.

Before and after the six weeks, the researchers tested the blood and blood pressure of each of the people.

After six weeks, the researchers found the blueberries significantly decreased the systolic blood pressures and the artery stiffness index of the group. This was measured using pulse wave analysis to calculate what is called the augmentation index. Augmentation index scores have been linked to cardiovascular disease in general.

They also found the blueberries significantly increased the number of natural killer T-cells after six weeks.

Unlike many fruits that require importing, blueberries are native to Europe and North America and many other countries. Blueberries are found in many states in the U.S., including Oregon, Washington, Montana, British Columbia, Quebec and along the Eastern seaboard of the U.S. and in states around the Great Lakes such as Michigan, Wisconsin and Minnesota. Blueberries also grow in Northern Europe and Asia as well as Russia. South America, Australia and New Zealand are also good blueberry producing regions.

This means that blueberries can easily be eaten fresh when in season, and all-year round when frozen or made into jam.