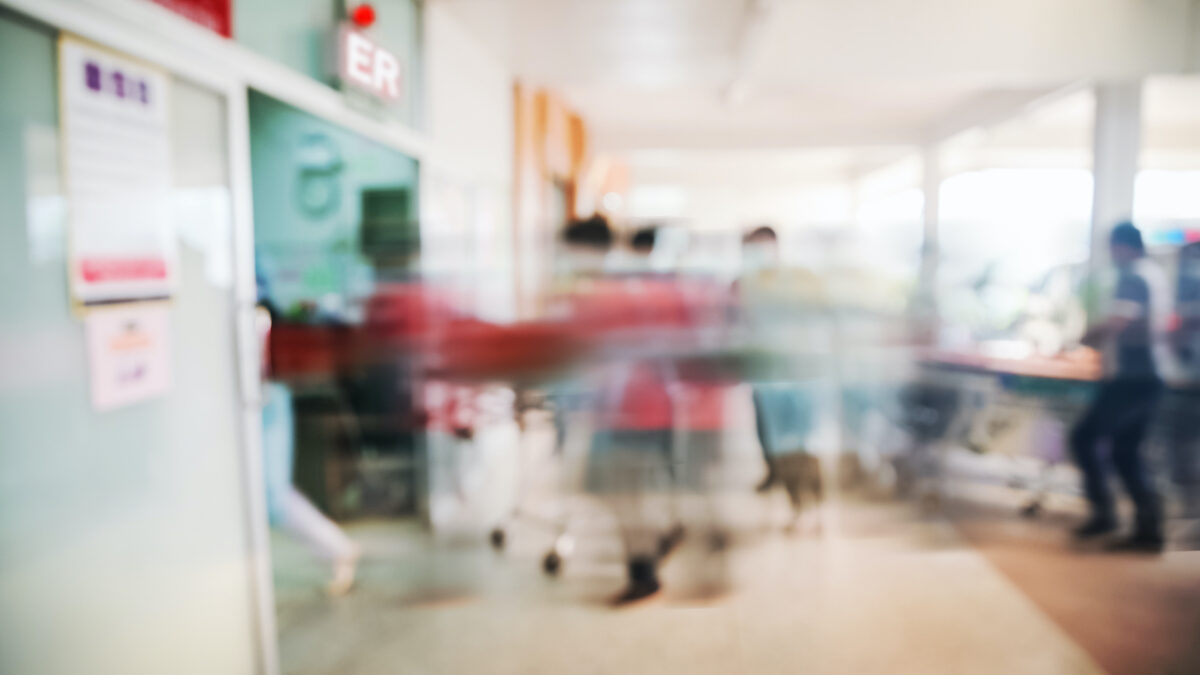 Black Rain: What Happens to My Emergency Room in a Nuclear War

I remember visiting Hiroshima, in 1985. I went with a doctor buddy of mine. It was a strange and yet fascinating place. Our guide was a lovely Japanese woman who said her grandmother survived the blast and recounted the horrors that followed. Everything around the memorial was now built up, with only the ruins of the Hiroshima Prefectural Industrial Promotion Hall as a remembrance.

I remember as a child during the height of the Cold War, listening to the air raid drills and being told by our teachers to “duck and hide.” We would all stop what we were doing and crawl under our desks until the drill was over.

The Russian war against Ukraine is on everyone’s mind, and I have had many patients express their concern that there will be a nuclear war. Far too many patients are asking how they should prepare for such a war.

While I feel the news media is scaring people to hook viewers, the fear is real and I suppose the threat is real too, however unlikely.

So, what does an emergency department look like in such a war?  If the emergency center is too close to the blast, then there really is no ER, and this would be a very short story.

If not, then it really depends upon several factors, including the size of the bomb and the proximity to the blast. The bomb at Hiroshima was 15 kilotons. An estimated 100,000 people died from the atomic blast and both short and long term radiation exposure. The largest nuclear weapon ever detonated was that of the Tsar Bomba nuclear test on Oct. 30, 1961, on a Russian Arctic island.

“The detonation was astronomically powerful—over 1,570 times more powerful, in fact, than the combined two bombs dropped on Hiroshima and Nagasaki,” the National WWII Museum recounts.

There were no deaths, but windows were reportedly shattered some 480 miles away.

There are five major initial concerns from a nuclear blast. I am sure we could all add another dozen or so to this list.

The first obvious one is the massive fireball, which will obliterate everything in its path. The second is the shock wave, which will outpace the fireball as the blast expands and levels buildings and rips out trees. The third concern is the flash of the blast and the permanent blindness that can result. Then there’s radiation. Gamma rays are initially released and will penetrate most anything. They will penetrate into and destroy your cells. Finally, we have the electromagnetic pulse (EMP). This can really affect emergency rooms (as if the prior four concerns weren’t bad enough), since an EMP can lead to widespread power outages, including malfunction of many medical life-saving devices.

While the initial gamma rays are a concern, radioactive debris will continue to spread with the fallout. The radioactive particles from the initial blast coalesce and then fall back down to earth as “black rain.” This is why it’s important to seek shelter quickly and remove or wash off all exposed clothing. It’s best to remain in shelter for as long as possible, at least 48 hours, but the longer the better.

This becomes critical in an emergency department, if it’s still intact. Do we remain in place? Do we try to move patients and equipment underground? What about unstable patients? The safest places will be underground with as much concrete protection as possible.

The initial patients seen in the emergency department will be those suffering immediate trauma from debris. Radiation poisoning will come along soon enough and is obviously exposure-related. A critical component of keeping people safe is to decontaminate patients, doctors, and nurses as quickly as possible. This would be head to toe, and done outside the designated safe area. Wash or hose down everyone from head to toe, but remember, the water used is now contaminated with radiation. Remove and destroy all exposed clothing. Removing the outer layer of clothing can remove up to 90 percent of the radioactive dust, according to the second edition of “Planning Guidance for Response to a Nuclear Detonation” interagency guidebook.

It’s very sad that this quote from more than half a century ago is still so pertinent.

Albert Einstein once said: “Our world faces a crisis as yet unperceived by those possessing power to make great decisions for good or evil. The unleashed power of the atom has changed everything save our modes of thinking and we thus drift toward unparalleled catastrophe.”

Dr. Peter Weiss has been a frequent guest on local and national TV, newspapers, and radio. He was an assistant clinical professor of OB/GYN at the David Geffen School of Medicine at UCLA for 30 years, stepping down so he could provide his clinical services to those in need when the COVID-19 pandemic hit. He was also a national health care adviser for Sen. John McCain’s 2008 presidential campaign.