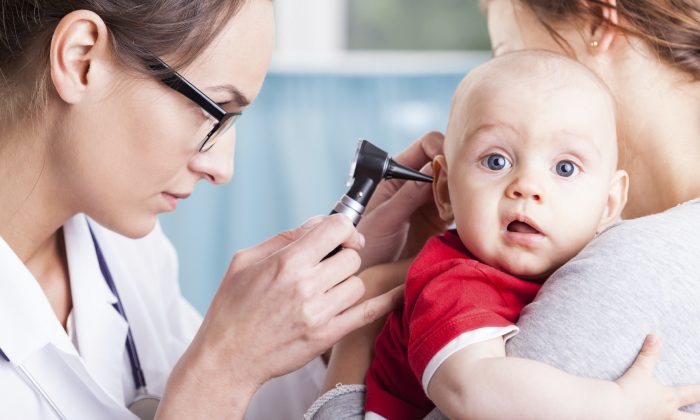 It’s back to school, and every new school year brings new cold and flu viral infections. Learn how certain bifidobacteria fight off and reduce colds and flu infections.

It’s back to school, and kids are passing germs around like soccer balls being footed around school yards. As kids exchange viruses, the new or stronger viruses begin to replicate themselves within their cells – basically turning what were normal cells into clones for the virus.

For this reason, the cold and flu viruses that our immune system doesn’t recognize yet tend to gain the strongest foot-hold.

In addition, when kids are more stressed, they tend to get more colds and flu infections. This has been shown in a number of studies – as referenced in the study discussed below.

This isn’t to say that kids are necessarily ground zero to viruses. Many of these are replicating among different critters such as bats and birds long before they take hold on the young. And kids don’t necessarily get them first either. Sometimes cold and flu viruses start among the older adults with weakened immunity.

For millions of years, bacteria have been fighting viruses.

Regardless of where they start among humans, those cold and flu viruses that tend to take hold each year are often new: That is, they are genetically different than the viruses that were attacking humans the previous year. Therefore, in order to fight off these new genetic replicators, the immune system needs to get familiar with the genetic or functional weaknesses of each new virus. Once the immune system finds its weakness, it can launch a targeted attack and begin to unravel the replication process that takes place.

For millions of years, bacteria have been fighting viruses. You might say they’ve been involved in a continuing battle for conquest.

Except that viruses are not alive like bacteria are. They are more like the “borg” from Star Trek. They might be organized by a larger force, unlike bacteria, each viral unit is not a separate living entity.

Therefore, the bacteria have a little advantage: You see, because bacteria are alive, they seek to survive and maintain their territories. And they will fight to the death to save their colonies.

When we translate all this down to the bacteria that live in our guts and mucosal membranes throughout our bodies – we gain an understanding of the importance these bacteria play to our immunity.

In other words, bacteria can help our immune system identify the weaknesses of new viruses that attack our cells. How so? Because they often have been fighting a similar virus at some other point and place in time, so they may remember or be able to figure out the genetic or functional weakness of the virus before our immune cells can.

Then amazingly, these probiotic bacteria have figured out how to communicate to our immune system just what those weaknesses are – in addition to attacking the virus from their own positions.

This is not speculation. And there is evidence illustrating the ability of our probiotic bacteria to help fight off cold and flu viruses – especially the new ones.

The latest evidence comes from the Food Science and Human Nutrition Department of the University of Florida. In a clinical study on a college campus, the researchers determined that supplementing with probiotics – especially bifidobacteria, will reduce those colds and flus that tend to attack during the fall and winter months.

The randomized, double-blind, placebo-controlled study – published in the British Journal of Nutrition – enlisted 581 students who were determined to be “academically stressed.” That is, they were preparing for their final exams. As mentioned above, other research has found that during these times of academic stress, the immune system is weaker and colds and flu infections are more frequent.

The study tested the college kids for six weeks. They were randomly divided into four groups. During the testing period, the kids consumed either a placebo or a probiotic supplement with one of three possible probiotic species – Lactobacillus helveticus, Bifidobacterium infantis or Bifidobacterium bifidum.

The Importance of Probiotics After Antibiotics

The researchers found that those kids who took the Bifidobacterium bifidum probiotic supplement had significantly fewer cold or flu infections over the six-week period. This translated to a significantly increased percentage of the number of healthy days for the students who took the Bifidobacterium bifidum supplement. Those taking the B. bifidum also had less severe colds and flus when they did get them.

However, the other probiotic supplements did not lessen the total number of days total of colds or flu among the students compared to the placebo. But the number of cold/flu episodes at weeks 2 and 3 were also lower among the B. infantis group – in addition to the Bifidobacterium bifidum group.

This means that while Lactobacillus helveticus probiotics are certainly important to digestion – and have been found to deter other types of disease (such as reducing blood pressure – see my book for the evidence) Bifidobacterium bifidum and to a lesser degree, B. infants – tend to do the heavy lifting when it comes to combating cold and flu viruses. The researchers agreed, as they concluded: