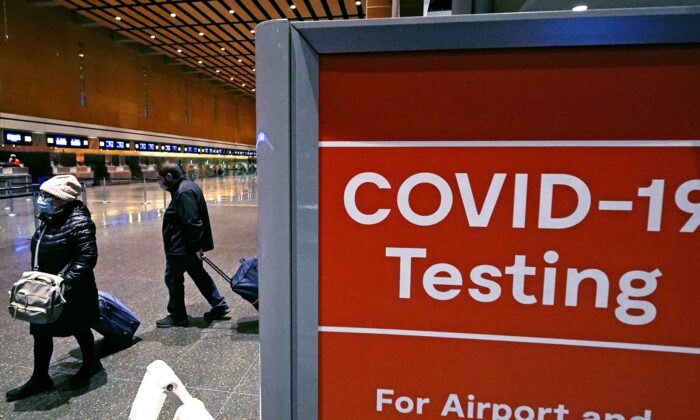 The Biden administration has inked a deal with the North American arm of a German pharmaceutical company to build a plant in Wisconsin that will produce lateral flow membranes used in rapid diagnostic test kits, including ones used to detect COVID-19. But the facility won’t be built for another three years and so the move won’t help alleviate America’s current test kit shortage.

The Department of Defense (DoD) said on Dec. 29 that it had awarded a $136.7 million contract to MilliporeSigma, the U.S. and Canada Life Science business of Darmstadt-based Merck KGaA, for the establishment of nitrocellulose membrane production capacity in the United States to support COVID-19 testing and other needs.

Nitrocellulose membrane is a key component used in the manufacture of rapid tests for the CCP (Chinese Communist Party) virus, also known as SARS-CoV-2, the pathogen that causes the disease COVID-19.

“This industrial base expansion effort will allow MilliporeSigma to establish a nitrocellulose manufacturing capability in its Sheboygan, Wisconsin facility to support more than 83.3 million tests per month for COVID-19 testing and future needs,” the DoD said.

Money for the plant will come from American Rescue Plan Act (ARPA) allocations to support the expansion of the U.S. industrial base for critical medical resources.

MilliporeSigma said the facility would take three years to build, a timeline that would not ease the administration’s near-term scramble to ramp up the availability of COVID-19 tests that are in short supply. The company added the facility was being set up “to help respond to future pandemics.”

President Joe Biden announced earlier in December that the federal government would buy half a million COVID-19 rapid test kits and distribute them free of charge for people to use at home.

White House COVID-19 coordinator Jeffrey Zients told a briefing on Wednesday that the DoD and the Department of Health and Human Services (HHS) are “executing on an accelerated contracting timeline,” and that the White House expects the contract to be completed late next week.

“That means that the first deliveries for manufacturers will start January,” Zients said. “We’ll set up a free and easy system, including a new website to get these tests out to Americans. We’re actively working to finalize that distribution mechanism, which includes a website where people will be able to order tests for free.”

Some experts believe that those figures are actually higher and that a testing crunch is leading to the under-capturing of infection data.