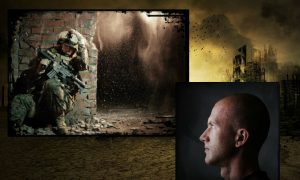 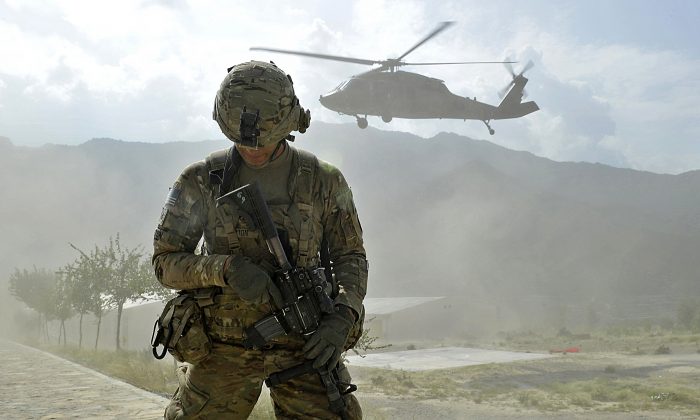 Although the horrors of post-traumatic stress disorder are better understood than ever before, experts say some war veterans are misdiagnosed and may instead be suffering from a complex spiritual wound.

It is a condition that has plagued mankind since the beginning of civilization but is only now getting a name: moral injury.

Moral injury is the crisis of conscience that happens when people do things, fail to do things, or simply witness an act that goes against their deeply held morals and beliefs. The concept was introduced by Jonathan Shay, an American doctor and clinical psychiatrist who traced moral injury themes back to Greek mythology, such as Homer’s “Illiad” and “Odyssey.”

War veteran Michael Yandell was 19 when he enlisted in the U.S. army in 2002. He believed that becoming a soldier was the best thing he could do in response to the 9/11 terrorist attack. He was deployed to Iraq in 2004 for six months.

It wasn’t any single event that left him sleepless, depressed, and “drinking lots” when he returned home. And it wasn’t PTSD. It was the conflict between what he had done and witnessed while in service—children growing up in war zones, morally questionable acts committed for the “greater good,” being part of a violent institution—in contrast to what he had come to believe in: peace, beauty, and the fundamental value of all human life.

Treating moral injury does not come in pill form, and it is as individual as the souls it afflicts.

“It is the paradox of having the war as such a formative experience in my adult life, and my refusal to acknowledge that the war can be a part of my life, that morally injures me,” Yandell told the audience at a conference on moral injury in October 2014.

“I cannot escape my experience and yet who I am rejects what war is, and what I was in war. This creates the most surreal experience of being uncomfortable in my own skin.”

Rev. Dr. Rita Nakashima Brock is very familiar with this unique brand of existential suffering. Her father was a medic during World War II and later served in Vietnam. He came home a different man, someone Brock struggled to understand until she learned more about his traumatic war experiences years after his death.

Now she spends her career tending veterans’ spiritual wounds as a professor of theology and culture at Brite Divinity School in Fort Worth, Texas. She co-founded the school’s Soul Repair Center, which is dedicated to research and public education about moral injury recovery.

In her book “Soul Repair: Recovering from Moral Injury after War,” Brock describes the condition this way:

“Moral injury results when soldiers violate their core moral beliefs, and in evaluating their behaviour negatively, they feel they no longer live in a reliable, meaningful world and can no longer be regarded as decent human beings.”

The study of moral injury is in its infancy, but Brock says those on the front lines of helping soldiers re-integrate into society—chaplains, clinicians, therapists—are starting to understand the concept, and its distinction from PTSD. As early as 2009, some Veterans Affairs clinicians in the U.S. called for moral injury to be separated from PTSD because they observed that moral-based emotions such as guilt, shame, grief, and remorse were greater factors in veterans’ suffering.

Whereas PTSD is a diagnosable fear disorder in response to specific trauma, moral injury is not a mental illness. It is realizing your value system doesn’t match your experience anymore, and the painful, disorienting process of building a new one.

I cannot escape my experience and yet who I am rejects what war is, and what I was in war.
— Iraq war veteran Michael Yandell

For example, violence on the battlefield is courageous and encouraged. In society, however, violence is condemned and punished. How to reconcile the two? If you see yourself as a repulsive monster who took a human life, how do you go on to have intimate relationships, hold down a job, or be a role model for your children?

Brock said in an interview that governments and policy makers are mostly unaware of this complex condition, let alone providing funding for its treatment, which is multi-layered, vague, and vastly different for each individual. It will also likely be an uphill battle for recognition, as governments and corporations have a vested interest in downplaying the consequences of war.

It’s a lot easier for society, she says, to put vets into the two categories of “heroes or head cases” with no idea where to place the rest.

But Brock sees moral injury as a “normal human response” to abnormal or extreme conditions—an anguish of the soul that anyone with a conscience faces when involved in heartbreaking circumstances. She has witnessed it countless times, and not only among war veterans.

There was the busy executive who for years neglected to spend time with his mother, only realizing the scale of loss after she died. Or the police officer who was begged by a car crash victim to shoot him as an act of mercy, but instead watched him burn to death. Or the poverty-stricken single mother who has to choose between feeding her children or heating the house. All suffer from moral injury because they were forced to cause harm within a larger system out of their control—yet also within it. Inevitably, they are left to endure the fallout alone.

Despite the lack of research on moral injury, the very existence of the term is a big step forward.

Yandell echoed this isolating feeling, saying: “From having been a part of something like war, which is so much bigger than me, but feeling personally responsible for the consequences of it, long after I’d distanced myself from the war. It’s a feeling of intense betrayal. And the betrayer and the betrayed are the same person: my very self.”

Moral injury can also materialize from praise and the war hero narrative, Brock says. Consider a soldier who is awarded and praised for bravery in battle, but inside is horrified about ending a human life. The praise then becomes a constant reminder of this inner turmoil.

Many of the life-and-death occupations in modern society—medical personnel, police, firefighters—are also very vulnerable to some form of moral injury, Brock notes, because the fear of being sued or criminally charged discourages individuals from owning up to their mistakes. As a result, the emotional wounds are repressed and left unresolved for both the victim and so-called perpetrator.

“What happens in the military has its own features, its own distinctiveness,” she says. “But I think a civilian could have moral injuries severe enough that they would kill themselves, or leave their profession, or be depressed all their life, in the same way that happens to veterans.”

Despite the lack of research on moral injury, the very existence of the term is a big step forward. In Kansas City this October, a national three-day conference on the issue will be held—the largest of its kind to date. It aims to educate service providers, caregivers, community and religious leaders, and veterans and their families about the struggles of reintegration into civilian society.

In another sign of this growing awareness, a Kickstarter campaign was launched this year to raise funds for a documentary on moral injury and share stories of soldiers’ recovery.

I think I was just profoundly changed and there is no changing back.
— Iraq war veteran Michael Yandell

But healing or treating moral injury does not come in pill form, and it is as individual as the souls it afflicts. For Yandell, healing was a process of inner reflection through studying theology, helping others by speaking about the condition, and rediscovering a love for music.

“As far as hope and healing goes it’s just being able to affirm something in the world still, even one’s own personal world, that is beautiful and worth pursuing, that’s worth trying to do well. That’s what helped me the most.”

It also meant rejecting the idea of being “broken,” he says.

“I don’t feel like less of a person or necessarily a broken person all the time, but I think I was just profoundly changed and there is no changing back.”

What is essential in treatment, says Brock, is the participation of families and communities in soldiers’ healing, to challenge their feelings of shame, grief, and isolation head-on.

“Morality has to do with social relationships. You didn’t become a moral person by yourself, so you need other people who respect you and care about you and are willing to take this long journey.”